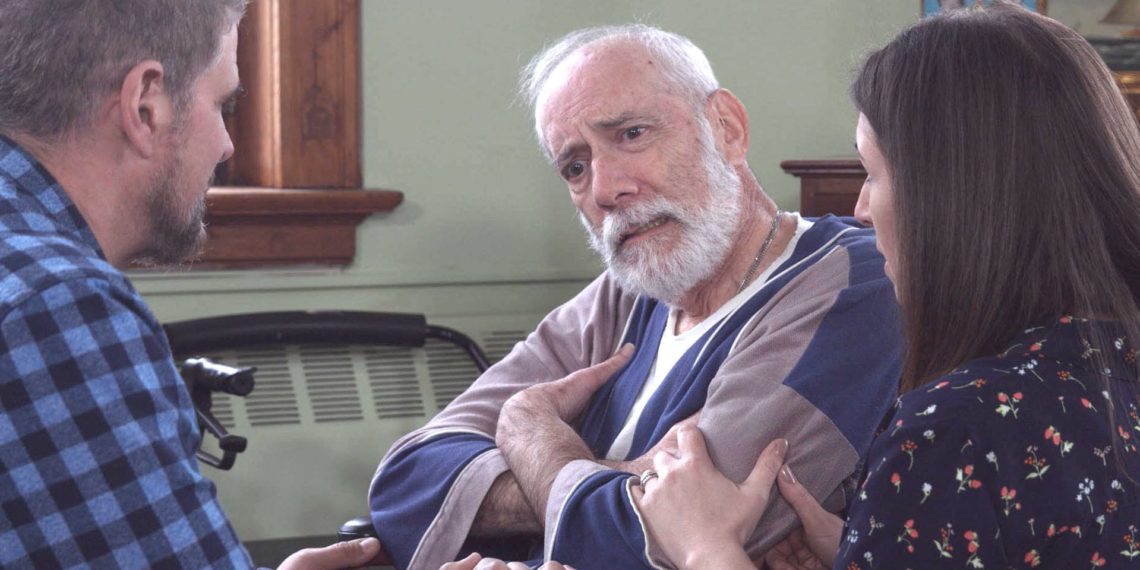 Death, many would argue, is hardest on the people left behind. From that perspective, what is death if not absence? And if it is an absence that torments those left behind, death is no worse than dementia. It is perhaps worse, losing a person one piece at a time so that near the end, your love for them has been slowly chipped away at too. In Bobby Chase’s Dementia, this shows more clearly than anything else the film tries to portray.

Kevin (Daniel B. Martin) drives down to visit his dad at the nursing home, resigned to having lost his father. His father, who suffers from late-stage dementia, does not recognise Kevin, whose desperate aggression only frightens him (Ken Goldfarb is top-notch). Kevin admits to having depression, although his unwarranted hostility makes him susceptible to alienation from the viewer. As a last-ditch effort, on the instructions of his sister, Erin (Sarah Accornero Wasserbach), he recreates a childhood memory by performing an embarrassing dance routine; Erin joins midway. For even just a moment, their dad does come back, perhaps giving everyone a chance to say goodbye.

Goldfarb turns in the winning performance, even before he has the occasion to speak. There is a sincere vulnerability in his act as well as hints of a wholesome sense of humour in his closing lines. Martin, although he has his moments, is awkward (in part due to unwieldy writing). Perhaps he is appropriately so, although DP Aj Henderson’s framing does not do him any benefits. In fact, for the entire film, Henderson’s decisions on visuals do not fit the plot well enough, making it feel all over the place. Accornero performs second best to Goldfarb, short though her screentime is.

The screenplay in and of itself feels rather hashed, treating a sentiment with cliches without deeper development. The conclusion, for instance, ends up more saccharine than heartfelt. Dementia, ironically, has its shining moments; for the most part, it struggles to overcome the limits of underdevelopment.