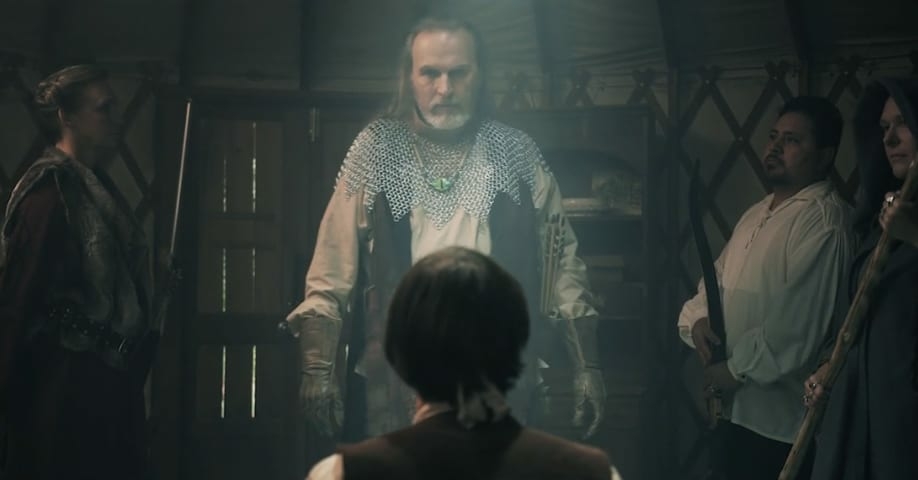 Directed by Chris Love, Ian’s Realm Saga is your extended trailer to a longer potential project. Based on popular author D.L. Gardner’s fantasy adventure series of the same name (she also wrote the screenplay), the 15-minute film rushes along after Ian, a teenager in pursuit of his father, who soon finds himself embroiled in conflict against dragon worshipping tribe.

Set in an alternative world called The Realm, the short unpacks the more important plot points of the story in a limited time. The film is a well-edited one; transitions have a rhythm to them and even though the plot jumps from one event to the other, it does not come off as jarring. As a potential feature film, the story promises absorbing drama, with due polishing, of course.

Ian, played by Jeffrey Stillwell, enters The Realm to find his father (John Henry Whitaker) who disappeared three years ago. He is greeted by Daryl (Manny Colin), who promptly steals his cellphone– the key to the portal. Enslavement, dragon attacks and banishment later, he finally does find his father, who has ascended to a leading position among a tribe devoted to slaying the dragon which menaces the village. The film closes on the cusp of an epic battle, successfully enticing its viewers to want more.

The surprise here is Manny Colin whose act as Daryl is more intriguing and engaging than perhaps any other actor in the film. Stillwell’s portrayal is rather in need of reassessment. He appears almost constantly agitated and surly. Though that may be appropriate teenage behaviour, it does not make for a likeable or interesting protagonist. The majority of the film is shot in handheld; sometimes it works, at other times, it is as haphazard and jarring as the protagonist’s rage-fuelled actions.

Ian’s Realm Saga, is a rather well-made sample of everything the makers have in store. It shall be worth seeing if they can come up with the new YA saga that grips demographics across the world quite as well as its potential predecessors.