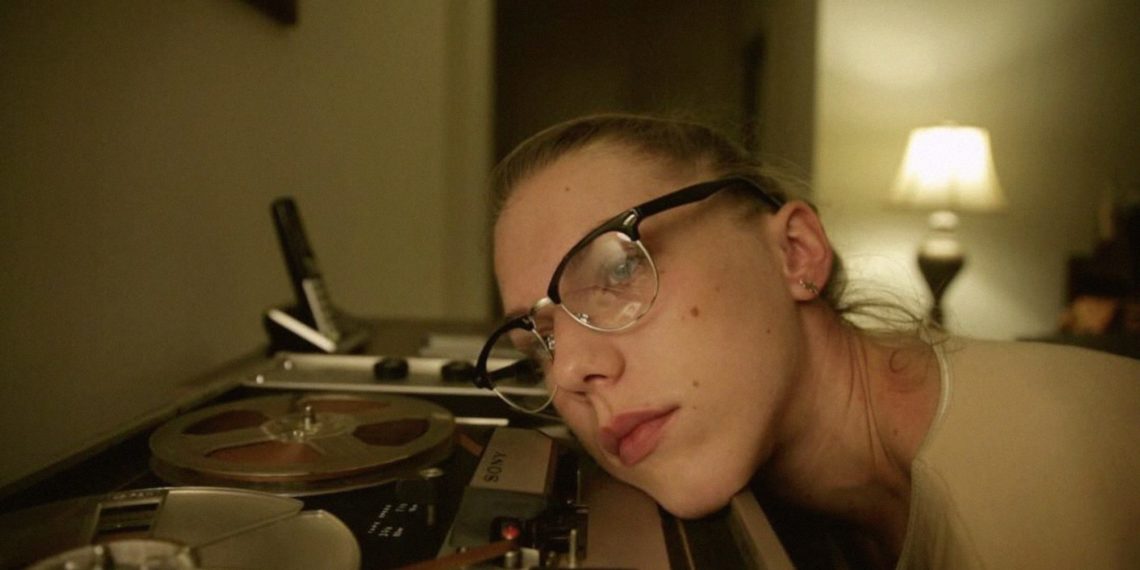 Protagonist moves into new apartment/house/villa with a horrific past and is subsequently served up as dinner for body-snatching ghosts/demons/any number of variations on a malevolent supernatural entity. Writer-director Lucy Luna’s We’re All Here is a story we’ve all seen play out before.

Christin Muuli as Anika Mills, a literature podcaster and the latest unsuspecting protagonist, is natural but it is not enough to make the plot interesting; indeed her potentially interesting and rather elaborate character buildup is abandoned halfway, used only as an expository tool to introduce an archaic sound recorder – the latest conduit for malevolent entities to communicate with the latest unsuspecting protagonist and carry out their age-old nefarious schemes. Anika uses it to record her next podcast – we find out the previous family was murdered, leading to delightfully low rent – when someone rings the bell. Lo and behold, there’s no one there. And hence commences the malicious ways of the entities in this utterly predictable, half-baked story. The exposition itself is riddled with continuity flaws.

If one were to watch this in the dead of the night, with a ravenous appetite for any and all horror flicks, the film would go down well. Hopefully washed down with something fresher.

The production design is passable. Kathrin Asmus’ cinematography employs a beige colour scheme to give off an unnatural, sickly air and it mostly works. Camera work is far too generic to be remarkable. Mediocre horror flicks have made the lights flicker so often, it would be laughed away even if it did happen in reality on a quiet Tuesday night.

The film even employs the trick of introducing the next unsuspecting victim, played by Esteban de la Isla. At this point, everyone and their dog knows what happens next and what has happened in the meantime, and few really care. Unless it is the dead of the night, and you have a ravenous appetite for any and all horror flicks, like cheap ghosts on a body hunt.