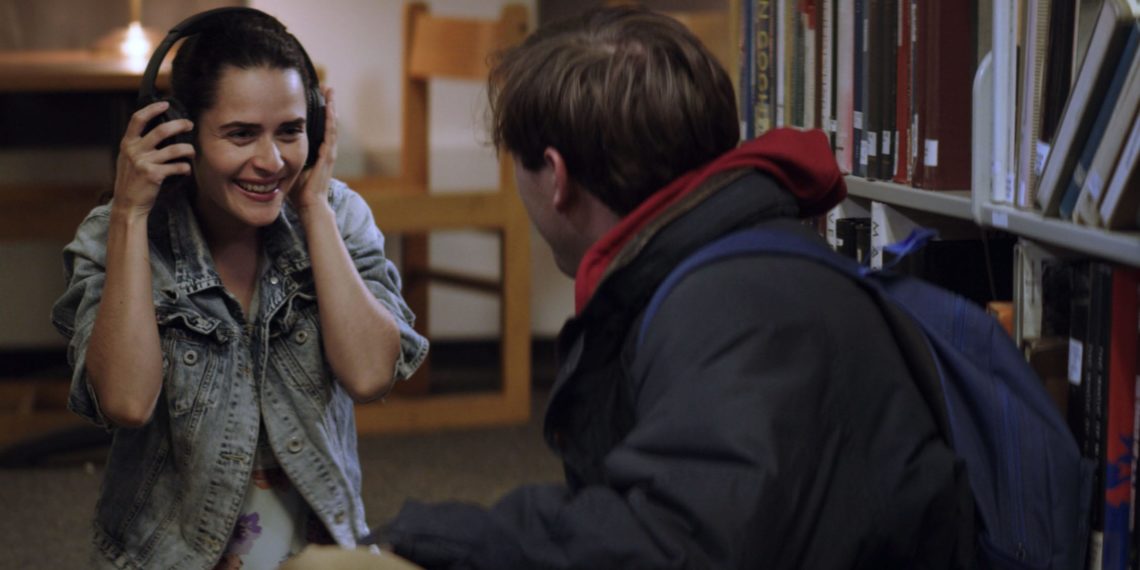 Things That Fall unfolds at a college, introducing us to Alex who is struggling with his midterm exam. Alex suffers from auditory hallucinations, which quickly borders on unbearable for the viewer in the limited time that the film subjects you to it. Written and directed by Sy Huq, Things That Fall takes the viewer into Alex’s tormented mind, and in his key moments, portrays scenes as it feels to him – it may come off as a little too dramatic but on stepping into his shoes, everything feels natural.

The film is positioned as a romance, though the plot concludes while only a friendship has just begun to brew. Alex (Sterling Beaumon) meets deaf fellow student Carly (Stephanie Nogueras), first in the exam hall and later in the library, finding himself drawn towards her. This is the brooding-guy-inexplicably-in-love-with-regular-girl plot but with more substance and reality, and a mercifully wise runtime (8:27 minutes). Leaving it off where it does and for showing the story through Alex’s perspective, Things That Fall ends up as a tender story of finding connection – and reaching out – despite personal limitations.

The camerawork is, for the most part, run of the mill, no special frills, but an undiffused light positioned on the bookshelves to look the actors straight in the face is an unpleasant change of pace. Beaumon becomes his character well. The jittery actions, the nervousness and every other aspect of his behaviour that could be affected by his condition is portrayed with believable sincerity. Nogueras, of Switched At Birth fame, has regrettably little to do but leaves her mark nonetheless.

When the two ultimately talk to each other (so far contact had been limited to picking up books and polite smiles), it is a natural experience and you might just find yourself feeling a sense of relief for Alex, not with the naive hope that he will be magically healed, but that with a friend, he might not be (or feel) quite so isolated. The addition of the annoyed librarian (Valeri Ross) is a prudent decision; it adds some comic relief, expanding the plot’s range of emotions.

Things That Fall, minor flaws and all, serves to educate on a topic not widely known through a connectable story that reaches out to people far quicker than statistics.