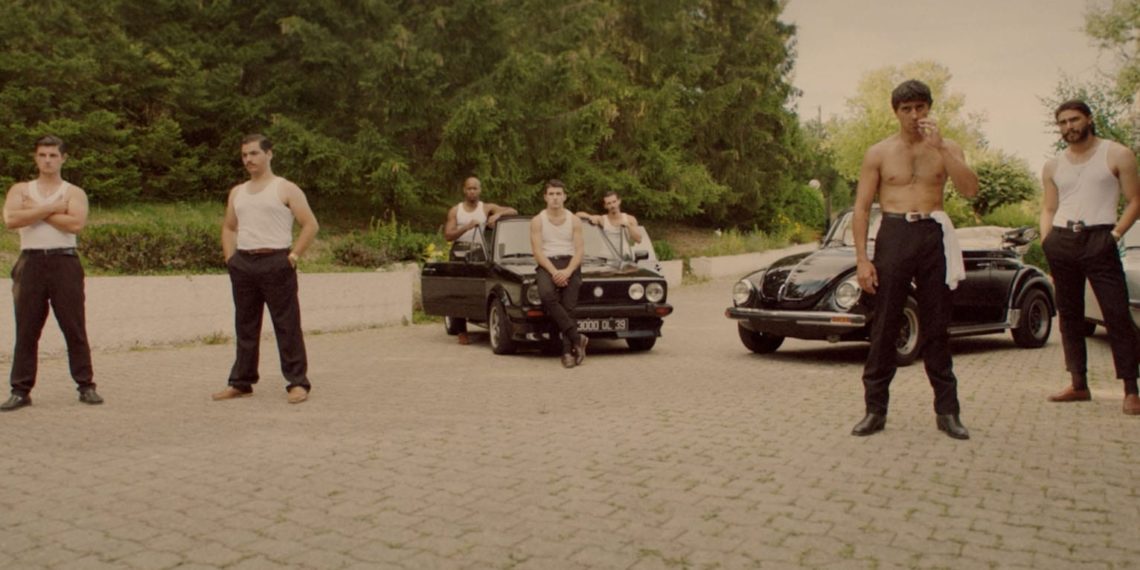 There is nary a flaw in the film’s making (written and directed by Hugo Diego Garcia), every decision comes with distinct motivation and on the whole, you have on your hands a film that is visually stylised and both inspired as well as original. Set in the 80s, Tony follows its eponymous character through ascension to power, patronage and perhaps destruction. A mere school-going teenager, Tony (also played by Garcia) quickly makes a name for himself, both among possible allies and enemies.

While his rag-tag team of friends-cum-gang members might carry a more raw hunger for violence, by contrast Tony is more reserved and on occasions, shows as much ethics as one can in a cutthroat world and still command respect. For a crime drama, Tony focuses more on the person than the plot, although each drives the other with a strong force. The sum of Tony is the result of his circumstances. Though he wants to be good and go to school, he turns to a life of crime and when in it, he dissents just enough for you to know that his motivations to be more than his circumstances, whichever they may be, still exist.

These sporadic proofs of morality come dangerously close to being obnoxiously on the nose, but to the credit of the writer-director, it toes the line. Tony’s believability is preserved. A fight at school begins hinting at undercurrents of something darker than mere ambition that motivates Tony. In the very next scene, it is shown in full glory, revealing Tony for what he is. Not mindless criminal, not gang leader, but a teenager often reduced to powerlessness in the face of domestic violence.

Though Garcia makes a fine Tony, perhaps nobody is as well cast as Tony’s father, Michel Vivacqua as Francisco, or as he would prefer to be called, Francois. In intimate settings, racial and immigrant tensions play out much starker than in the many spats of violence in the outside, everyday world. The screenplay and Vivacqua masterfully bring out the contrasting co-existence of respectability and the violence with which it is both threatened and maintained.

Music is a prominent aspect of the film. The soundtrack, composed by Malo Garcia, is 80s influenced, synthwave work, and the most obvious proof of the film’s holistic nature: though the music corresponds to its era, it is not a mere shell that functions to signal an era. Instead, it is a fully formed work that is faithful to its story and its protagonist. Each beat works to symbolize its visual counterpart. What this writer considers Tony’s theme fits Tony so perfectly and is in itself such an intricate work, it makes this soundtrack perhaps one of the best around.

Whether it be the distinctive cinematography, or the score, or the very powerful screenplay, Tony is a feat in short film making. In 35 minutes, it tells a story with enough mastery to signal the emergence of a filmmaker who can helm a longer runtime without buckling.

‘Nomeolvides’: The Painstaking Task Of Cutting Off Ties That Are Cutting Into You