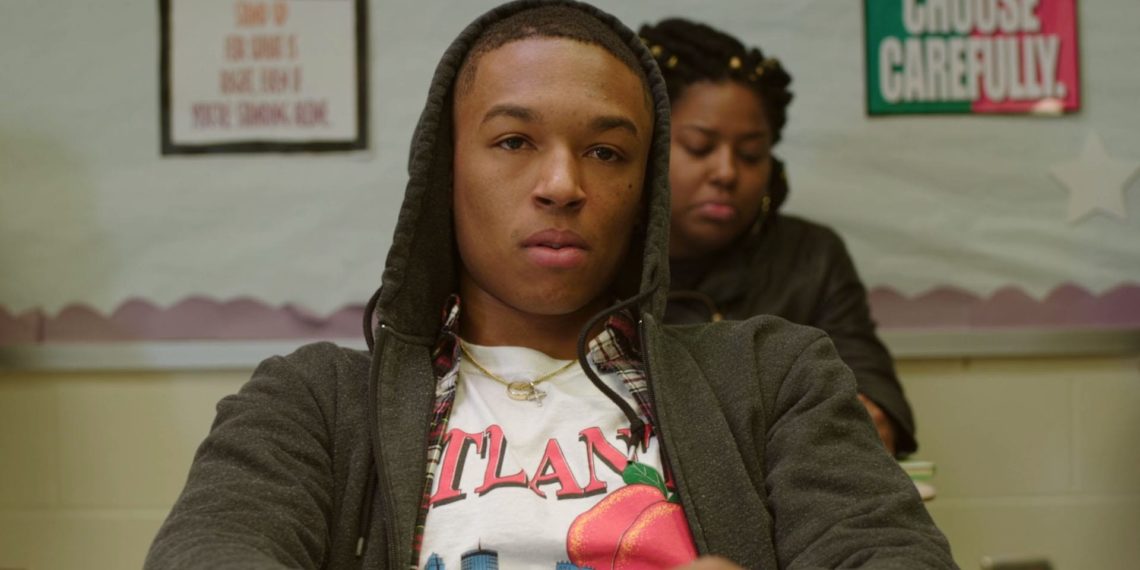 Taher Bowman might just remind you of Miles Morales. He is a regular kid with a cop father, with more interest in art than academics who finds out in a life or death situation that he has superpowers. Adante Watts’ Catch introduces us to Taher, played by Zephaniah Terry, in this 22-minute story, with the promise of more to come.

The film’s opening scene which discusses the discriminatory politics of US highways is presumably set-up for the sequel, its substance having no real significance to the plot here. In fact, the film is a little too bogged down by the burden of setting up future sequels to tell an engaging standalone story. Taher spends most of his time drawing, even during class, appearing almost displeased to be there. He shares a loving bond with his parents. One of the film’s strongest scenes is perhaps his conversation with his mother, Latisha (Carla Fisher) about the new superhero he is designing. It is warm and the two share great chemistry. Just as good is Taher’s conversation with his father, played by Rico Ball (conversations are clearly Watts’ forte). Watts writes the scene with little bits of humour and grounded sincerity and Ball smoothly pulls it off.

Watts writes Taher with nuance, subtly playing with expectations. In his introductory scene in class, he appears detached from his surroundings; using this, Terry infuses the character with an almost surly air. His later scenes at home refute the character trope of the brooding guy. At home, Taher is obedient and pleasant, almost goofy. Yet he displays anger and bitterness at the ways of the world. His progression to power is a familiar path, set apart only by the very real-world situation it depicts.

More pieces come into play here, introducing them with emphasis for the significance they will have later. As the film moves towards the conclusion, the plot feels increasingly incoherent, although the actors deliver entirely believable performances. Fisher and Ball’s performances especially stand out for their naturalness.

P.S. Look out for the post-credits scene!