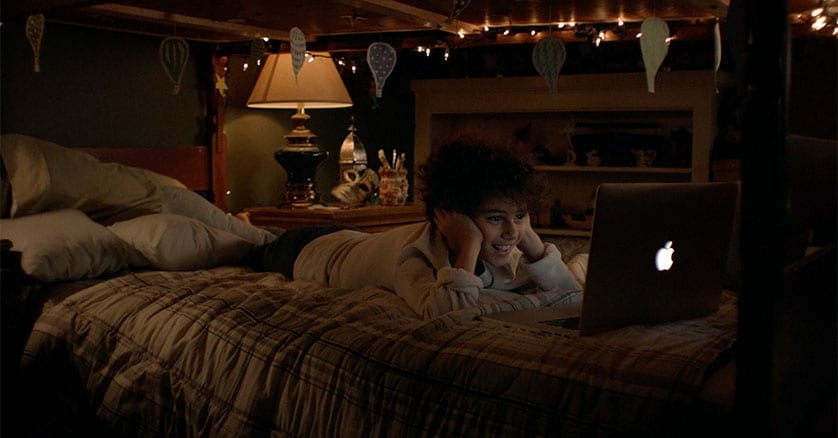 Racism, xenophobia and its cousins do not need to be violent or even rude in their expression. It can be accompanied by kind smiles and gentle words. Tree #3 tackles this head-on, facing varying degrees of humiliation at every step. Omer Ben-Shachar’s 19:52-minute short is an unblinking treatment of the subject, which though is forceful in its philosophy, is full of heart in its treatment.

Little Itai, played by Lior Malka, fumbles with his vlog before his audition for the school play, a take on Sleepy Hollow. Effective screenwriting (Ben-Shachar and Sydney Meadow) enables us to have a fair sense of Itai’s backstory and character in these moments. He has had a rich past: he makes vlogs for his “performing fans”. He is auditioning for a big role. He is an immigrant. The creative head, Ms Crystal (Kelly Ryan) sees his audition and sweetly implies rejection. When the results come out, Itai has been given a non-speaking part for the second year straight, along with Feng, an Asian girl (Eva Du) and Mateo, a possibly Mexican boy (Alex Gonzalez). Though he far exceeds the chosen Ichabod in both talent and eagerness, Ms Crystal (Kelly Ryan) sticks to her decision. Itai must now keep his head down and play it safe or find ways to prove his worth.

Itai finds his voice in what is possibly the best-executed scene in the entire film: that with his grandma (Rita Zohar). Zohar is charming, nuanced and entirely believable in such a powerful way that while others might hit you harder, this is the scene that touches you the most. Shira Gross as Itai’s mother, with her limited screentime, is self-assured and unfaltering. Malka is as eager a performer as the character he plays. In fact, he too delivers best in his scene with Zohar.

In the very next, he refers to his behaviour as pushy Israeli manners, which on the first watch, may be hard to take, but it redeems itself to an extent when you take the previous scene into account – he is performing.

The film’s climax is as appalling as it is viscerally satisfying, both feelings fighting for centre stage. The arrogant white boy, though he is a realistically written, is rather convenient and not particularly compelling. The visuals are terrific, though it does sometimes falter.

Tree #3, though flawed, is shouldered by strong performances and an unapologetic plot, that is worth watching many, many times.