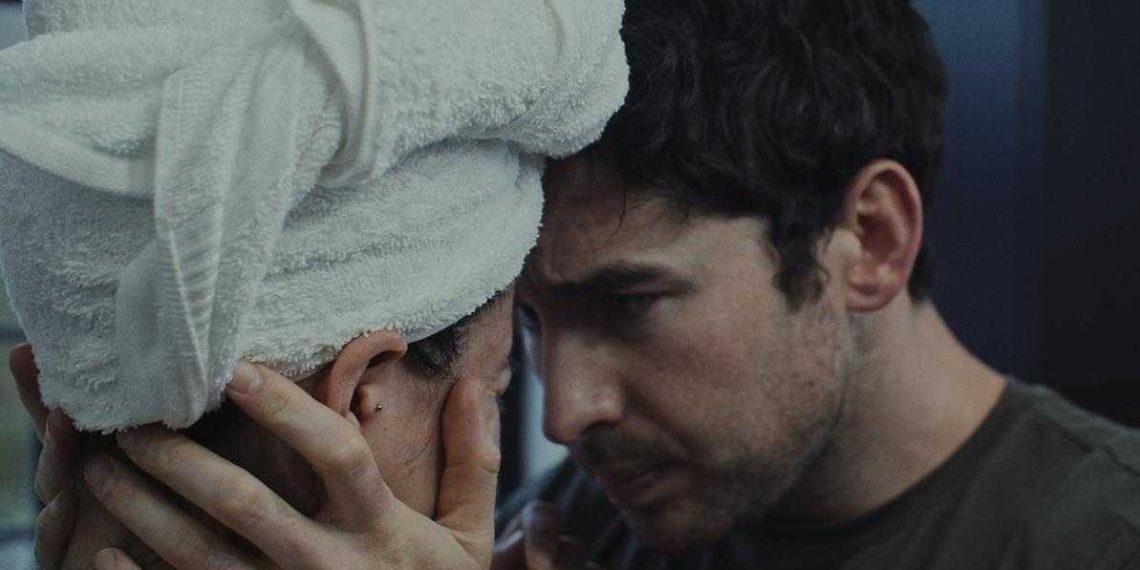 From the shock of realizing one’s fragile health to reclaiming its lost vitality, confronting the unthinkable and then embracing it for the world, Can’t Hide It goes through the whole drill. Numerous films/books/talks have covered this topic before and yet it’s never been enough. Writer-director Richard Miller’s 16:45 minutes of narration explores not only the pain the patient lives with but also the silent suffering of the loved ones who are equally helpless, in sharing the ordeal.

Kim (Esther McAuley) comes across as any regular woman as she prepares for the gathering. Her nervousness, although evident could easily be mistaken for social anxiety. As the camera follows her around, we see the world through her prism. The agonizing moments of self-doubt and fear, the anxiety and frustration and the charade she attempts to play for all. As she prepares for the treatment due, her partner Richard (Gavin Fowler) has to be equally prepared for the agony. Co-directed by Grant Archer, Can’t Hide It focuses on the journey of acceptance and healing. From the expected side effects of chemotherapy to the sympathetic glances from friends and family, Can’t Hide It covers it all.

As Stephen Theofanous’s music plays in the background, Kim and Richard move between chemo sessions and social engagements. As Kim puts on a brave front for the world, we see Richard put on a brave front for her. The moments where she begins to lose her hair or finally makes the call home to inform them of her test results are heartbreaking, naturally. But, its Richard’s steadfast support and silent tears that make Can’t Hide It even more impactful. With little dialogues to fall back on, McAuley and Fowler bear the weight of the film on their shoulders and they don’t fail.

Miller’s editing is neat, however knowing that the film has a firm trajectory to follow, we could have done with lesser minutes. Can’t Hide It is sympathetic with its attempt at presenting a sense of solidarity to those who are either suffering or have gone through any life-altering illness. For those countless who have had to battle through it single-handedly, Richard remains an aching desire and Kim a source of inspiration.