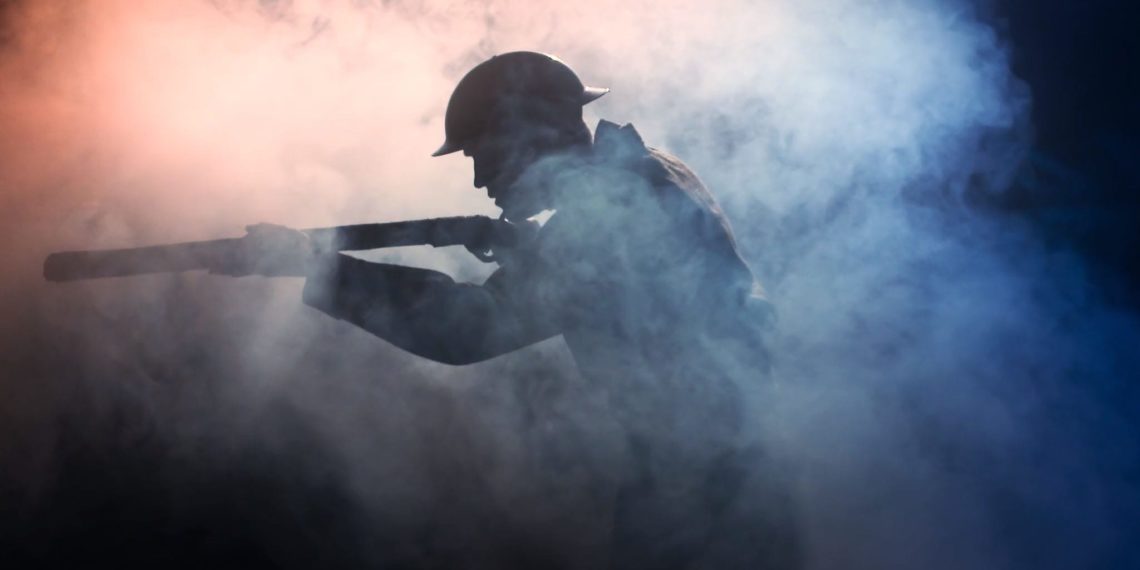 A sensory experience, Fallen relays the tale of love and waiting between Gilbert, a soldier driven by his sense of duty, and his beloved. Written and directed by Spencer Anderson, Fallen uses a non-linear narrative, going back and forth between the past and the present as well as different narrators.

Fallen is an entirely narrated story without any dialogues, giving the visuals a quality of a preserved memory or a dream. In the present day, Patrick (Michael Watts) finds a letter from Gilbert to a certain G. In it, he expresses his regrets and a conscience struggling to steady itself between what he feels he ought to do, and what he sacrificed for it. When yet another letter is found and we meet one of the two lovers, the story takes shape, leaving the viewer to come to terms with the conclusion.

The first half is narrated by Gilbert Bradley, played and voiced by Zachary Coleman. Dan Prestidge takes over the second, while Oliver Perring portrays him on screen. Gilbert’s romance is a tender, passionate bond forged in private, protected steadfastly in the face of a rough world. For such a short film and with narrative choices such as Fallen’s, the film writes its characters surprisingly well. Little details in the letters give shape and depth to both characters, echoing an intimate feel. Coleman’s narration has a pained sound to it. It immediately has you sit up and take note, but can soon feel off-putting, but upon closer look, it hints at an untold line of the story, adding more meaning to the whole thing.

Jermaine Wills’ visualisation is striking. He plays with smoke, fire, sparks and dark to create almost iconic images. Props for how war and Gilbert’s experiences are portrayed with but two actors. There are barely more than a couple of shots that do not have the same level of aesthetic grip of its story. Music is central to Fallen. It evokes the same fragile, dreamlike state that the visuals do.

Fallen relays heartbreak and the stakes of war—both subjects of acute pain— with the numbing foil of someone else’s memories, effectively taking away the sharp edges and leaving only its echo, so that even though you glimpse someone else’s detailed stories, you are not a part of it.