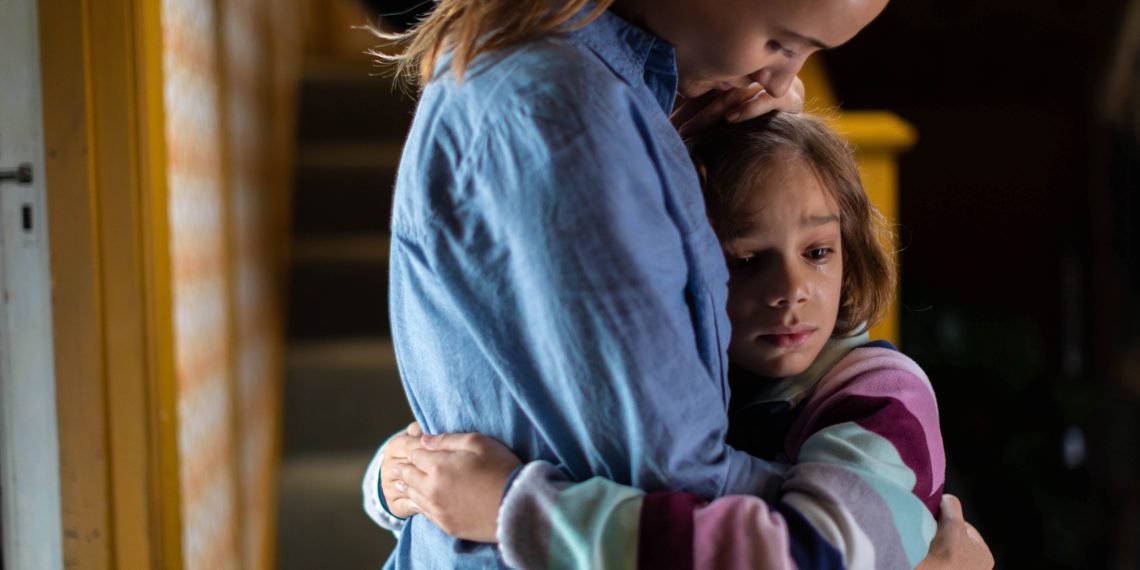 Michael J Ferns’s Better starts off on a harmless note. A mother and child are lounged on their sofa enjoying a daily. From the looks of it, this is a routine for the duo. Cinematographer Alistair Little’s camera slowly pans to reveal their faces. Their bodies close to one another, the mother holding her child in an unmistakable protective embrace, you can tell, they are close. Ferns doesn’t waste time in making the revelations. Max (Micah Gordon) is an effeminate child. His long locks, shy demeanour, meek existence are all the telltale signs one has to read from. And, Jamie (Lucy Heath) is not only the mama bear, but the friend, and perhaps the only friend he has.

Needless to add, the horrors Max might have had to endure at school. A particular scene where Jamie witnesses the bullies tormenting her boy as she goes to pick him up is heartbreaking. You see it in her eyes before you see it in the open. Her acting, impeccable, Heath epitomizes motherhood as she does being the vigilante for her son. But, a move from their previous residence and the quick escalation of hostilities experienced convinces Jamie that she hasn’t done enough. Problem is, as much as she is willing to face it; she doesn’t want to lose her son in the bargain. When a well-meaning, but over-friendly neighbour pops up the circulated video of Max being bullied as a passing remark, Jamie knows that all lines have been crossed.

What’s particularly hard-hitting about Better isn’t the story or the acting, that it most certainly is. But, beyond that, it’s the silences, the untouched spaces, and the stillness that are engaging, evocative. When Jamie receives the forward, you don’t see the video, but you hear the torment and you see it all over her face. Set in the near future, Better goes beyond bullying. It not only looks intently at the complex relationship that Jamie shares with her son, where she is completely understanding and supporting (a scene where she offers to help him paint his nails being one of them), it also scratches on her strained relationship with her own mother. Guess mother-child relationship’s success/failure aren’t passed on.

Produced by Kirsty Dua, Better incorporates multiple layers into its storyline. From bullying to parental concerns and gender identity and it’s to Ferns’s credit that despite the overwhelming display of subtexts, the film holds it all together. When a medical facility offers to solve Max’s problem, Jamie has to make the decision. How far will a mother go to protect her child? Perhaps the answer is guessable. But, what if that comes with a price of losing the child? Without giving away any spoilers, Better is sublime, evocative and moving. The last scene is particularly telling. Written by Lucy Heath, the cyclic narrative hits hard, making one wonder at the consequences of bullying and the compelling decisions often taken thereafter.

'Turned Tiny' Is A Documentary On The Business Of Tiny Homes