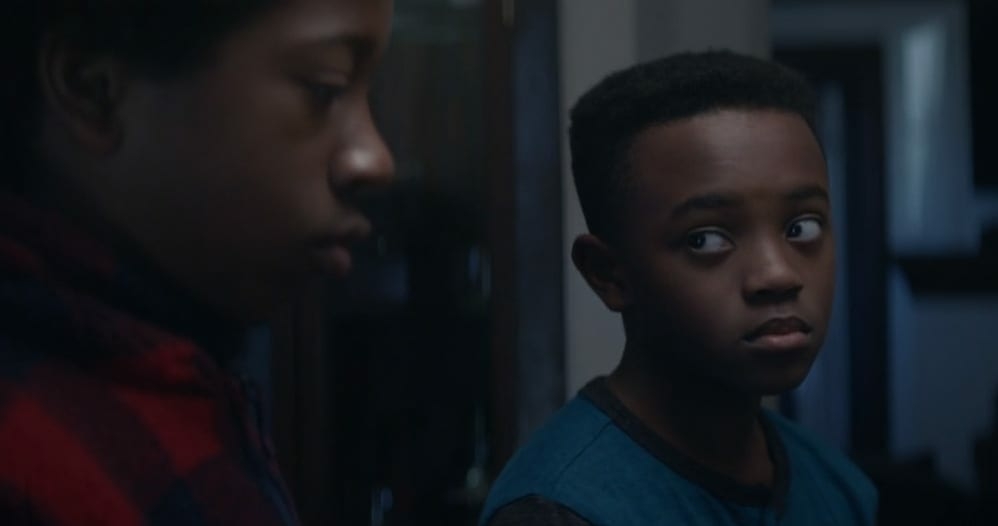 A story that offers the audience a glimpse into the lessons of growing up for two brothers, writer-director Brady Morell’s shot at writing a heartfelt letter to brotherhood, ‘Retrieval’ aims to be more than that.

When his younger brother loses his jacket to a bully, their mother (Ashley A. Williams) sends Anthony (himself no more than ten) out to get it back as a lesson to never let bullies take away what is theirs, and more importantly, to look out for the family.

‘Retrieval’ is a feat in visual storytelling. After Anthony (played by Na’Jae Green) leaves, there is almost no dialogue and yet this is where the film steadily escalates tension and hits the peak. All with only sound design and Williams’ performance. Police cars come and go, sounds of chaos reach and infect the air within the dining room with fear. Nobody voices it, but every mind wonders, where is Anthony? Or perhaps, more terrifyingly, is Anthony going to come back? A lesson in storytelling.

Brady Morell’s screenplay is superb. He portrays stories that go deep with as little as a look or a smile. The little scene between the two brothers on the couch is heartwarming and utterly natural, and another example of Morell’s skillful storytelling.

Green plays his part with an intuitive understanding of his character. There is a touching maturity in his performance. Cameron James Elie, who plays Anthony’s younger brother is a good support to the plot. Williams, expectedly, delivers the winning performance. Her portrayal of a stoic single mother is believable and unfaltering.

Cinematographer Ayinde Anderson uses steady, lingering shots to deliver the superficial calm, while the audience and the characters grapple with the underlying tension which they dare not put into words.

There is no music used in the film, save for the end credits. Morell relies heavily on sound design and it pays off unusually well. This is a suspense in the guise of a family drama, which ultimately delivers the pay off with surprising efficiency.

'The Baby Farmer': Not Outright Horror, But Creepy Enough to Hold Attention