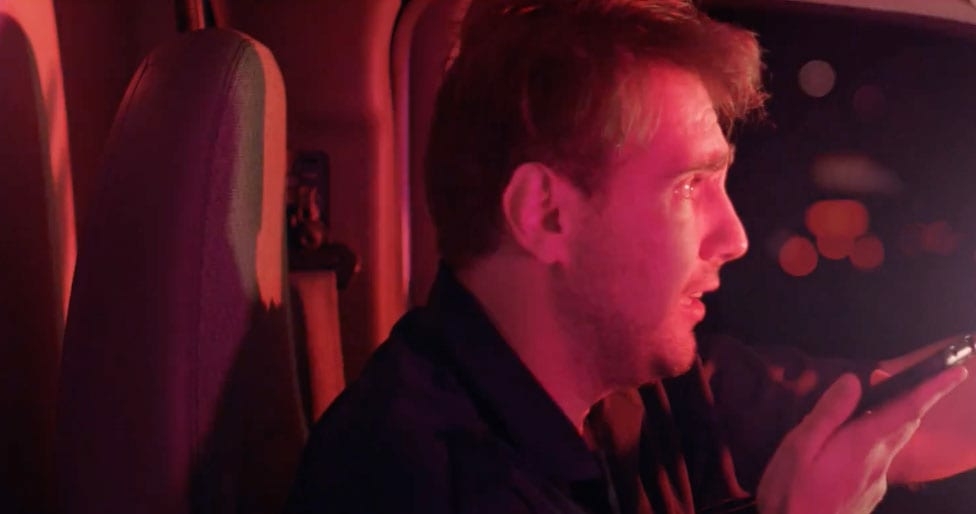 Maryna Kovalevska’s ’15 minutes’ is a heart-pounding crime thriller that balances thrill and suspense with smart dexterity. The film focuses on the offshoots of desperation, helplessness and fear, and the paths they can lead you down.

The plot sets into motion with an accident, one that was carefully designed. Christopher Hazel’s Tom drives his car straight into another, going by a precisely formed plan, where everything is calculated down to the minute. Why he must do this is yet unexplained. As things start going horribly wrong, Tom must now grapple with the practical and moral consequences of his failed plan.

The film’s success lies in its writing, which is terse and moves the plot forward with sure-footed efficiency. Kovaleska’s editing makes the whole thing go down smoothly. For the audience, that is. Tom is done for (probably).

DP Gabriele Fabbro’s decision to focus on the smaller details creates a rich experience for the viewer. Broken glass here, still spinning auto parts there, Fabbro pays attention to the details and the payoff is remarkable. Hazel could probably have done the same thing; his performance is rather broad and almost over the top. This captures attention to be sure, but leaves the viewer somewhat dissatisfied.

A bloodied timer counts down the seconds. Tom needs an ambulance for the man he hit on purpose but the appointed ambulance is caught up and struggles to make it. As the precious minutes slip away, the audience is both perplexed and intrigued. You don’t know what you are supposed to be worried about, but tense you most certainly are. The film score by Ellison Hall (who is also part of the cast) gives the film a heightened edge, matching the seriousness and enhancing the dramatic narrative and the emotional impact of the film.

The film leaves the audience reeling from the climax and denouement. The feeling of helplessness, knowing what might happen if something is not done soon, backs people into the cruellest corners. The resulting lash outs are not necessarily the wisest but more often than not, worth empathy.

Maryna Kovalevska’s short (runtime 12 minutes) is a satisfying watch when you are looking for drama, suspense, thrill, crime and tragedy in a single neat package