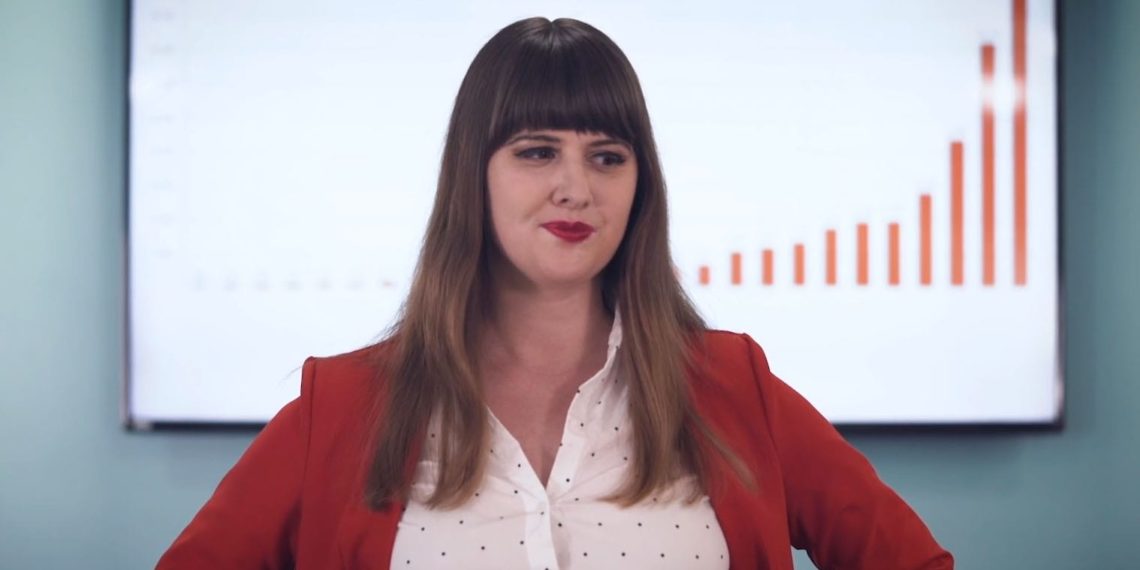 Lydia Isnanto’s ‘This Is Me’ explores PTSD’s sneak attacks, visualizing and dramatizing what it feels like to the victim.

Sandy (portrayed by Kaitlyn Newman) is a successful CEO at a young age. She has seemingly achieved the impossible – the mostly-male board approves of and respects her decisions and plans. The demons come crawling out when the room is empty. Her past comes haunting one at a time and then all at once. Vile male colleague, an abusive father, bullies – the works. As it turns out, she has left her pills at home, giving the condition a chance to creep up on her and hit her with all its power.

‘This Is Me’, though it comes with a worthy story and message, is poorly delivered. The screenplay (Isnanto and Doug Hanson) does a sub-par job of portraying PTSD, insofar as the ‘winding down’ is concerned. Sandy snaps out of it easy-peasy. The film ends abruptly, wanting you to believe that all it takes is a loved one and pills to overcome trauma in a matter of seconds. Which may be the case for many, but it is a hard pill to swallow that the attack resolved itself quite so quickly and completely to merit a happy ending. The obnoxiously upbeat song right afterward is a slap in the face.

Visually (Lydia Isnanto), ‘This Is Me’ is uncompelling. Handheld and low-angle shots do not pack the intended punch. Editing (Isnanto) tries to bring the fast-paced feeling to the initial scenes; it is effective to a certain extent.

What is powerful about this film is what it set out to do in the first place – representing PTSD in a tangible form. Sandy’s trauma is terrible and painful to experience as a viewer. Supporting actors Michael P. Collier, Jessica Brynn Cohen, Lillie Stuckey and Calli Jennings (all part of the attack sequence) do a great job. The suffocating, claustrophobic feeling is palpable and reaches out to you from across the screen. Brian Bilica is rather flat and dampens the effect. Newman herself is decent as Sandy but is yet to come into her own as an actor.

Despite its flaws, ‘This Is Me’ is an important work, for it furthers awareness on PTSD and contributes to the conversation around mental illnesses.

Watch ‘This Is Me’ Short Film

‘Hazel’ Is An Odyssey Into The Parallel Universe

'Hazel' Is An Odyssey Into The Parallel Universe