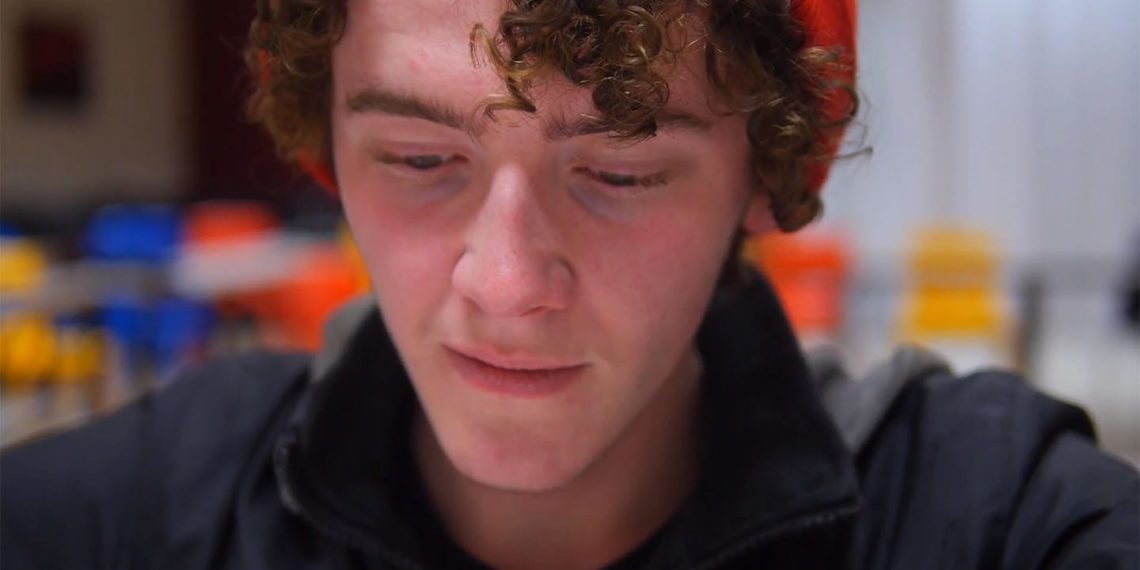 ‘Art is self-discovery’. This quote definitely conveys the crux of Dean Houlihan’s short ‘From Black Into Beauty’. Houlihan, who holds the titles of Writer/Director/Cinematographer/Composer/Editor/Producer, has single-handedly created this short.

Shot in Ireland, the film has been screened at various film festivals – from 1st Young Talent Film Festival in Cardiff UK to 9th annual Dada Saheb Phalke Film Festival and even the Winnipeg Underground Film Festival amongst many others.

The life of a teenager goes through many ups and downs and regular upheavals. Trapped in the circles of competition, they beat themselves up for being less than the best.

One such story is of our main lead Jessie (Alan McLoughlin). A struggling art student, he is tall and gawky, with a mop of unruly hair. Unable to faithfully represent his plethora of new ideas on the canvas or not meeting his art teacher’s expectations often makes him a victim of Mr Brinkman‘s (Andy Nolan) harsh criticism. Underneath all this, his motivation and confidence wobbles.

Then, all of a sudden and all at once, Jessie gets his lost confidence back. His pencil sketches take on a new form. He adds colours to the fruits of his imagination. How does it happen? Who becomes the reason behind this? All revealed in 2:37 minutes.

Houlihan has kept the location realistic which gives the authentic feel of a high school. The colour palette of the short is made of warm hues. The visuals are captured in medium close-ups, high angles and mid shots. Houlihan, however, disappoints in establishing the character of Casey (Holly Ruth Bailey). Her entrance is abrupt, even a little clumsy and leaves no impact. Nolan and McLoughlin justify their characters in contrast though. But the film required more screen time for Bailey’s character. Despite being an important character in the story, she is left remarkably untouched. Crucial missteps such as these leave ‘From Black Into Beauty’ as a textbook case of telling instead of showing.

Without any dialogues, the pace of this short is balanced with the instrumental background score. Editing keeps shots precisely timed and fairly effective. ‘From Black Into Beauty’ tells a relatable story succinctly to the upbeat strains of its music.

‘California Hot-Dog Champions’: A Horrockumentary To Make You Scream and Laugh