‘Erin’ Makes You Question What Is More Important – Reality or Fantasy? 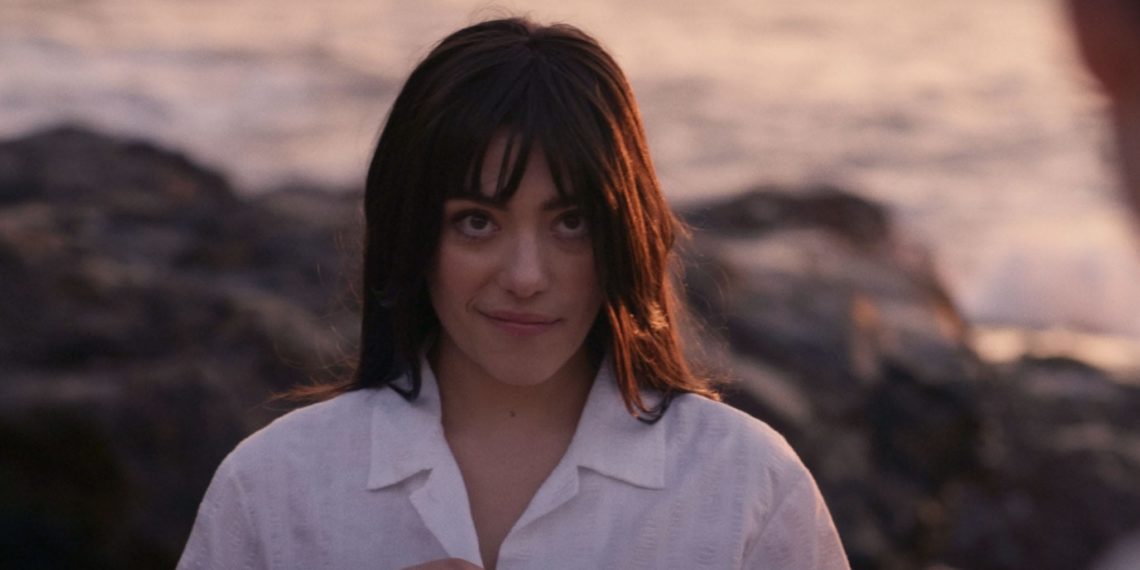 Set in the 1960s, Myles Yaksich’s ‘Erin’ is a not so predictable story of an aeronautical engineering student David, played by Felix Martinsson, who is studious, but lonely. With lots of free time at hand and just an ongoing project to concentrate on, his loneliness intensifies and makes him intolerant towards those around him who are happy. It’s hard for him to even stand the sight of a couple on the streets, let alone at the University.

Loneliness is perhaps, the least of anyone’s preference these days. People, constantly seek different ways to overcome it, even if it means being in the wrong company. David, on the other hand, doesn’t try any such tactic, but as luck would have it, he finds a letter far from its destination and somehow this becomes his key to existence thereafter. The letter was posted by a certain Erin, from London, for admission to the same university as David’s. As David decides to reply to the letter out of courtesy and a misplaced sense of concern, he unwittingly initiates a personal journey of imagination and fantasy with this mysterious writer.

We humans have this uncanny ability to mould anything into what our mind wants it to be. Writing letters to Erin soon becomes that escape David was craving for all along. With all the exchanging of letters, he nicely conjures up an image of this mysterious Erin, who soon becomes the sole reason for his living. Needless to say, the rest of the story is a buildup to that imaginative figure. Yaksich plays along with the narrative, spellbindingly creating David’s imaginary world that becomes so convincingly tempting that even as an audience, we get swayed into his fantastical journey. Erin soon becomes a near reality by the time the second letter comes through.

David is the quintessential boy-next-door when it comes to romance. At the mere mention of a male’s name in Erin’s letters, he erupts in jealousy. He takes along a present for his pen-pal, a ‘Neptune ball’ (Erin’s favourite planet), for their first meeting. Sweet, but very characteristic of him. David and Erin’s tale of the 1960s is basically what nowadays we can call a complicated combination of Tinder and blind dates where ultimately reality must confront and fantasy would meet and we must choose one over the other.

Felix Martinsson’s David is a well-written character. Lily Richards who plays the fantasy brings the necessary grace and charm to the narrative. However, it’s Hector Moss, who leaves a lasting impression in the limited screentime shared. Of course, the other supporting cast have also done a fairly great job, be it Kym Wilson, who is the gentle, nudging professor or Claire Bermingham, the girl who David meets at the bar for the briefest, the casting is nearly perfect.

The movie flows like a river throughout its runtime of 17:40 minutes, with each frame, aesthetically captured. Nicholas Pike’s score is a fitting accompaniment to David’s tense energy and his tender fantasies, while simultaneously also often sitting right with the era (or at least other movies set in the 60s’). DP Dylan Chapgier plays with light to reveal David’s fantasies and their increasing intensity. Writer and director Myles Yaksich delivers a touching film which leaves the audience to ponder upon certain aspects of life such as solitude, friendship, fantasy, imagination and love.

‘Erin’ subtly raises questions, on multiple fronts. Question is, how willing are you to explore them?

‘The Vigilante’ Leaves You Questioning The Conventional Justice

‘Benji’ Will Give You A Lesson Or Two In Standing Up For Yourself!

'Benji' Will Give You A Lesson Or Two In Standing Up For Yourself!