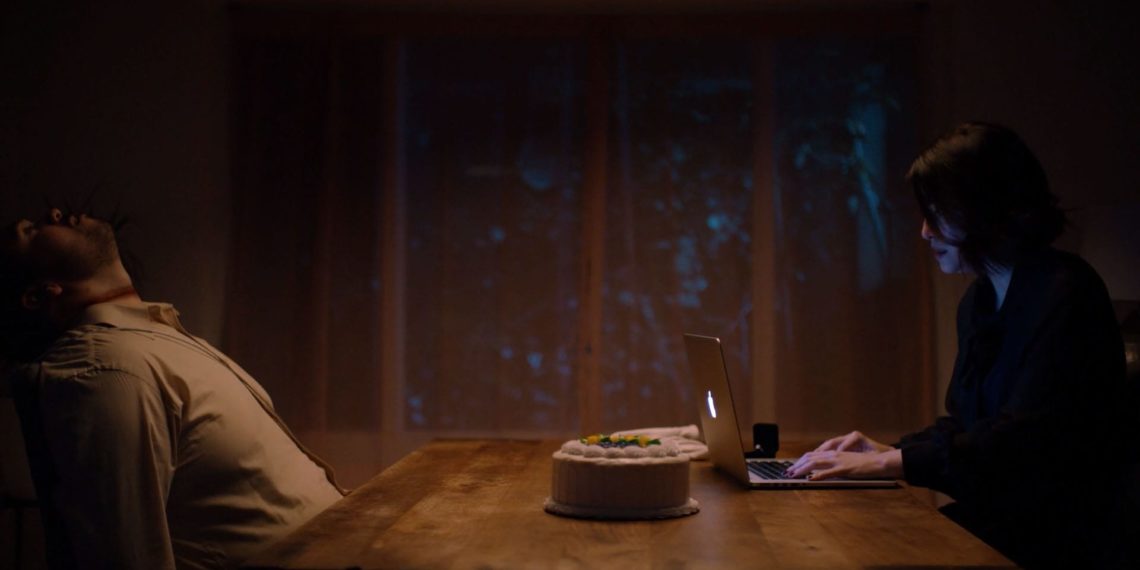 It is his birthday and he plans to propose. It is touching to watch him rehearse a poem for her, only it befuddles the viewer why he is risking crucial time when there’s the FBI on his tail. Individual preferences. Some like it caught. Amanda, played by Mela Green is a bit too displeased at his lateness. Handcuffs and garottes are brought out.  As fate will have it, she is a CIA agent, a plant, sent to monitor his actions.

Many twists and turns occur in this 16:39-minute film. It would have been a lot more fun to watch if not for raging questions like why Charlie, with two agents hot on his tail, pauses to gaze contemplatively at biological samples. Or why the FBI sent two of its slowest men, who cannot even catch up with a man who pauses to caress biological samples and has car troubles. There’s also shabby editing thrown into the mix – one shot appears twice, without any apparent logical explanation to it.

Chairez does a good job of his cardboard role. You definitely see sparks of humanity. Green is bland, but so is her role. The problem with ‘Constant Treason’ is its writing. Up until Chairez and Green come into the same scene, there is enough clumsiness to put you off yet it does hold your puzzled curiosity. In the second half, there’s more dialogue but it is run-of-the-mill and packs little punch.

DP Egor Povolotskiy’s visualisation brings depth to an otherwise unidimensional story. Sony Holland’s I’ve Got You Under My Skin fits the film surprisingly well. Alexander Michael Thomas’ score is fast paced and gets the viewer to sit up and take note of the story.

‘Constant Treason’ checks the usual boxes of espionage thrillers. There’s the security compromise, a spattering of FBI and CIA, car chases and love. Perhaps it can be commended for not making romance a mindless subplot.

'Unregistered' Is A Relevant Sci-Fi That Asks Tough Questions