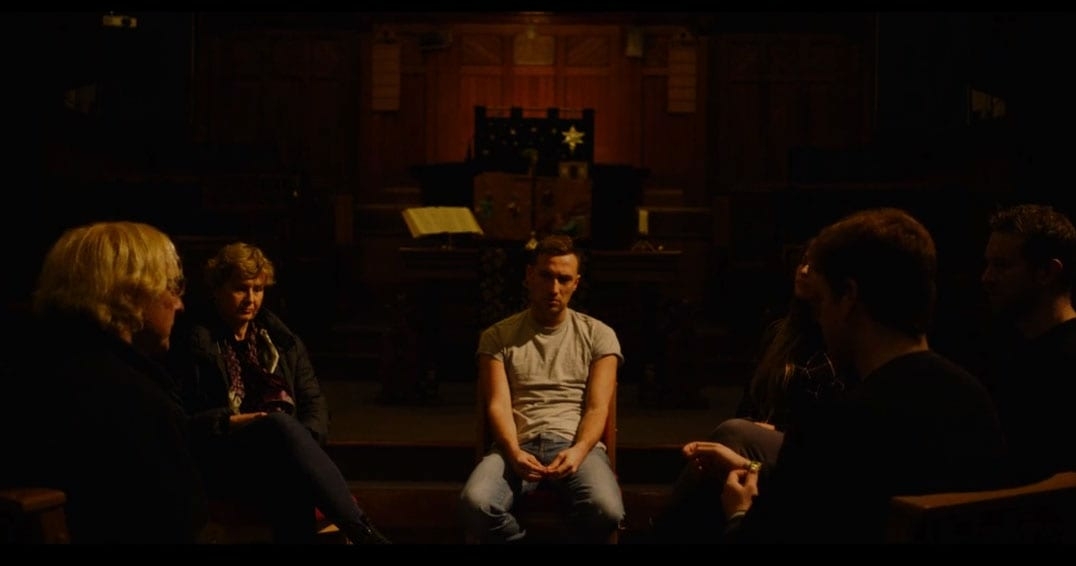 ‘Addiction’ is a 12:04 film about Mike Bennett (Played by Jake Waring) who is in the wrong company and habits. As the story progresses it is obvious that he has had a troubled childhood and marriage. To escape reality, he avoids his father Roy (played by Grahame Edwards) and his brother James (played by Mike Evans) He visits his father when he needs money. He even has a daughter; her voice and thoughts haunt him as much as his father’s harsh words.

In this desperate situation, we find James reaching out to his brother. As any person in denial, Mike pushes him away and refuses to accept his help. The central characters here are very well etched; an addict in denial while progressively sinking into worse conditions, a father who has given up on his son, and a brother who reaches out to him in spite of repeated rebuffs.

This is a heart-warming story of three men trying to reconcile their differences. It teaches the values of forgiveness and acceptance, without meeting the pitfalls of sounding preachy.

Waring is undeniably the star of the show. Every aspect of the required storyline demands the best from him. There is a range of emotions he awakens for Mike that is perfect, and at the end, he has won the audience. Edwards is a seasoned actor with his eyes and his lines come straight from the heart. Evans here is a treat to watch. He has the key character to play in an unfaltering big brother, which he infuses with empathy. Writer and Director Lewis William Robinson had a very powerful subject to deliver with ‘Addiction’. He has supported the same with a very appealing set of characters and their collective story. Director of Photography Nacho Guzman plays with seasons, lights and camera to compliment the mood of the character and story. This results in literally bringing the winter to spring. Lyrics by Apera and Pasha and the music by Tautvydas, Pasakinskas and Tom Althorpe has a language of its own. The songs leave you hanging on to the words and the tune is very catchy.

‘Addiction’ leaves a two-part message, seemingly contradictory but in reality interdependent. Loved ones are crucial for someone to get back up again, but you cannot save someone who does not want to be saved. As it happens, one cannot work without the other.

'Frames: A Visual Essay' Is A Touching Film But Unfair To Its Characters