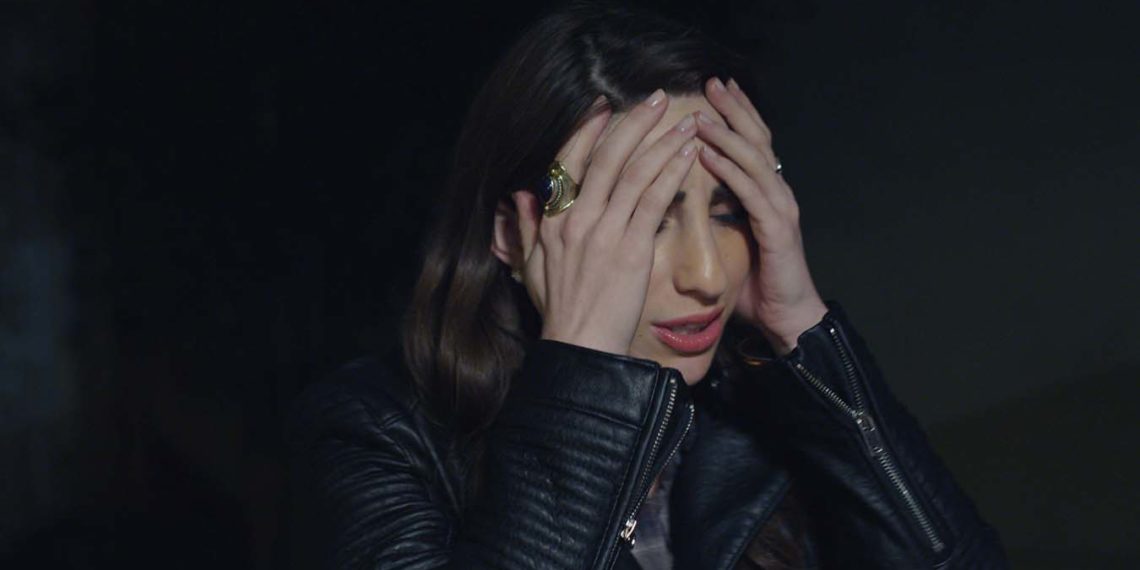 White Guys Solve Sexism deals with a very heavy subject: sexual harassment in Hollywood. And yet, it approaches it with such subtlety (read humour) that it isn’t hard on the viewer while making its point. The film introduces us to two guys who are going through an emotional crisis, courtesy Harvey Weinstein. With Weinstein’s scandal breaking out, our protagonists figure out that all of their choices in films have been nothing but a lie. Their lives have now legit turned upside down. It breaks them to know that every one of their favourite films, has been produced by none other than sexual predators, of all the people! Shudder! And, it shakes their belief system. Period. However, the beauty of White Guys Solve Sexism lies in its writing. The film at 6:26 minutes, peppered with generous humour is narrated with such conviction that while the seriousness is not lost on you, you laugh at the hilarity of it all!

White Guys Solve Sexism is about Jack (Buzzfeed fame Max Baumgarten) and Bill (Kyle Helf) the two men who want to solve sexism but aren’t quite sure on how to go about it or worse still, even understand how deeply rooted the problem is in the system. As the short plays out, they come to understand with the help of one of their girlfriends (Nancy, played by Leah Lamarr), that sexual harassment is prevalent everywhere, regardless of the industry. Since time immemorial, women have been subjected to harassment and told what they can and can’t do, by guess who! As these two guys realize how misled they have been and how little understanding they have of what has been going on in the world around them, they become hysterical. As the conversation progresses, so does the gaiety, but at the same time, the strong message the movie intends to send isn’t lost.

Jack and Bill realize that it’s not just people like Weinstein who are responsible for this appaling state of affairs but all men, who turn a blind eye to women being harassed. It’s an inherent problem that can’t be resolved until men, collectively, decide to take a stand. They realize how they too have been a product of the same corrupt system and coin new terms to express their newly found theories and feelings. Even as they become ‘enlightened’, the film shows us the reality, that just a handful of people can’t resolve grave matters. It’s a social commentary on the state of the world around and how oblivious men are to the crimes against women. Or in plain words, how they choose to remain oblivious.

Christopher Guerrero’s writing outshines everything else in the film, especially when Nancy, in the middle of the boys’ hysterical crying, shouts to them ‘You’re not victims!’ and as you laugh, you realize that men are prone inherently to make everything about themselves, even when they are miles away from the problem! It’s a moment of brilliant writing matched only with Alex Parker’s camera work and the stellar performances of the cast. The film warrants multiple viewing because it perfectly showcases how men who really want to change the world want to do so only to ease their conscience and make themselves feel better than empower women. And in the midst of all the humour, you can’t help but wonder if this is indeed the case or just a sarcastic jibe at the larger lot that remained silent during the crisis when it occurred…