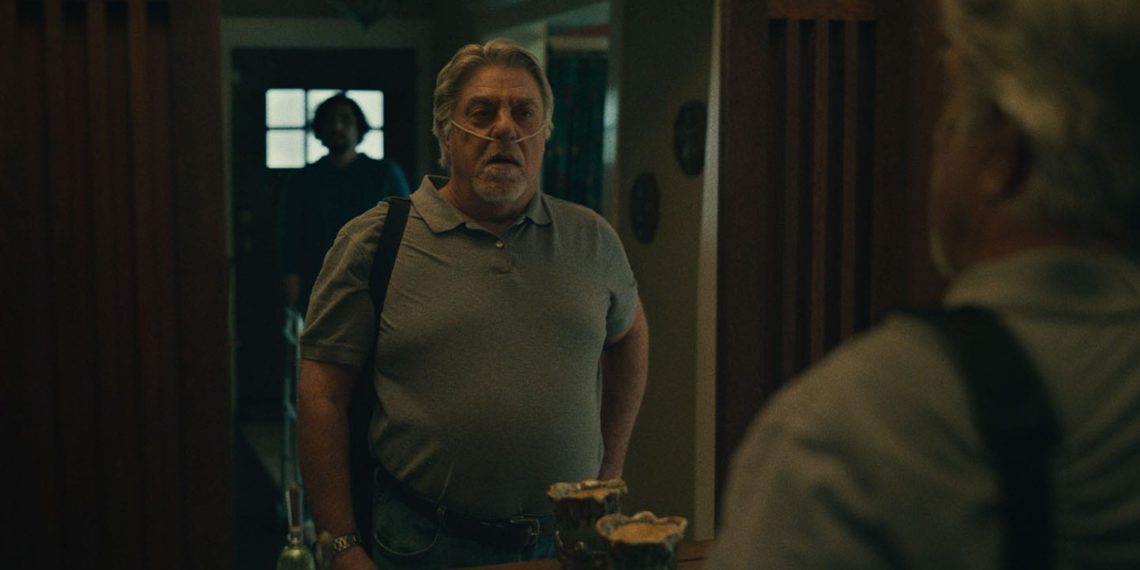 People often refer to life as sweet and death as the bitter pill, but in truth, isn’t death a sweet pill? A sweet release from the suffering of life? A prize for those who have made it to the end? Officially selected for Ashland Independent Film festival (2019) ‘Waiting Game’ is a film that pulls at the heartstrings of its viewers, making them come into terms with their own mortality while addressing it in the most empathetic way possible.

The passage of time is something that man can neither hinder nor hasten; it is an inexplicable journey of bittersweet moments, filled with lots of nostalgia and (hopefully) some tragedies best forgotten. This very mix of sweetness and sourness remains the premise of director-writer Jon Bloch’s 24:10 minutes’ long film.

The script is watertight, generously peppered with sarcasm and slapstick humour. The manner in which it is addressed is simply timeless and classic, and hence relatable. The plot centres on a young man Kenny (played by John Patrick Amedori) and his father Mel (played by Bruce Mcgill) and the testing times of their lives. You see, Kenny has decided to put his life on hold to take care of his ageing father, a father who is strong-willed and yet broken within…

The chemistry between the duo, Amedori and McGill is just perfect. There is enough vulnerability to make it believable and enough helplessness/frustration to make it crackle. The dialogues are witty even; however, the underlying tension is hard to miss.

The addition of Alyssa (played by Dilshad Vadsaria) to this duo gives the much-needed buoyancy for this narrative to stay afloat. She is the shining light… err, in both their lives. Vadsaria is charming and effective despite the limited screentime and does justice to her part in sustaining the plot from collapsing into utter melancholy.

Veteran actor McGill best known for his acting in ‘The Insider’ and ‘Ali’ brings Mel to life and although Amedori plays the passive between the two, his core strength shimmers brightly through him. Watch out for the final scene as the camera zooms in on his face and you get to see the restraint exercised in his performance. It’s moving! He is just the perfect Kenny for this ‘Waiting Game’. A toast to their acting and chemistry lies in the fact that both Amedori and McGill have been nominated for the Best Actor’s award in the Pasadena International Film Festival.

Nathan Mielke’s cinematography captures the interiors of the house, giving the stifling feeling the characters might be feeling. Add to that, Elizabeth Saltzman’s editing is just perfect, neither dragging nor expediting the sequences, giving each frame, each scene, its legit duration. Isabelle Engman-Bredvik & Gerardo Garcia Jr.’s music is poignant and moving, giving the right tenor to the film.

‘Waiting Game’ is moving not simply because of its story or acting, but the undeniable truth that is meant to befall us all and how despite the passage of time, we will all remain caught off guard.

'Waiting Game' Is That Endless Wait For Release From Suffering...

'Johnny Colorado' Is The Interview Of A Lifetime!