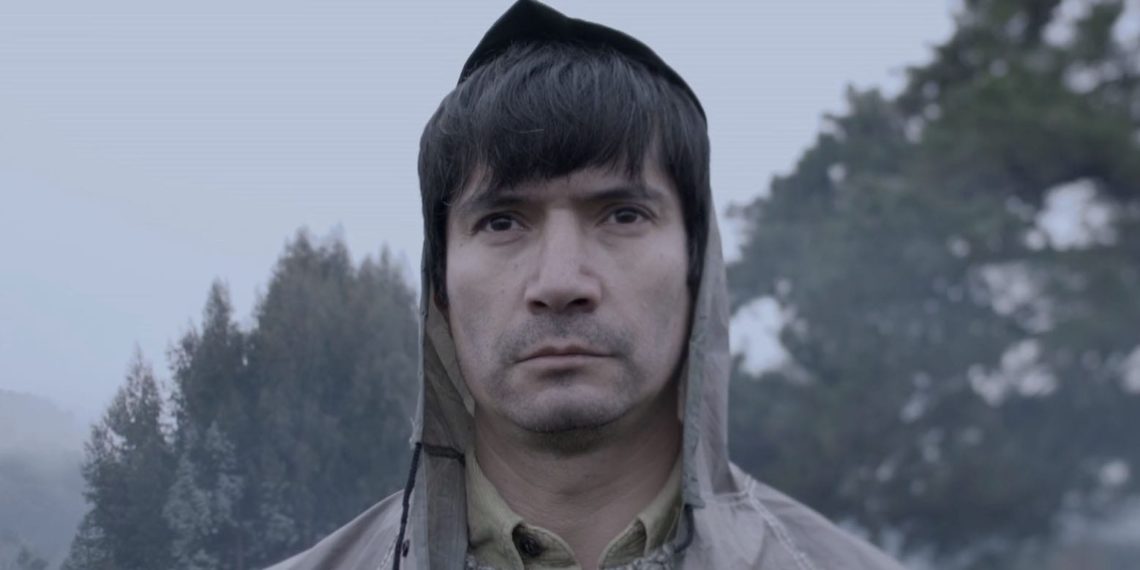 This 13:18 minutes long film from Chile, centres on a man named Javier (Vladimir Huaiquinir) and his quest to finding a job that leads him into having the strangest (and yet, satisfying) of all experiences. Javier comes to a farmland seeking work. The problem, however, is in the ringleader, a certain Mr Goat (Daniel Candia) who is as unwelcoming as one can possibly imagine. Add to that, his cohort ensures that his word remains the ultimate. Things get difficult for Javier when the only man (Mr Ceferino played by Sergio Campos Cerda) happy to have him onboard collapses in the field one fine day and dies. The clincher here is, that Mr Goat insisted on dropping Ceferino at his house, despite Javier’s futile attempts at convincing him to reroute the journey to a nearby hospital. The result: near fatality of most characters and most definitive for one.

The plotline gently lays out the trajectory of our narration. Mr Goat is confronted by Mrs Berta Ceferino (quiet and effective Haydee Aguilera) and his guilt becomes evident in the conduct. While, on the other hand, the familiar whistling of Mr Ceferino begins to haunt Javier. He tries to talk about it with others but is laughed at for dreaming up fields instead of ahem… better things. What follows is a heart to heart conversation between the dead and the living which, begins challenging the very understanding one has on life, death and everything in between.

Huaiquinir as Javier is vulnerable and yet strong. His earnestness shows not only in his face, but also his performance. Candia, on the other hand, is the tough nut to crack. His hardened exterior, clearly a smokescreen for a guilt-ridden, perhaps even broken conscience is an intriguing character, only matched with a gifted actor to imbue. Candia’s eyes and smirks speak more than any words could. Cerda has an effortless charm in his mannerisms that makes his character likeable and even relatable. He is excellent as not only the pacifier and motivator of nearly every situation but also as the silent narrator of the storyline. It’s he who the film delicately uses to navigate through illusions and interpretations.

Director Leticia Akel has done a remarkable job at pulling off a delicate subject that very much so required expert handling. Story and editing are crisp and very much to the point. With almost no wastage of screen space and dialogues, the story (co-writer Brúsi Ólason) and editing (Leticia Akel) ensures that the film doesn’t suffer from slow pacing or unnecessary dialogues to make up for the silences. Also, the cinematography (Francisca Saez Agurto) is spectacular. From the misty landscapes of the farmland to the hollow but warm interiors of the spaces, Agurto lets his camera do the talking.

‘Premonition’ delves into the deepest psyche of the human mind. Through its characters, it lets you live vicariously of human complexities and motivations that drive people to behave the way they do. As the film nears its climax, the intended message hits hard and you’d wonder if you too had a premonition of this coming…