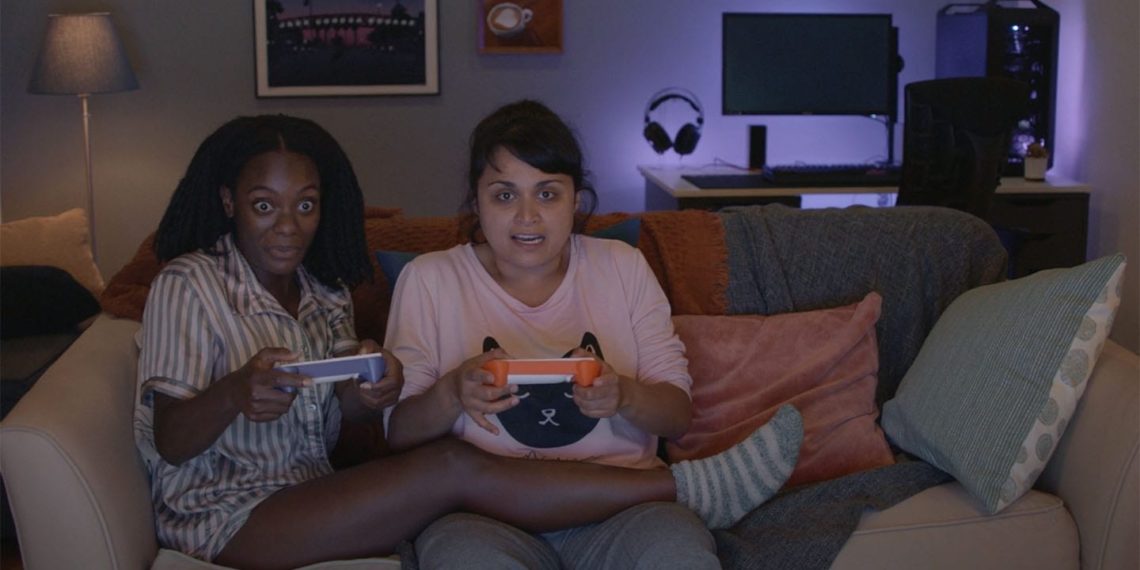 Fear of failure is all too common for many. That nagging feeling that you are inadequate for the job, right when a crucial decision is imminent, can get the best of you. Searit Huluf’s directorial debut, ‘Gamers’ is a 10-minute short focusing on the crippling self-doubt that can hit people in the worst moments. Amateur (but hardcore) gamer Jamie (played by Destiny Ekwueme) gets invited for tryouts by a pro-league gaming team. She goes from delight to fear, while being defended from herself by her girlfriend, Taylor (Andrea Guidry).

The film opens with Jamie and Taylor playing a match in a low stakes game. Obviously in love, the two are endearing. However, when Jamie falters, it quickly escalates into an almost frightening argument. Both Ekwueme and Guidry are natural and entirely convincing.

There are a lot of interesting details about the film that reveal a lot about its characters. Jamie very conspicuously does not use voice chat while her other (all male, as far as can be estimated) team members enthusiastically greet her through the headset, conspicuously referring to her as a ‘he’. Without using exposition, Huluf cleverly gives Jamie a backstory and lets the viewer know exactly where she stands as a person.

DP Tiffany Taira’s camera is responsible for half the tension in the argument. Without the argument, there is no climax, but one cannot escape the feeling that perhaps it was unnecessary. It even takes away from the impression of a happy couple, teasing instead at the possibility of underlying issues. For the rest of the film, the camerawork has some very precise moments. Music (Andrew Jimenez) is sparingly used; the soundtrack is mainly composed of game sound effects, setting the mood just right.

For the most part, the characters are written with insight and understanding. Ekwueme speaks volumes without many words at her disposal; Guidry slips into her character with ease. Her winning moment is the closing shot, unnerving fights forgotten, she is lovable.

‘Gamers’ is a strange film. It tells an identifiable story, with a relatable relationship at its centre, with convincing motivations. But, then it introduces a disturbing confrontation, which it then resolves in a deflating instant.

'Premonition' Is A Strange Mix Of Dreams & Realities...