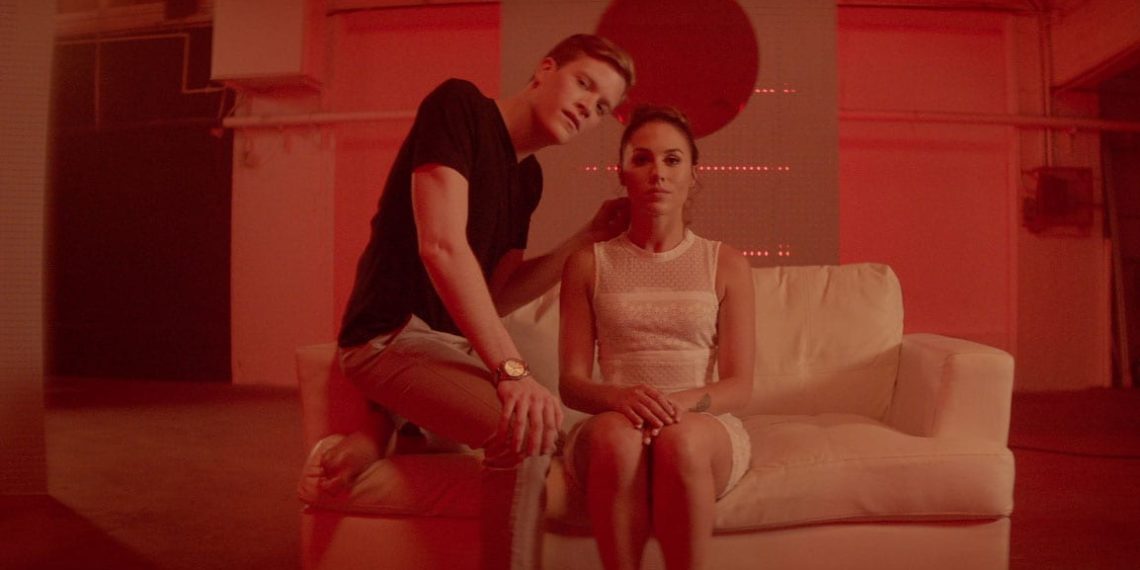 Writer-director John Capone’s ‘Hide Your Fires’ is probably one of the most stylish short films you’re going to watch.

Mark Sader is a celebrated VR content producer at 24. Hero-worshipping him and his start-up Dive is 22-year old film school graduate Simon Doerr (Sam Sturges). He lands himself an internship under Mark’s guidance, quickly rising to be one of Mark’s closest people at Dive, and assisting him with producing sexual content. He has a (relatively) luxurious apartment and a loving relationship with his girlfriend. Sex, romance and success find him easy. Or, do they?

The psychopathic character of Mark Sader, portrayed by Thomas McNamara steals the show from the start to finish. McNamara brings a restrained, chilling aura to the character and to the frame. He never falters in his act and breathes life into many a corny line. And ‘Hide Your Fires’, despite its stylish cinematography, production design and soundtrack, features corny lines more frequently than it should and some rather poor writing.

About halfway through the film, it flounders and dips into a boring, hoary drama. Simon’s girlfriend, Carlie (Jessica Lucatorto) objects to the nature of his work and the resulting fight is simply terrible. This is the scene that she has the most lines in, and the character development can be described as stereotypical at best. Simon’s life begins its nosedive at this point, though the film improves only temporarily.

Nick Serabyn’s cinematography is unwaveringly top-notch. Cinematography and sound design (Cesar Marenco and Frankie Galvez’s work) bring the film half its energy, and combined with McNamara’s tight performance, the film is bursting with tense energy. Derek Zeoli and Jason Kim’s original score is smooth, almost as if written to fit Sader. When it takes a brisk tempo, sometimes it is Mark’s calculating energy and sometimes Simon’s frantic one.

‘Hide Your Fires’ stills suffers from poor writing. When the film descends into its climax, its storyline takes an almost childish turn as Mark and Simon get into a fight over Simon’s other girlfriend Anna (Giovanna Andolina), an actress working with Dive. Sam Sturges pulls in a decent performance for the most part, but the screenplay puts him at a disadvantage.

‘Hide Your Fires’, for all its glamorous production, loses out due to the fundamental flaw of a bad script. If not for that, this would be the film that took home every indie award out there!

'The Last Supper' Is The Comedy You Didn't Know You Needed!