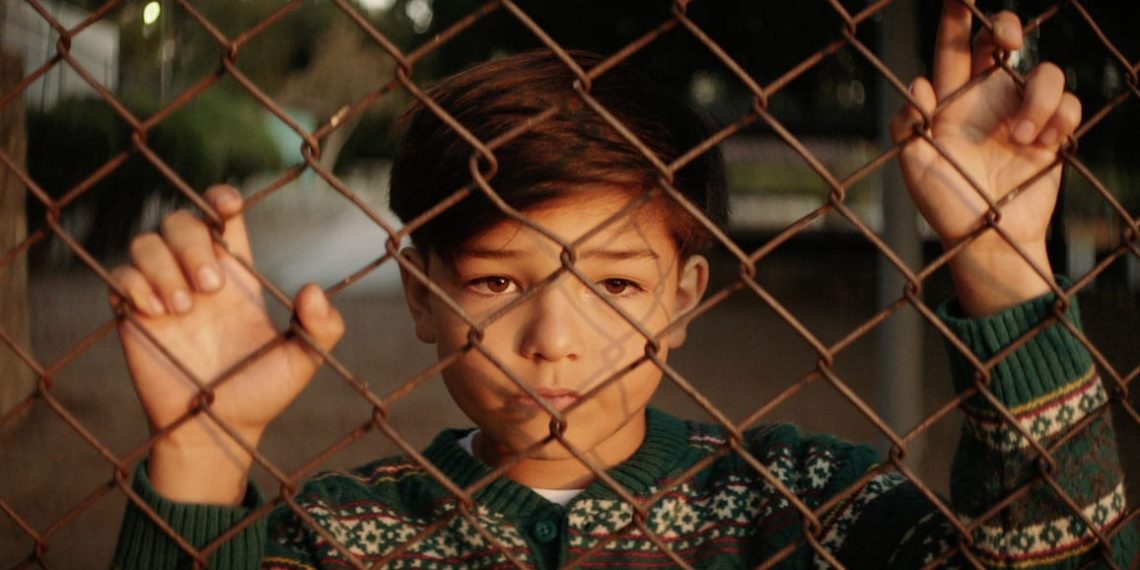 This is one coming of age story that hardly makes you feel much better, but perhaps leaves you with a sense of pride in a little boy for digging in his heels to make his place in a world where he is not often welcome.

Marcos Durian’s 2019 short, ‘Fish Head’ is the tale of Milo, played by Madison Rojas, Filipino-American and fatherless. Both these points are thorns in his side, as he searches for his father in strangers while putting up with racial bullying at school. The film gets its name from the ignominious bullying that Milo faces at the hands of Dwayne (Grant McLellan) and gang, who names him ‘Fish Head’ after Milo relays a family story during class. It is painful to watch.

Not that the film is without its highs. A blissful Milo is shown watching the clouds, lying on his back in a meadow. As an aeroplane passes overhead, Milo floats above the ground himself, and for a moment he is no longer a victim or a kid searching for his father. He is Milo, just Milo, who loves open skies. The scene pays homage to another coming-of-age, 2014’s epic, ‘Boyhood’.  While ‘Boyhood’ was focused on the small, everyday moments of growing up, ‘Fish Head’ is chiefly about a little boy’s expression of deep-seated loneliness. Madison Rojas plays the character with a sure-footed understanding of his motivations, his eyes always a shade of melancholy.

His desire to fit in at school, to look like everyone else, is endearing and heartbreaking. Coming up with ways, not always the most graceful or well thought out, is all too familiar to anyone who has ever felt like a misfit. A brilliant touch of editing that flashes Milo’s white friend in the mirror for the tiniest second drives the point home with no uncertainty.

Joy Ngiaw’s score is alternately grave and tender, both Milo’s sadness and his mother’s care. As Milo’s mother (Aina Dumlao) attempts to reach out to her son who both looks to her for comfort and directs his bitterness at her, Dumlao infuses her character with a moving believability.

‘Fish Head’ is a true to life coming of age story. It does not chronicle teenage as many a bildungsroman has done; it focuses instead on a much younger stage, but no less prone to loneliness, upheavals and defining moments.

#ShortFilmReview: 'Fish Head' Is A Picture Of Daydreams and Broken Hearts of Little Boys… Click To Tweet

'The Dead Ones' Tell You Who The Dead Belong To!