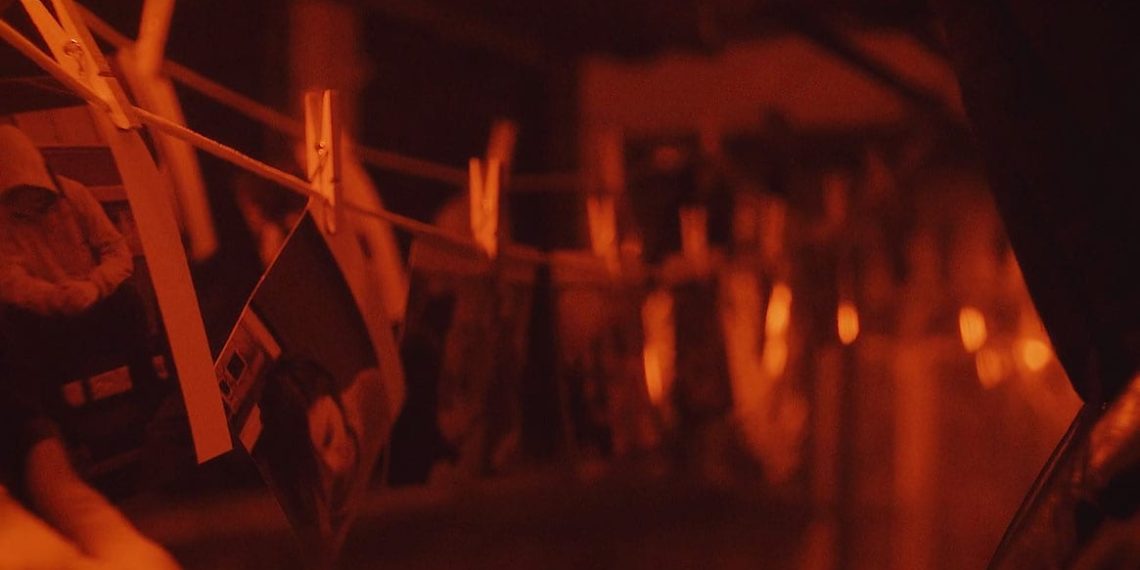 ‘Where The Shadows Fall’, is an aptly titled thriller that aims to strip the veneer of civility to show the barbarous factions lurking in the margins of society. Created to incite fear and prey on mankind’s greatest threat: humans themselves, this film is a play out on vengeance, justice and karma.

Co-written and directed by Aaron M. Cabrera, ‘Where The Shadows Fall’ starts off in a parking lot with Kinsley Funari-Coleman playing an innocent woman, who gets kidnapped. The camera blinks continuously for about a minute, showcasing the abduction, where the woman is held captive in her own car by a masked psychopath, played by Eric O’Connell. With its accompanying music adding jitters, the scene is discomforting and paranoia generating, to say the least. The effect is devastating, but stretched a tad bit longer than needed. Intelligent choices of frame selection have been made at this point, which conveys the relevant information while also maintaining visually pleasing angles. Co-writer and director of photography Jerod Nawrocki very judiciously moves his equipment, especially for the part where the assault is photographed by another woman who witnesses the crime, resulting into a chase. The scene is filmed to affect the viewer’s mind with trepidation regarding the intentions of the now fleeing witness played by producer Crissy Kolarik and carries the necessary weight to sustain the narrative.

Perhaps after its effective cinematography, it’s the music (Tony McVaney) that has been best put to use to express the tension and tenor of the film. And, although there have been instances of fallacious uses of the tracks employed; to a large extent, they remain impactful. The hard-earned suspense could have been well suspended without over placating it with the background score, sometimes.

Without giving away any spoilers, as the film draws to the climax, the audience is inundated with messages, cryptic and obvious, leaving them wondering of the true reasons and intents behind many of the actions carried out by the characters. ‘Where The Shadows Fall’ is a fair plot with wonderful cinematography and deft editing, showcasing how karma doesn’t have favourites and yet has a unique way of finding its target, every single time!

'Une Paire de Jumelles (The Binoculars)' Teaches You To Count Your Blessings!