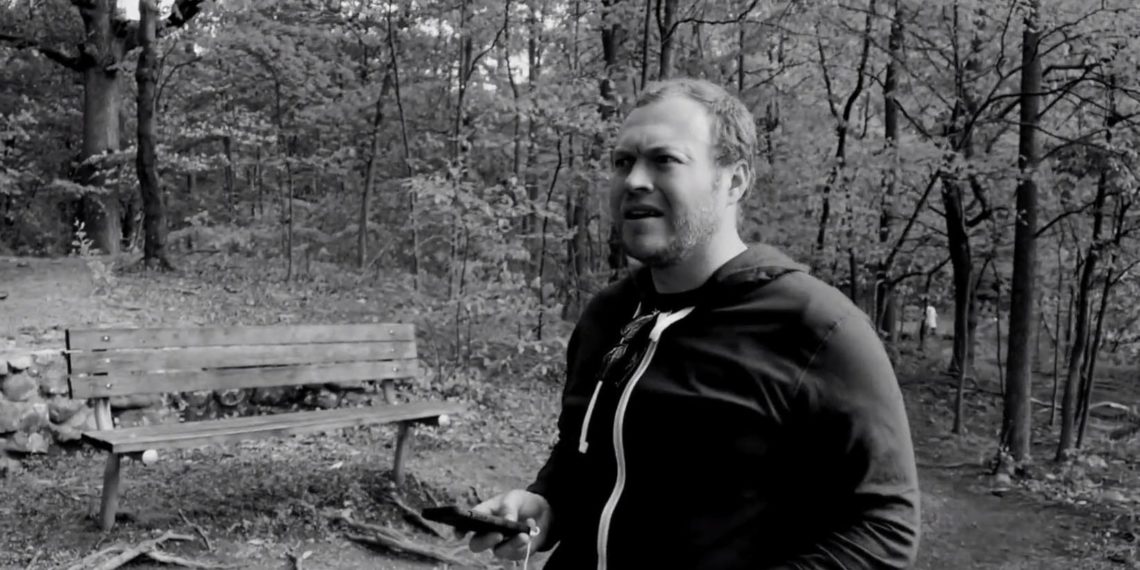 Directed and written by Dane Elcar, ‘The Pond’ is a psychological, horror film that is meant to take your breath away, literally! The film centres on a man who goes to a nature preserve to rejuvenate. Listening to his music, his ears plugged and oblivious to everything around him, he jogs, carefree, until he realizes that every path he takes seems to lead him only to one place, the same place – The Pond.

At 19:54 minutes the film looks deceptively simple. However, the narration is engaging and there are several instances where you feel swayed with the character. You become one with the character and start feeling as if the events are happening with you, to you. The major credit for this goes to Dane Elcar for his splendid acting skills. He never makes eye contact with the camera giving an impression of not being camera conscious; this renders him as being natural.

The movie is shot on an iPhone 7 plus. The impeccable use of the gadget giving it a professional touch; it comes as no surprise then, that the film is a recipient of the ‘Best Smartphone short’ at the ‘Hollywood Horror Fest 2018’. The colour palette of the film is monochromatic, black-and-white which makes the viewing discomforting, but perhaps, that was the very intent, anyway. The credit goes to Stephan Zimkin who operated the camera like a living entity. With the plenty of wide-angle and extreme close-up shots, he adds life to the scenes.

The use of dialogues is kept to a bare minimum. It is the face of Dane Elcar that does the talking. The extreme close-up shots of his eyes speak of the horror that is surging within him. Editor Torrance Red, gives a seamless effect to the narration, keeping the pace steady although occasionally dragging. He deftly puts to use the music by Coarses to give it a fitting effect. The placement of the music, however, does overpower Dane’s acting at times. While watching the film, it is hard to notice any transition effect. It seems like a movie that is shot on a single reel. But, all of this, only makes the film more gripping and engaging.

‘The Pond’ is spooky, without using any of the conventional horror film techniques. It explores the sense of claustrophobia, ironically, in the open…

'The Pond' Is A Horrifying Portrayal Of A Man Being Trapped!

‘The Visit’ Is A Profoundly Tragic Narrative Of A Mind Lost…