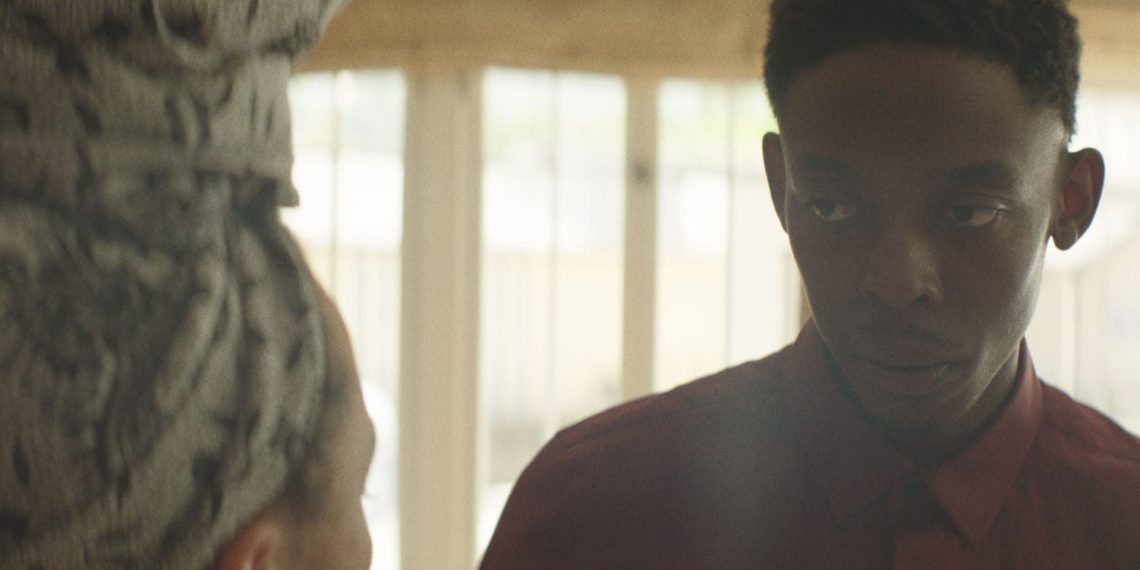 Director and writer, Maxwell Addae’s ‘Outdooring’ is a raw and compelling short, all of 18:12 minutes. And, it is so powerful and moving, that it is bound to make you question everything you think, you know about the idea of a conventional family. ‘Outdooring’, an ancient tradition, practised by the Ghanaians for a newly born is the equivalent of baptism. And, the story follows a young man named Kobby (Keith Machekanyanga) who is about to attend his sister’s newly born son’s (Junior played by Naviah Nichol Vernon) Outdooring ceremony. But is it just that or is there more to this social gathering?

Somewhere across the street of Los Angeles, California is a parked car that has Kobby and his partner in crime discussing the ensuing events. Without giving away any spoilers, the least that can be spilt is that Addae does a remarkable job at keeping everything under wraps, just drawing on the surface tension that is hard to miss between the characters.

As the camera follows Kobby, the upbeat background score beguiles us, dropping subtle hints to the upcoming events. We see him meet his Uncle Red (Theodore Mark Martinez), a homosexual whose identity hasn’t yet been well received by his family or friends, despite all these years – and that’s just one of the many-layered characters and subplots this film carries.

Kobby’s reserved and shy demeanour is complex and hard to understand. While his motives are clear, his intentions do not align with his basic temperament and that is a dead giveaway. It doesn’t take long to unearth his purpose for having come to a ceremony that he had planned to miss anyway. As he rehearses his excuses, in comes his sister, Annette, played by Cassandra Blair who is visibly upset at her brother for having missed the most important ritual of her son’s life. As she hands over her baby to Kobby, unknowingly we clench our teeth as we realize where this narrative is going.

Editing of the film by Xiaoyao Shen adds a lot of finesse to the storyline while Victor Nani Agbeli and Ole Wiedekamm’s music makes the viewing very engaging. The storyline is terrific, and with stellar performances by all, the film is crated to near perfection. Add to that, Samudranil Chatterjee’s consummate cinematography just adds a wonderful tenor to the pace of the film. What it, perhaps, lacks is the length. Granted that for a short film, it’s the right duration, but this story warrants a feature length. For the characters’ sake, for the wonderful messages, it offers and the provocative yet sublime love it harbours, this story needs to be told, at length…

This film is an eye opener to not only the ignorant society that we all have come to silently confine ourselves into but also the educated lot who despite all their worldly understanding refuse to unshackle themselves from the status quo. ‘Outdooring’ is engaging, baffling even, and a true testament of the depths to which a man can fall and rise in love…