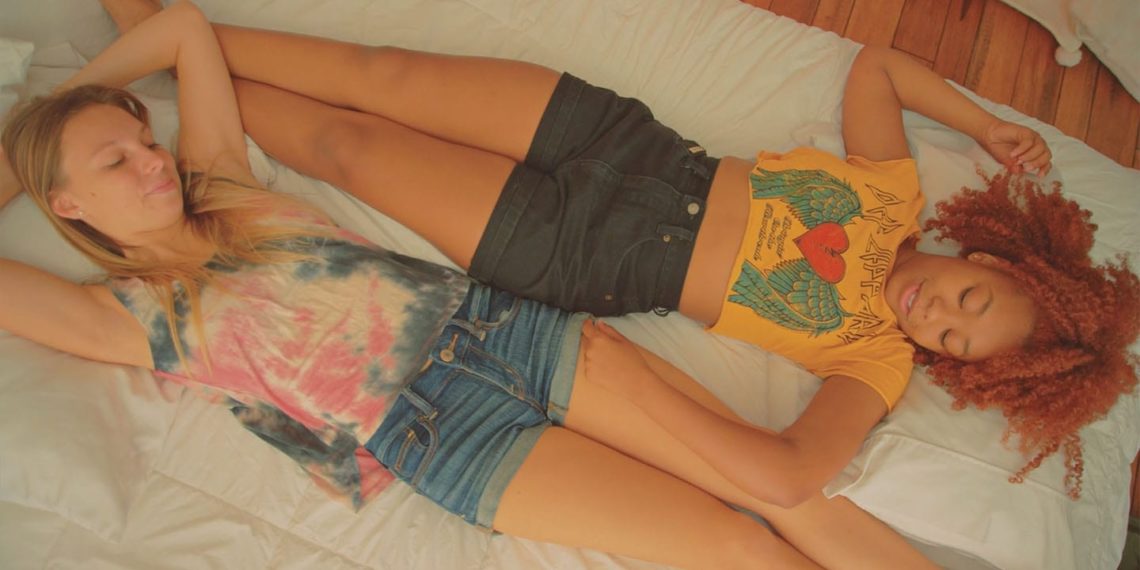 We all have our secrets, our arcanas that render us different from the rest. Some of these secrets are so juicy that we can’t resist sharing them; some are so scandalous that we dare not share them and then there is the third kind. These are the secrets that make us, govern our lives and we choose to share them only with those we trust the most. ‘Arcana Six’ is the story of one such secret, shared by two best friends and their acceptance of the same. Winner of the ‘Best Short Film’ at the ‘Pinnacle Film Awards’ (2018), ‘Arcana Six’ is beautiful secret waiting to be told!

At 5:06 minutes, the film is tragically short, only because of how beautiful it is. As it deals with sensitive topics such as the coming-of-age of two best friends, it touches upon childhood, adolescence and teenage years with such nuance and sensitivity that it’s hard not to be affected. Despite the clichéd setting and the tropes used, the genius of the film is in its casting. We see Maggie (Jamila Gray) and Elena (Eleanore Miechkowski) blossom right before our eyes. Their friendship peppered with understanding, affection and love is so pure that it almost feels our thoughts could possibly sully it.

It is kind of awe-inspiring how Director/Writer Mackenzie Patrick manages to fit in the turmoil, the feelings and the life stories of a teenager into a 5:06 minutes long film. It’s like summarizing the ocean into the seashell – genius!

With the help of the stunning cast, all the way from the child artists to the adults, the screenplay is incredibly well supported with stellar performances. It’s easy to feel for the characters, to invest in their journeys and be impacted by their joys and revelations. Patrick has the ability to sell a story, convincingly. Actors Eleanore Miechekowski, Carleigh Johnston and Willow Eve who play Elena across her different stages in life are brilliant. Likewise, actors Gray, Cleora Goodwin and Lola Dover bring Maggie to life. The casting director deserves a special round of applause for ensuring the transitioning age is well reflected in the actors chosen to play the part!

Cinematographer Joe Stauffer adds a charm to the scenes by simply lingering longer at select scenes. Silently the camera nudges the audience to peek into these beautiful, young children whose world is as pristine as their hearts. Hard to raise any complaints against the film, save for the fact that it could have been longer!

'Good Mourning' Is A Twisted Tale Of Taking Matters Into One's Own Hands!