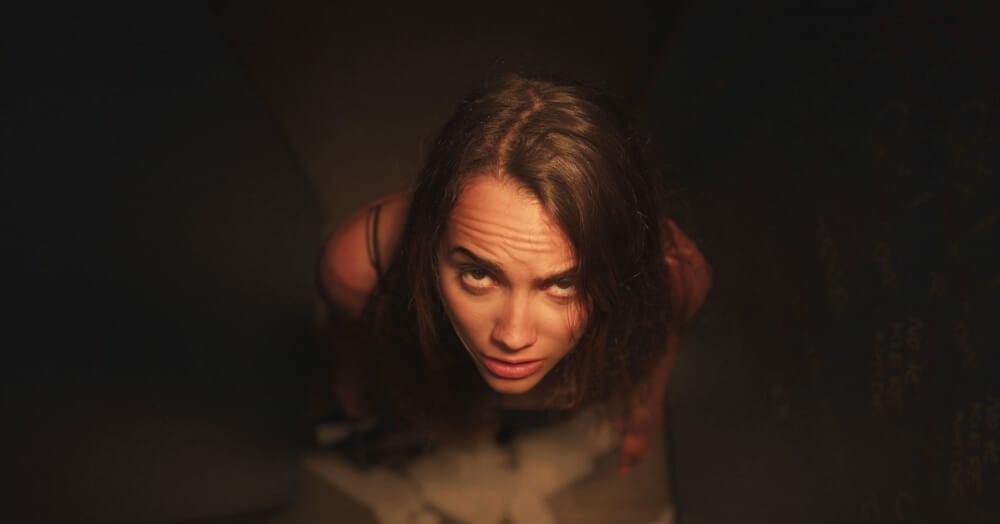 A 7:11 minutes long film on the millennial generation’s obsession with becoming ‘popular’, that makes them not only insensitive to their surroundings but also oblivious to the people in it; that’s ‘Verte’ for you. An eye-opener for the likes of Clara (Salma Gourain) and others alike, on whom the film seems based, ‘Verte’ is as educational as it is experimental.

Clara: she is just another college girl, a teenager, whose social media image is perhaps her strongest identity, yet. Her famed Instagram persona is all that matters to her at present; and sadly, that is all there is to her, for now… She uploads every detail of her life, be it the mundane ones or even the most private moments, such as the ones she shares with her boyfriend. And, rather than using it as a medium to stay in touch, she uses her social media account to flaunt her life. Sounds familiar?

Director Alejandro Sanchez beautifully captures the millennial generation who is hooked to their virtual worlds. Even seemingly minuscule details like Clara’s friends commenting on her recently uploaded photo just as soon as she has updated her profile shows that he did his homework, and did it well!

Produced by Chisco Valdes, the movie sends across a message loud and clear; to girls and boys alike who unknowingly influence others with their own obsessed feeding of the digital fodder. Clara’s seemingly well-to-do digital life comes to a standstill when she receives a rude shock: an unwanted moment captured that gets uploaded much to her horror which results into her world beginning to collapse…

Gourain as Clara is fresh, impressionable and very talented. Her effortless act on being popular and the much loved and envied girl of her class comes across as very natural. Art director Maria Poyato chooses the setting very well. With lights out and a dying battery to accompany her, her growing unease is made palpable in the scenes. Cinematographer Francisco Valdes needs very little time to frame his content brilliantly, whilst composer Alvaro Basanta and sound recorder/mixer Luis E Vidal give the most appropriate sound effects to gently propel the film’s narrative forward. The high pitch music used when Clara leaves her desk or the familiar clicking of the keys that have come to become common may all seem trivial but are poignant notes that have been given their due credit in the film’s plotline.

‘Verte’ is important and relevant in many ways. From its very conceptual inception to dialogues, the film touches upon multitudes of themes are significant to the contemporary world. For instance, when Clara says, “But I do more”, the statement carries a very strong subtext. And, although the dialogue is used only twice in the film, both under very different circumstances, it compels the viewer to examine not only the character’s understanding of her world around but also their own!

‘Verte’ is remarkable not only in the choice of its subject, but also the approach it uses to address such relevant issues that deserve more than a passing glance!