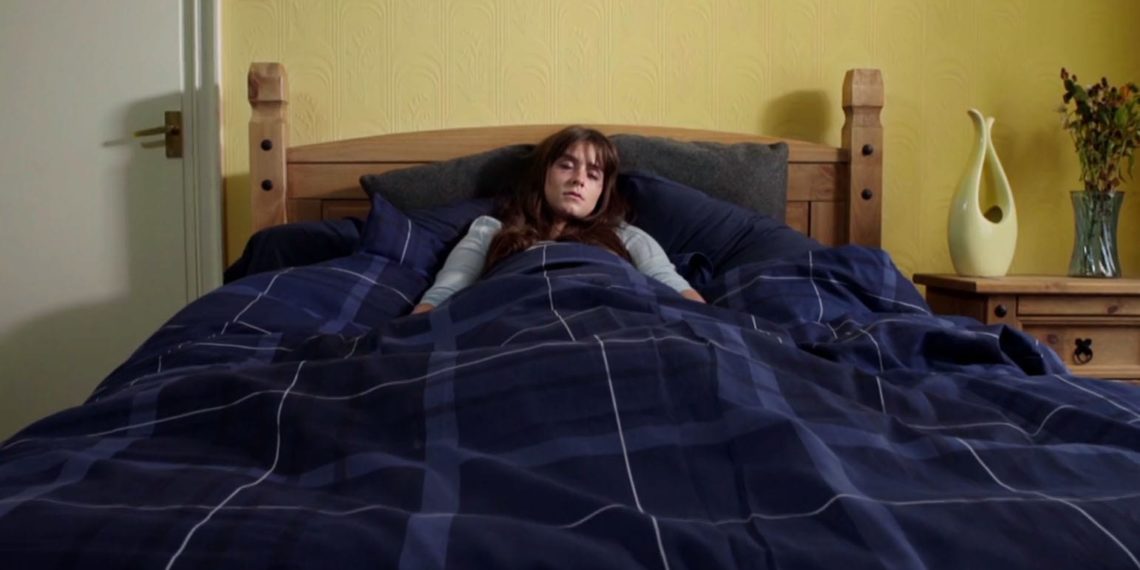 Too many films on amnesia, PTSD and partial memory loss; combine them altogether, with a dash of experimental edge to it and you’ll get ‘Chapter 1 – Liv’, an 8:51 minutes long film that is both riveting and psychologically engaging. Centered on Olivia a.k.a Liv (Brooke Vincent) who wakes up after a near fatal car accident only to struggle with memory loss, the film is more than its sci-fi-thriller element.

Written and directed by Dominic Stephenson, ‘Chapter 1 – Liv’, as the title suggests is simply a part of the series he plans to complete. In this one, we focus on Liv, a young girl, who has barely survived a car wreck. She is clueless about her own being, let alone her fellow male passengers. And, as if the pain and confusion of finding herself in an unknown setting wasn’t terrifying alone, her mother doesn’t make things any easier on her. Sally Ann Matthews who plays her mum, sure, comforts her, but is more preoccupied in learning of the accident and its nitty gritties than anything else. Strange, one might think; for someone whose daughter has just woken up from a 3-weeks’ coma, her maternal instincts seem to take a back seat.

As the narrative explores, numerous questions start playing in our mind just as Liv’s. We wonder at the sensibility of the doctors in letting a grievously injured patient be discharged without any observation. We question the mother who seems more probing than concerned. And, the answers turn out to be as alarming as expected. Vincent as Olivia is very convincing. She displays measured vulnerability without overdramatizing it. Matthews as Liv’s mum is effortlessly natural. Her probing although suspicious could easily pass off as a of curiosity.

Stephenson doesn’t waste time in disclosing the shocking revelation that proves Liv right. Beyond hers and our wildest imagination are a series of events that have been orchestrated and we soon begin to realize the price of one’s memory. The only weapon at her disposal now is also perhaps her deadliest – her mind and the rest of the story is an exploration of the same. Simon Naylor as Reid is agile and intimidating. The casting (Joanne Moss) couldn’t have been any better with almost all of them fleshing out their characters well. However, it is Chloe Bodkin, who plays Jane that, steals the show. Her evident sympathy for the victim is plain to see. Torn between her duty and moral integrity, she plays the conflicting dilemma well.

Stephenson’s vision is well translated onto the screen. He not only manages to keep the suspense hanging in the air but also makes his audience feel invested in his characters. It will be interesting to note where he leads this story further. Background score by Chris Fulton is apt to the already gripping storyline and he smartly keeps the dialogues undisturbed to give them their most impactful tone. Lastly, it is worth mentioning, the impressive task done well by make-up artists Laura Harrison and Poppy Nicholson who make you shift in your seat when the narrative shifts gears!

‘Chapter 1 – Liv’ is engrossing and oddly satisfying and we can’t wait for its sequel to regale us with its cliff-hangers and imaginative turn-arounds!

#ShortFilmReview: 'Chapter 1: Liv': They hit the reset on her several times until it was overdone! Click To Tweet