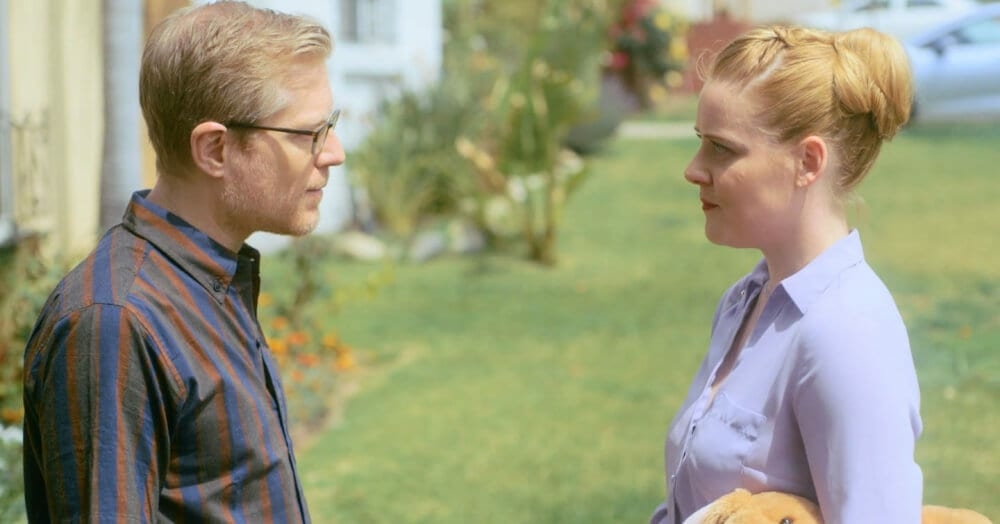 ‘Scrap’ is a 20:46 minutes long film on a homeless woman. Beth (Vivian Kerr) who is living out of her car, moving places whenever required, worse, when suspected is the central character of this film. She has if uncomfortably, settled for a life, as hapless as it may seem, unlike others, resorting to gym showers and take-away to get by her days.

In all her efforts from finding a job to dealing with the miscreants and unfortunate episodes met on the road, the only link to any stability Beth has is in her brother Ben (Anthony Rapp). And although he is concerned about her whereabouts, his own life has its own compulsions and restrictions, which although aren’t fully explored in the film, is plain to see. And as he is watching over her daughter Birdy (Skylar Hill) who is missing her mom dearly, Ben has to trudge the delicate path between concern and annoyance. For an estranged brother, he is torn between respecting his sister’s privacy and probing her to trust him with the truth.

And, although playing only at the backdrop, it’s the undeniable sibling bond that adds beauty to the film. When Beth finally comes to pick her daughter up, she relaxes on the sofa and you see that in more senses then one, she’s home, finally. It becomes as the film progresses, that Beth needs Ben and you only hope that she learns to pull down her guard and trust Ben with her truth.

Anthony Rapp as Ben is a solid guy. You know he is dependable from the moment he steps in. Vivian Kerr as Beth is a treat to watch. Her expressions and reactions to the suspecting neighbours and people around, in general, are very convincing. Elizabeth Ho as Stacy, although with very little screen time lets her eyes speak volumes.

Director Leena Pendharkar puts forward a message that is universal in its appeal. In a world of digitalization and technology, the real connections are lost. We call more, visit less. We meet more, talk less. We know everything that is going on in each other’s lives through the social media and other means of communications but we are emotionally disconnected. We have no clue what the other person is going through or feeling. She deserves every applaud coming her way for putting all of these very human, raw and tangible emotions and experiences, in less than thirteen minutes of time.

Cinematographer Daud Sani complements the direction and story so well that very few words need to be exchanged. And, although addressing multiple issues, with homelessness being the prime focus, ‘Scrap’ is really a textbook on the human psyche. Watch it for the sheer need to understand human vulnerability, if nothing else. You will want to call your loved one when Beth drifts off to sleep in the last frame.

'People Like You' Unveils The Dirt Behind A Family's Inheritance...