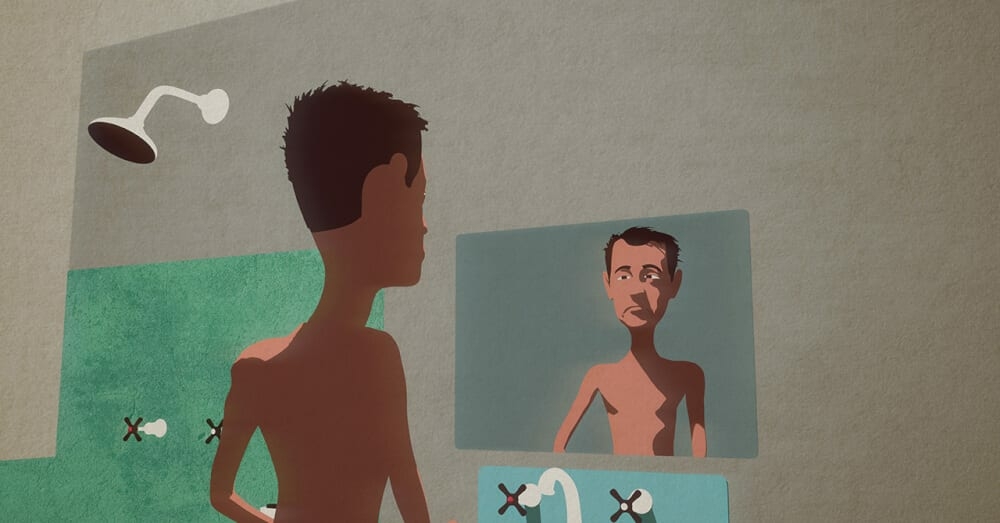 Having been nominated for the Golden Calf at the Dutch Film Festival, Utrecht, Netherlands (September 2017) and winning the title of the ‘Best animation’ at the Bucharest Shortcut CineFest (July 2017), ‘Sand’ with multiple accolades, wins and nominations is undoubtedly a gem!

‘Sand’ being Arjan Brentjes’s second animated film, takes its audience to a style in animation that has come to be much loved. A rather common, yet complex phenomena of life’s varied anomalies and mysteries that can only be deciphered by the living, when lived, is explored in this 4:52 minutes long film. The entrapment one feels when stuck in the repetitive cycle of one’s routine and mundane activities are captured so exquisitely in this that it’s hard not to fall in love with it!

Arjan Brentjes who has also written the film, offers a primitive yet beautiful narration of an average person’s daily struggles. As the character finds himself unable to break free from the shackles of the daily struggles, you feel the bondages grow on you too, as a creeper that is bound to eventually stifle the life out of you.

The film starts off on an innocuous note, with nothing out-of-the-ordinary as we are introduced to the sole cast of the film. We see him go about his daily activities like he would have done a thousand times. The monotony of it, the mundane tone to the ritual so neatly captured in frames that the film grows on you as you delve deeper. The animation is so beautiful that within seconds you get the picture straight; that this has happened a thousand times before.

Narrator/actor Bart van der Schaaf’s voice remains the sole companion in this journey. The dull narrative works perfectly well in this case to capture the essence of the story. The title, music and the very story itself makes the viewer feel as if they are themselves wading through quicksand. Written and directed by the multi-talented Arjan Brenjtes who does a splendid job in the animation; with an aptly chosen background score that in fact resonates with the title itself certainly deserves all the accolades coming his way.  The narrator/actor Bart van der Schaaf fits the role by giving the narrative which tethers the audience to the sound of his voice. In short, ‘Sand’ is a work of art.

This film is a must watch and bound to shake its viewers out of their reverie! Highly recommended!