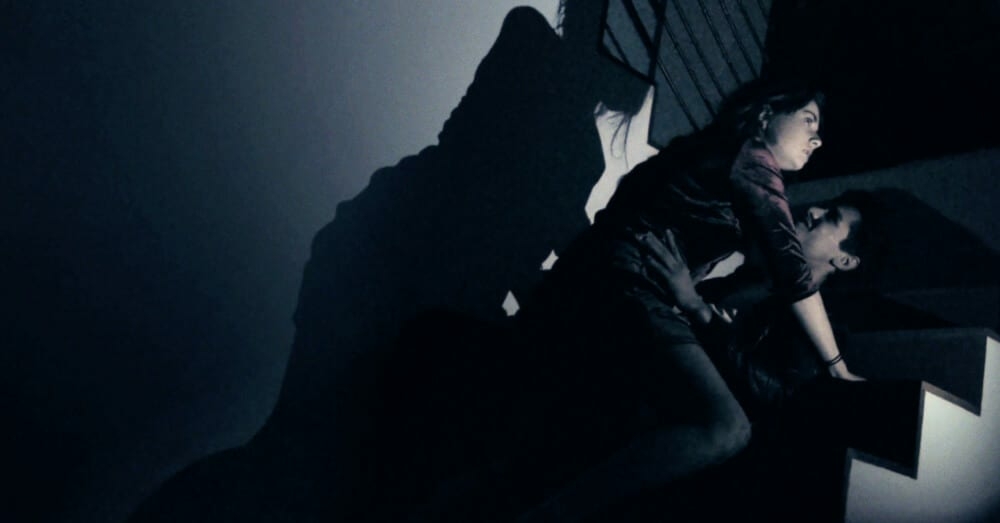 ‘N.I.’ is a 5:40 minutes long, thriller ride that shows the whole universe that could possibly be yours. Though minuscule in duration, the story compels its viewers to re-watch it to simply appreciate the thought behind it, if nothing else.

Director Sallyanne Massimini (who also happens to be the writer and producer of the film) does a splendid job and chooses to induce uneasiness within the very first half of the film. She sustains this trajectory until the story raises a million questions in your mind, and then, cleverly suspends it all in utter disbelief and confusion. What’s most tricky about this genre is the suspension that hangs in the air. The ability to weave a story and sustain its pace and narrative to a point that the audiences feel invested in it and hence moved by it is by no means easy. And, Massimini masters it here, through her very first script.

Since revealing even the most, seemingly innocuous detail of the film would be a giveaway and unfair to this beautifully crafted piece of work, it would be best left at saying: N.I. is a story that thrills and takes you to a possible world that could be possibly yours in near future, as humans and everything created by them remains time sensitive. The film begins with a devastated Samantha (Giorgia Whigham), sobbing. Her tears visible only in the mobile’s flash in the pitch dark room; the setting is clear, the premise uncertain and the characters riveting. She calls for Aaron as she cries, and we are transported to the past, where we see her trespass a house with David Meza, playing Aaron, assuring and passionately kissing him.

We see a couple in the throes of passionate lovemaking only to be spooked by the unexpected sound they hear from their surroundings. Equally spooked as curious, the narrative ingeniously explores the source of the sound. The editing (Dmitri A. Gueer) is impressive, as is the background score (The Angel) taking you back-and-forth in time, adding to the confusion necessary to sustain the plotline. The entire film bears that one vision, which the whole crew endeavours to achieve and it becomes evident in the perfect sync attained by the technical department only to be matched by the compelling acting of the lead pair. The camera is mostly hand-held, adding to its voyeuristic feel; and the close-up shots instantly breaks the wall, making us feel like we are sharing the same space as the actors.

Even as the credits begin to roll accompanied by a beautiful background score, one wonders at the nature of the film, its message and the gripping climax. Director, writer and producer Massimini keeps her audiences hooked giving an open ending, yet satisfying them in the final revelation made. Without giving away spoilers, as Samantha begs for one more chance, so would you!

What sets ‘N.I.’ apart from the rest in this genre is that, this one ends on a blank canvas with just a few defining strokes leaving the audience with the choice to add their colours of a future that could be or already is theirs…