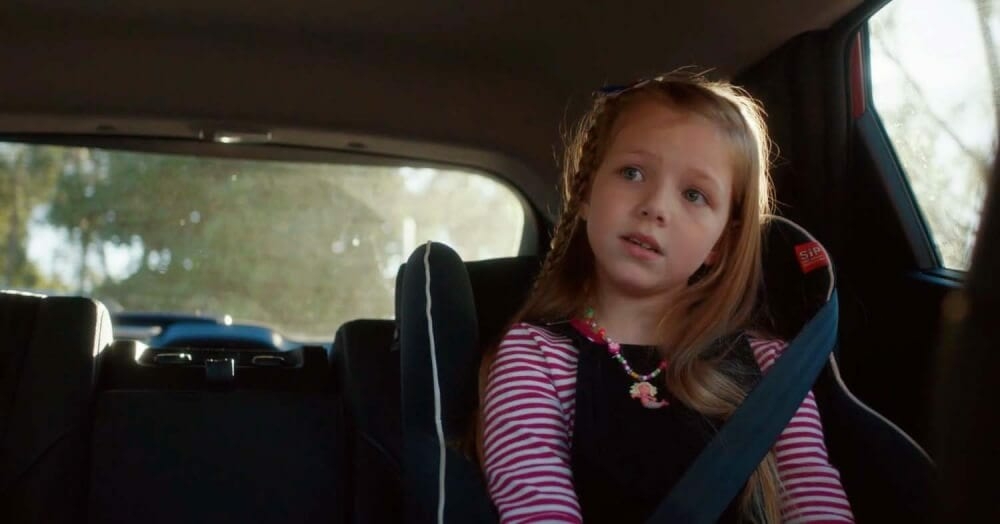 Even though the film questions the choice, there is little doubt that the answer would remain the same for all; that to see their lost loved ones at least one last time. In Richard Mildren’s ‘After She’s Gone’ June and Max grapple with the gaping chasm left in their daughter’s stead. Trying to hold together a marriage that solely survived on her, Cynthia; they are now nothing, but a festering, purulent wound without the cover of their daughter’s laughter.

Within the very first minute, we are made aware that June (Kat Tait) who works in pharmaceuticals wears a subtle competition with her husband Max (Blake La Burniy), for her daughter’s affections. Max who spends most of his time at home with Cynthia (Charlotte Stent) has the unfair advantage of the time to his side. It’s a cold marriage, and the very thing that holds it together is what keeps the war alive as well. While a slew of fight ensues between them, their lives flip over as Cynthia ingests pills that accidentally become accessible to her.

In a desperate attempt to see their daughter again, Max takes those very pills that killed her – the Amber pill, manufactured by June’s company. The scene is written well and carries a horrific abruptness to it. But with La Burniy’s loud performance and Tait’s flat one – the yelling doesn’t stop once it has begun and with Tait being toneless, denying us a sense of finality or tragedy, the scene becomes visibly discomforting, as intended.

The camera has a sense of calmness to it until it loses Cynthia.  Thereafter it turns into unsteadiness, which although deliberate might seem redundant after a point. Even when Cynthia is alive, ‘After She’s Gone’ uses a green palette to signal the oncoming tragedy. Contrasted with the rosy pinks of Cynthia’s presence, it is a stark reminder of the emptiness in Max and June’s lives.

La Burniy’s charming chemistry with Charlotte Stent’s Cynthia feels authentic, while that with Tait has the appropriate air of sour resentment. Tait portrays her character with a steely fierceness but falls into wooden delivery in the most inopportune of moments.  When June does break down, her pain is expressed with an appreciable awkwardness, as though crying is not an oft-used channel here. The botched background score has, however, hijacked the gravity of many a scene throughout the film, and it is disappointingly evident in the manufactured air of its closing sequence. The sincerest performance perhaps comes from Stent; amidst the laugh and giggle-filled screen-time, she pulls off worried eyes and unaffected smiles with a touching maturity, bringing depth to a stock character.

After she’s gone, there is a real reason to believe in Max and June’s despair, as well as to see the faintest hope for healing this and years of wounds.

#ShortFilmReview: 'After She's Gone' is waiting for that elusive absolution from pain and loss… Click To Tweet

‘Alice’s Misfortunes In Underland & Through The Looking Glass’: This Tale Is As Urban-esque As It Can Get!