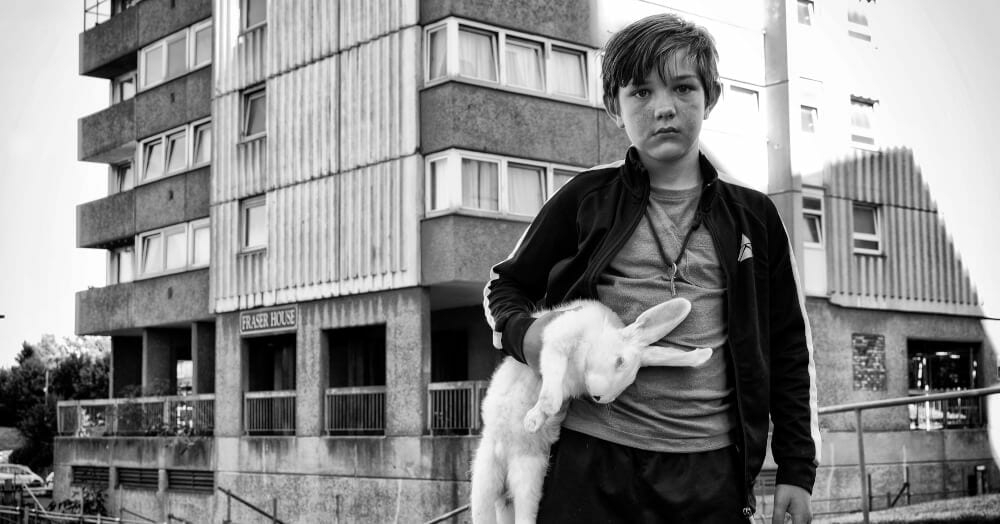 Shit; the word itself reeks of disgust and loathing. It is something that we wouldn’t like to converse about let alone label someone as; but here, this movie’s title couldn’t have been . The film which is a recipient of several, prestigious awards (you will know why!) has been written and directed by Richard Gorodecky. He has done a splendid job of cutting a neat slice of a story that addresses the most common cause of clinical depression worldwide; that is – loneliness. Only, here, it is seen through the eyes of a boy, a hero of sorts, who leads an isolating existence.

The boy, Paul, (Badger Skelton is a worthy find as he has played the part to conviction) is a loner who is denied affection; be it from his older brother (James Backway) or mother (Ashley McGuire). Skelton, with his expressive eyes and a long lost demeanour of a child, strikes the chord instantly with the audience. But, it’s his aching loneliness which is well captured in his often destructive but comforting moments of solitude by the streets of London that is riveting. His ailing mother who is perpetually in need of support is simply an additional appendage to his already precocious existence.

Skelton as Paul ably directed by the talented Gorodecky is a force to be reckoned with. Gorodecky manages to make London a living, breathing entity and in Paul’s quest to find himself, the audience loses itself. Gorodecky’s writing is equally sharp. He leaves behind little cues in the scenes unfolding the true subtext of the plot and the myriads of shades his characters carry. James Miller’s cinematography is brilliant. The very first scene, where Paul looks outside his balcony listlessly and then into the distant end of the staircase is outstanding, albeit disturbing. Viewers must especially watch out for the scene where Paul tired of the neglect and loneliness that life has to offer him goes berserk. His venting out of his frustration in a desolate spot with the music (Angus MacRae) that accompanies is a beautiful example of the vulnerable human self.

The dialogues are limited, but the existing ones are poignant. Especially the scene where Paul asks his ailing mother as to who will look after she leaves this world is one to note of.  Children who are denied love and affection find themselves perfectly represented by this deeply moving scene which promises to question parents and authorities alike.  In short, ‘Little Shit’ transcends the very word which evokes disgust and enlightens its audience. It holds out a mirror to the society on its waylaid, neglected and abandoned children who deserve love as much as any other human.

‘There’s Something In The Trunk.’ Will Haunt You Forever…

‘There’s Something In The Trunk.’ Will Haunt You Forever...