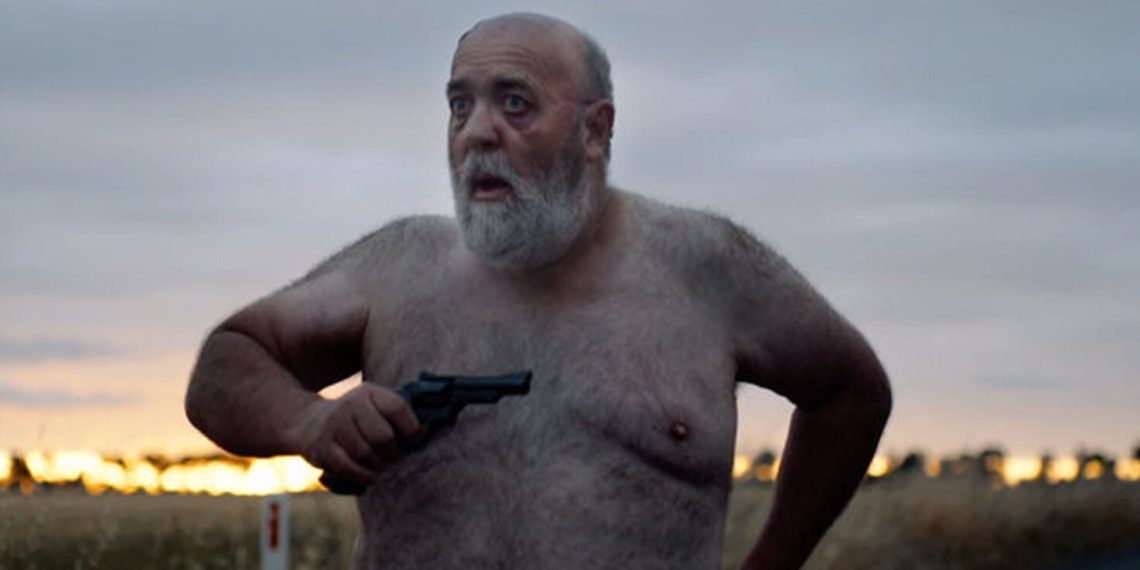 What did F. Scott Fitzgerald want Jay Gatsby to really stand for? What did he think about The Great American Dream? These are but a few questions that Charlie and Marc ponder– while they clean blood from their glasses and wrap dead old men in plastic!

An existentialist dark comedy co-written and co-directed by brothers, Jay and Shaun Perry, ‘The Intentions of F. Scott Fitzgerald’ was written, you guessed it, after one of them finished ‘The Great Gatsby’. The beauty of this film – is not in its absolutely bizarre premise, but in the intents of its directors; to examine that mundane old monster called routine. So subtly executed is this that it lends the film multiple layers of humour.

There is loud screaming involved, as well as other elements of slapstick comedy but the directors do not reduce the humor of the film to just slapstick, instead taking these elements and moulding them to fit the more intelligent, restrained tone of the film, the short is both a visual and cerebral treat. The addition of a music box is a brilliant touch – a living, breathing motif and demonstration of monotony. In fact, by the time the end credits roll, one cannot wait for the tinny tune to end. Jack Church’s score fits the film like a glove and, as all great scores do, lifts the narrative to sweeter heights.

The star performance here comes from Laurie Fildes, the older and wiser hitman with a soft spot for DiCaprio, the pug. Fildes delivers an endearing performance as Marc, dishing out scholarly contemplations on literature and philosophy, while emanating a grandpa like aura, making us feel all warm and fuzzy. Glenn Luck as Charlie occupies the junior position in this regular job, taking advice on literature and bearing the criticism for messing up a murder. He is believable but the limitations of his character keep from evoking an emotional response like in the case of Marc. As a character, Charlie serves as the butt of many a joke and sometimes undercuts more serious threads, infusing it with humour. Editing (Shaun and Jay Perry, Scott Mulgrew) plays a great role in this same objective, especially when the story moves on to open air. A shot of Old Friend (Mark Reed) running through the forest just as Marc spots him is one of the film’s most surreally hilarious moments, a testament to the vision and talent of its directors, cinematographer (Scott Mulgrew) and editors.

Fitzgerald’s intentions have rarely been so enthusiastically examined as it has in the workplace chatter of Marc and Charlie while Old Friend runs through the woods. And as for Dicaprio, well, let’s just say there’s a bit of reference you might not enjoy!