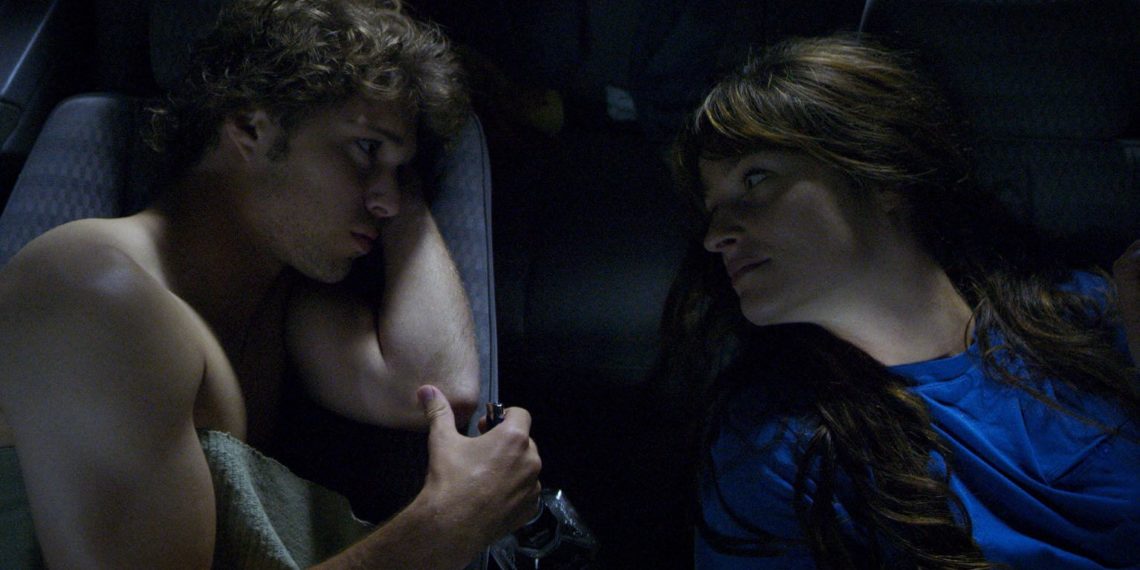 Written and directed by Florian Jochum, ‘Roads Ahead’ is a 24:35 minutes long film on two strangers, Mia (Ina Paule Klink) and Dean (Jascha Rust), whose chance meeting sets off the story. What they have in common is their love for music and a shared apathy towards a society that refuses to give them their due. What begins on a shaky note of a desperate attempt at getting away from their collective misery soon becomes a road trip across picturesque Germany! But, what none come prepared for are the bloody trail they leave behind across their ventured path.

Klink as Mia is vulnerable and yet menacing at the same time. The complexity of the character is well captured in Klink’s performance. The slightest alteration and the character arch would have tipped unfavourably. With an infectious and disarming smile, Klink effortlessly slips into the femme fatale. Her initial gullibility, a mere camouflage to her true being, the character is perhaps one of the best written. Her gumption is matched only by the timid Dean. Rust has an inherent boyish charm, which he uses to his advantage as he plays the lover to a headstrong girl. Despite everything being morally wrong about them, you get sold into their dreams of a happy life together.

The story is an unsettling, but nonetheless true depiction of human nature; the taking over of the guttural, animal instinct within. When the hunger for recognition and acceptance remains unsatisfied, it doesn’t take long for even the slightest of provocations to lead to anarchy within. Then, there is no right and wrong. Dean and Mia are on one such journey, wherein every wrong is eventually negated in their minds and acts.

Jochum’s direction and writing is fresh. The characters slip gracefully into a cacophony of music and crime, like none other. Even the violence seems justified in their madness. There is an uncanny, dangerous even, understanding of the criminal mind that is well projected into the film. The last scene in particular is very telling of Jochum’s genius as a filmmaker. Anton Knoblach’s cinematography makes every scene, every frame picturesque. The music which forms a very essential part of the screenplay is very fitting and uplifting to the narrative. Where perhaps the film deserved a little more attention is in the backstory of the characters and the chemistry between the duo. But, not complaining, for the film has far more to offer.