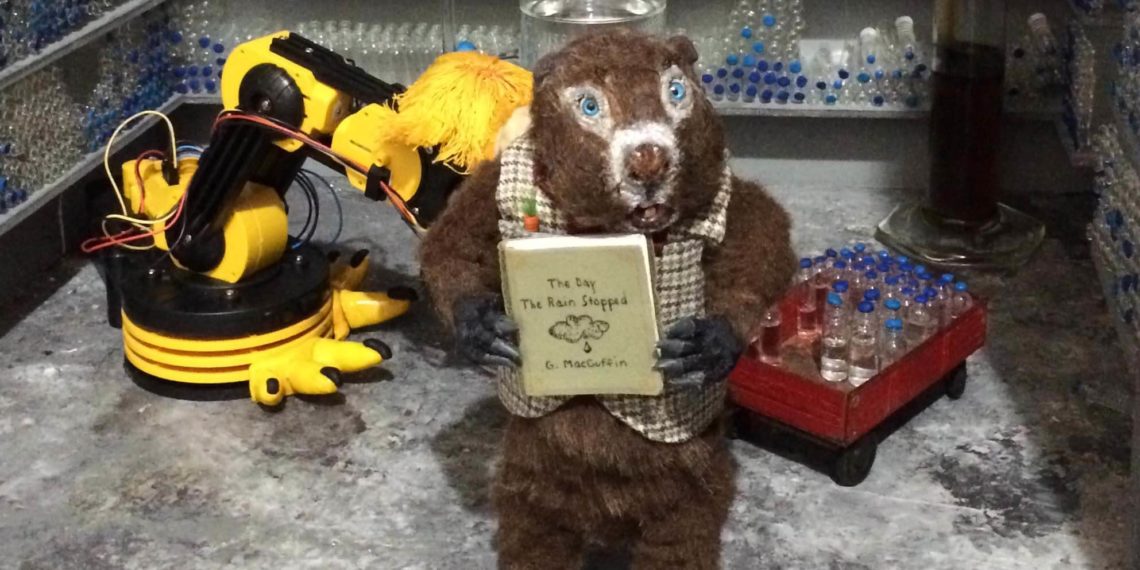 Recipient of multiple awards, ‘Meeting MacGuffin’ is a sci-fi, stop-motion animation that is set in world where no trace of ‘human beings’ is left behind, save for their scattered pieces, namely, pelvises, brains & feet. The community of ‘Clothespin Freaks’ are on a mission to assemble as many body parts as possible to create new beings called Homeys. It’s a carry forward from the prequel ‘Hanging by a thread’ (2013) of the trilogy, of which ‘Meeting MacGuffin’ is the second. The Homeys in need of a makeover as they are meant to be more than just their pelvises and brains; the film is a journey of recreating the humankind, modelled on better principles and morals. ‘Lost and Found’ backed by Misty Lee’s voice-over, remains our prime narrator of this thought-provoking, thriller that is one of its kind.

Multitalented Catya Plate for whom roles become an endless symphony starting from director, writer, producer, cinematographer amongst others stands out in each of her works. The set design, in particular, offers something unique; a never-seen-before visual treat that not only challenges the mental complacency that the audience has gotten accustomed to but also a nudging push to look for the beyond. The film is a pure gem. The premise centring on the ‘Lost and Found Sign’ that leads the group comprising of ten homeys and the Clothespin Freaks knocking at various doors to complete the newly resurrected beings to completion is a novel spin to the usual plotline. Plate successfully blows life even into the inanimate looking puppets, so much so that towards the end of the film, as they start their own journey, you begin to root for them. There is genuine joy at their homecoming, so to speak.

Despite not being privy to the prequel, the film can hold itself, by itself. It carries with it a distinct vibe akin to the Frankenstein books. But, despite the puppetry, the film cannot be overlooked for the deep, philosophical undertone it carries. With mass destruction of the resources due to callous human endeavours, the end of the 21st century sees the annihilation of the beloved planet, the only one known to humankind. The groundhogs have on the other hand been preparing for this catastrophe and come to save the daylight. The narrative follows this simple, yet deeply impactful binding of characters to lead to its storyline.

The direction remains steadfast throughout, never losing its hold on the script and the editing simply makes it even better. When it comes to cinematography, Plate uses multiple positioning of the lens to capture the heart and soul of the film. Her choice of high-key lighting gives the much desired shadow effects to the frames. It creates an eerie look that is not only riveting but also foretelling of the events to come.

Special kudos to the Foley editor Rich Bussey and Foley Artist Matt Davies for breathing such life into the characters that they seemed perhaps more relatable than humans! The soundscaping dilutes the toon effect to give the necessary jolt to the film.

True, that it’s a genre based film that may not have the entire of all audience to it, but it certainly deserves a one-time watch by all. When the Homeys are all set to venture into their new planet, there is joy and genuine chuff in MacGuffin at his creation and you couldn’t have hoped for a more fitting conclusion to the series, with a hint of more to come.

The film is thought provoking, in the sense, that apart from being a one-of-its-kind in the ecological thriller genre, the message it sets out is pretty universal. It compels you to think long after the curtain falls.