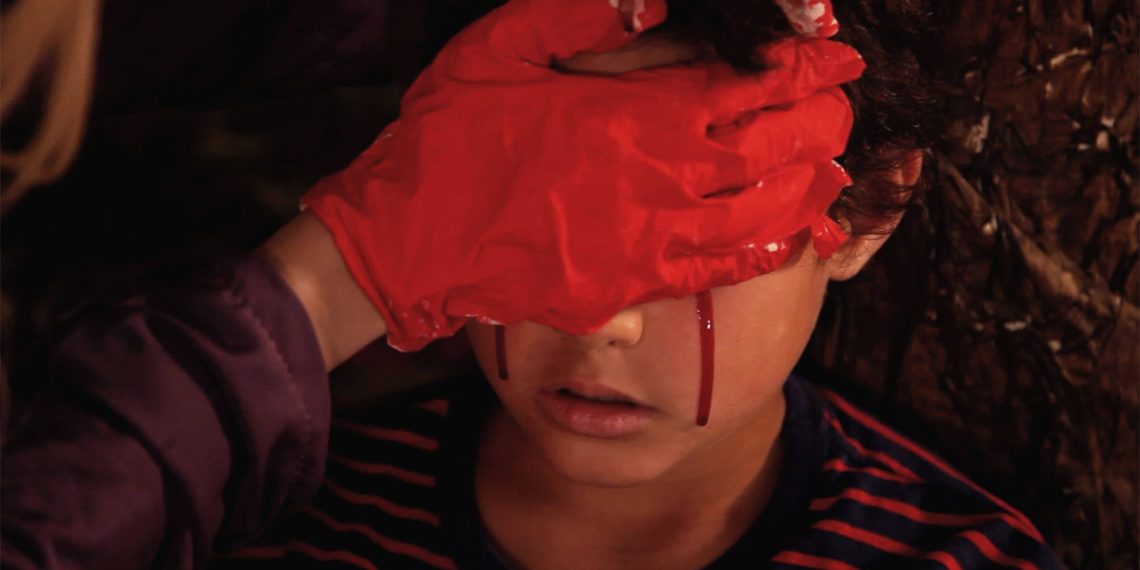 Inspired from a true event, ‘Kuo’s Eyes’, is a 24:48 minutes long film set in the landscapes of Italy, against the backdrop of an abandoned church that creates a befitting theatrical and vintage look for the film.

A 7 year old Kuo lies still on the bed with eyes bandaged. Doctor confirms the worst. The child is fine, but his eyes aren’t. The news leaves his parents utterly dismayed. But, how did this come about? What cost Kuo his eyes? Director-writer-producer O.B. De Alessi bids her time and peels layer by layer, slowly. As the movie proceeds, Alessi reveals about the faceless woman whose ominous presence in the woods spells the trajectory of the film.

The music is a dead giveaway to the genre, but to Alessi’s credit, the suspense is maintained until the very last shot. When the police officer (Christian Bellomo) starts his investigation and meets Kuo’s Aunt (Alessi), suspicions are raised. ‘Kuo’s Eyes’ is a multi-layered film that compels you into thinking beyond its frames. It doesn’t take long for Alessi to reveal the parallel tales of Kuo’s aunt. But, she manages to keep her as mysterious and clouded as a character, that it’s hard for the audience to truly get to the heart of it.

The Story intersects when, Kuo with the help of his soft toy ‘Bainfu’ sets off on a journey to finding the mysterious, faceless woman whose presence resulted in the loss of his vision. In the duration of this course, he comes across the long lost, source of his Aunt’s tragedy. The riveting twist added here only fuses more suspense and thrilling narrative into this already suspense ridden film.

The movie is deliberately kept slow paced. Alessi invests the first ten minutes in just telling the audience of Kuo’s tragedy. However, unfortunately, the same yardstick isn’t used for the rest of the characters. For instance, Marco Monty Ferrari (Father) or Adriano Raia’s (The ghost) characters aren’t well-explored. Valentina Rubini (mother) is underplayed throughout. But, Alessi, as Kuo’s Aunt, outperforms her co-actors. The movie carries a certain esoteric, fluidity to its as if it’s trying to narrate a secret, not meant for all…

True to the film, Michael Salerno (cinematographer) uses the creative liberty to present the compositions in an eerie way. In most of the scenes, Salerno uses Dolly shots and wide angles which could have had some extreme close-ups as well.  Though the film is shot on an abandoned church, the seems ridden with symbolism. Golden Fur’s background score, although not subtle, instantly creates the mood for the film.

Red remains the most vital hue used to highlight the visual grammar of the shots. More than fear, the intent at creating suspense and unease proves successful in the case of this film.  What sets this movie apart from the rest in its genre is the abject novelty in which this psychological thriller is presented. There are scenes where the editor (Alessi) has sewed the sequences very well, making it all seem effortless.