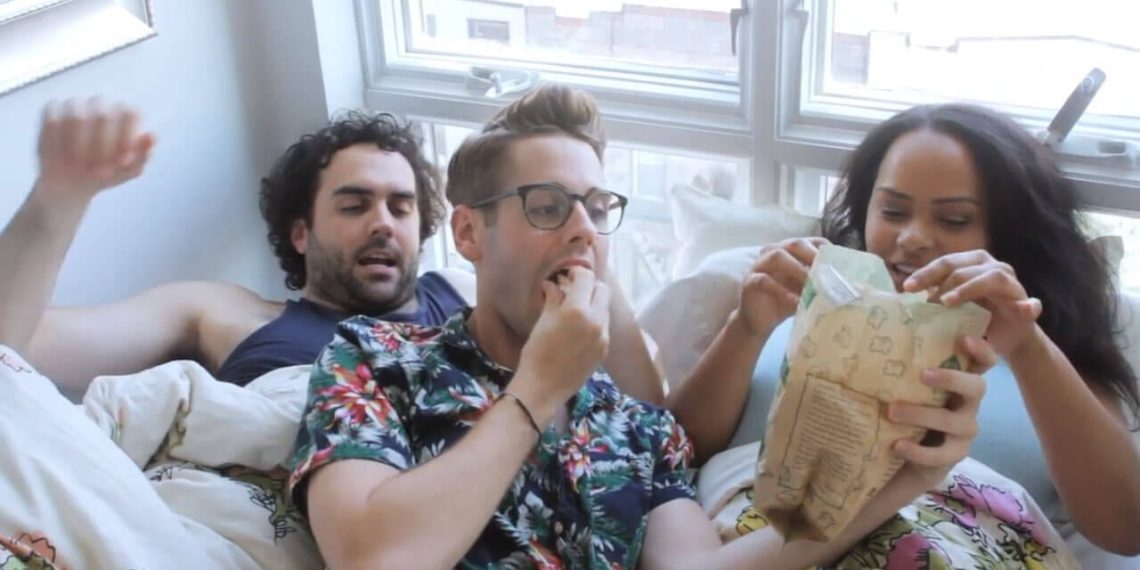 Mary ( Mota) is leading a happy life, with her beau John (Brennan Lowery). Jesse (Steven Smith), her old college friend, on the other hand, is going through the worst period of his life; a break-up that has left him in pieces. The story is set on their friendship and how Mary, in an effort to being the best friend, offers her shoulder to cry on, as expected, leading to strains in her love life, as expected! Sounds stereotypical and predictable? Wrong! Mota spins the usual storyline into a heady mix of layered characters, unsuspecting plot twists and a brilliant screenplay peppered with humour!

John’s unhappiness at Jesse’s presence in their life is unmissable. But, don’t be fooled, our Jesse isn’t innocent either. Charismatic, subtly manipulative, his homosexuality an armour against any ill-conceived ideas of feelings towards his friend, Mary; Jesse is so well fleshed out as a character that it’s just one of the many highlights of the film. Mary’s smooth sailing life goes for a when the third wheel in their relationship rears its ugly head. The screenplay is taut with humour, witty one-liners and comebacks that really spin the narrative from the usual.

Mota has given her audience so much to chew on that it would be a if the film is reduced to just another comedy. Jesse as a character is so flawed, so layered, that it’s hard to plug him into a category. To give credit where it’s due, Smith becomes Jesse! His acting is spot on, never going overboard the character arch. The narrative style is cyclic, giving a wonderful character trajectory to each character in concern. Smith does overshadow all the other actors; his thespian callings binding the audience into a riveting portrayal of an equally interesting character.

The movie has a bright tenor to it, comprising of well-lit shots. Relying on the natural light, the film carries with it a peppy feel, throughout. The dialogues are relatable and the editing (John Painz) is crisp, leaving the film evenly paced. The cinematography by Painz is delightful as the camera lingers just long enough to let the audience enjoy in the moment and not anymore to make it mundane.

All in all, ‘The Third Wheel’ is an absolute delight and a fun-filled attempt, and a successful one at that, at altering the predictable storyline of the friend who invariably becomes a spoke in the couple’s relationship. But, Mota’s ‘The Third Wheel’ challenges the status quo and offers a daring, believable and funky take on the usual!