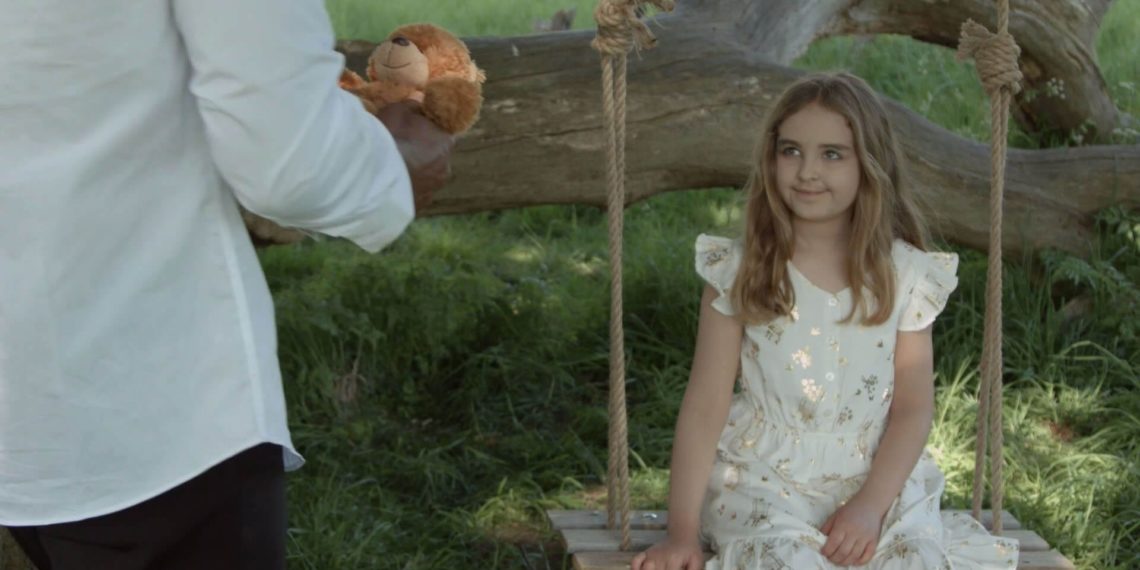 Lush greenery, picturesque grasslands, a beautiful little girl and her innocent eyes; the film starts off with an optimistic start, but the truth couldn’t have been farther apart.

Kris (Tee Morris) is a guilt-ridden father, holding himself accountable for the murder of an eight-year-old Eliza (Catherine Richmond-Maud). He is incarcerated in his own mind. It’s said that an unsettling reality demands courage to face it. And, so, a guilty mind demands ways for its exoneration. Matthew R. Ford, the director and writer of this 34:01 minutes long film shows Kris as the protagonist around whom the story revolves. Anguished from the nightmares of a 12 years old unsolved crime, Kris is nothing but a self-destruct. He seeks help from everywhere and ultimately finds solace in the bottle. His recurring dreams around a tree and what meaning holds are saved for the last.

Eliza and Kris meet often, in dreams and otherwise. The juxtaposition of their shots, dark and sober; ring in the turmoil that makes for Kris’s world. The conversations between them illustrate the complexity of the human mind and that of a man in pain. The accused, Toby Lacy, was an acquaintance of Kris. This only weighs more on his soul. His hither-thither world seeks an end to the dilemma he finds himself perpetually in and Sarah (Caroline Frewin) is perhaps his only occasional comfort. Talking to her too, however brings little to no relief to him.

Editor-Director Matthew R. Ford paints his canvas with shades of secondary and primary colours. The location of the film has a scope to offer visual pleasure to its audience. The composition of shots has been deftly designed. Usage of close-up shots captures the frustration, guilt, restlessness and disdain of Kris. Ford prefers to use the combination of close-medium and long camera angles in the dream sequences. Props, be it the swing or the soft-toy named Toby, or even the ladder, are all placed using the rule of the thirds in mind.

Music by Kai Engel is emollient, carrying the weight of the characters, it sinks in slowly. Acting by Tee Morris and Catherine Richmond-Maud is commendable as is of Caroline Frewin despite her limited screen presence. The film isn’t easy on the viewer; it takes every ounce of strength to accompany a man on his path of destruct. But, self destruct has never been captured so authentically before…