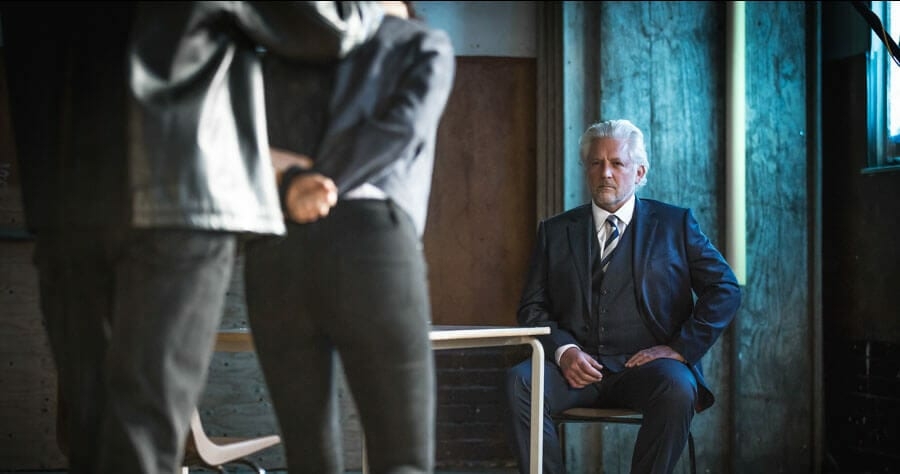 Every family has their closet full of skeletons, best left that way. But, ‘Blood Means Nothing’ opens the Pandora’s Box and there is no turning back. The story deals with a deep-rooted societal problem, that of child trafficking. But, instead of politicizing it or showcasing it as a case of vigilantism, Mark Oxtoby’s ‘Blood Means Nothing’ presents the tale with an empathetic touch on the victim and the repercussions it leaves behind on the family of the perpetrators.

One of Oxtoby’s protagonists is Amy Parker, played by Lauren Logan. A trusting school teacher who is gentle and loving to all. Her love only been returned in either hurt or betrayal, she is the quintessential gullible. The movie through its characters and their revelations, peel layer by layer the subplots of mistrust and betrayals. Amy finds herself ensnared in child trafficking after a date with a trusted university friend; Yarik (Dan Krikler) goes horribly wrong. To Oxtoby’s credit, he doesn’t restrict his character arches to the clichés. Instead, relying on the pensive writing of Dawn Buckland and ingeniously using mid-shots to build sequences that are well complemented with engaging soundtrack (paper cut; feel that rush), the narrative is built dexterously over a solid screenplay.

Yarik, the only character whose arch remains unpredictable, leaves the audience wondering of his intent and motives. His brother Yanis Meer (Andrei Teodor Iliescu), on the other hand, is fierce and menacing despite limited screen time.  Their uncle Marek Meer, perhaps one of the best villainous characters seen on-screen, played by Charles Daish is ruthless, sinister and yet brilliant. The little girl, Bethany Andrews, played by Lily Oxtoby, is the central character around whom the story revolves. With virtually no dialogues to her taking, it’s solely her acting that sustains her performance, of a scared and scarred child. Her newly built bond with Amy is well reasoned and sustained until the very last shot.

Nothing could have blended as well to this film as Jon Bourne’s composition. It had percussions, soft tones and all the variances that could uplift the audience’s experience. Unlike other short films, ‘Blood Means Nothing’ offers the taste of a mainstream cinema. Acting by Lauren Logan and the remainder of the cast deserve a thumps up. Camera and Editing  by Clever Little Films(UK) is impeccable. With no surprises then, this film bagged the Best Short Screenplay independent shorts awards (2018) and also earned a nomination for the Best Short screenplay (Top Indie Film Awards) and best genre script (The Monkey Bread Tree Film Awards).

‘Blood Means Nothing’ is narration of a very serious social problem, that deserves more than one viewing!