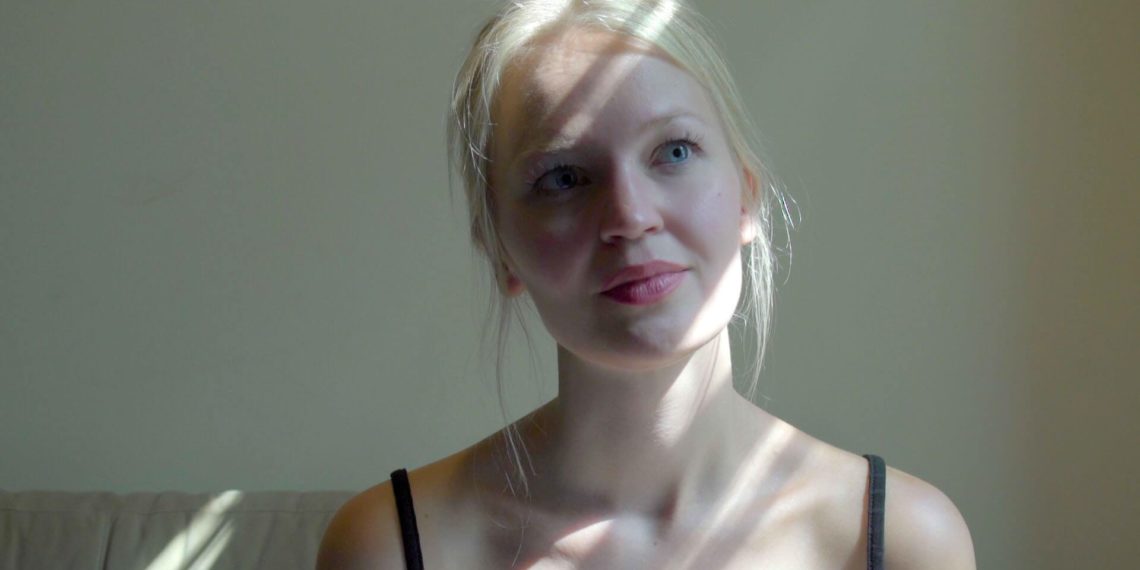 Katrina (Sini Hill) is a struggling actress from Finland, based in NYC. She auditions for role after role but with little success. When her potential big break does come, it is cut short by logistical snags. Sounds familiar? Director, writer & producer Sini Hill’s ‘Hustle’ is the telling of countless tales from the labyrinths of Hollywood and other filmdoms.

Hustling for success, from what mass media has taught us, is an all-consuming high-energy jostle. But, 2018’s short comedy ‘Hustle’ redefines it to something else. For, Sini Hill’s Katrina does not hustle – she reluctantly drags herself out of bed to audition-to-work-to-next audition. There is little shown besides half-hearted learning and botched attempts to fully showcase her struggles as an actress, save for the conversations she has with her loved ones on-call.

‘Hustle’ follows the story of Katrina. Her routine well explained through a montage of an early morning routine; the casualness, the boredom that has seeped in from monotony is plain for all to see. But, the unstructured script of the film leaves the screenplay disjointed. At times, scenes, feel as though they were plopped one next to another with little importance given to finesse; however, in the midst of all this, the pace is maintained steady. The funny scenes although with its best-to-be-avoided, overused tropes; could have been exploited further.

Cinematographer Michael Ezrachi uses awkward angles and shots to showcase the chaos in Katrina’s life. Through his lens, her life indeed seems desperately in need for order. Neat editing by Michael Ezrachi preserves the fluidity of the scenes. Sound quality is, sadly, subject to neglect; the unnatural, clanging tones getting in the way of an emotional response.

One of the best perhaps, well-executed scenes of the film is the one where Katrina is on-call with her agent and the juxtaposition of the news being received to what is being presented by her family.  It’s a subtle ode to the infinite number of moments shared by desperate, hopeless, struggling artists and their constant trying at their luck.

Strangely, perhaps, in a bid to cheer the narrative, the film makes for an unexpected turn that has no previous prompt. It somehow gives the vibe of a botched attempt. Nevertheless, ‘Hustle’ is a good attempt at peeling off the glam quotient of the filmdom. It isn’t engaging, but is relatable, even if you’re someone outside the industry in concern. For, in ‘Hustle’ the story is universal and the sheer despair and silent giving up of the character is heart-tugging, to say the least.