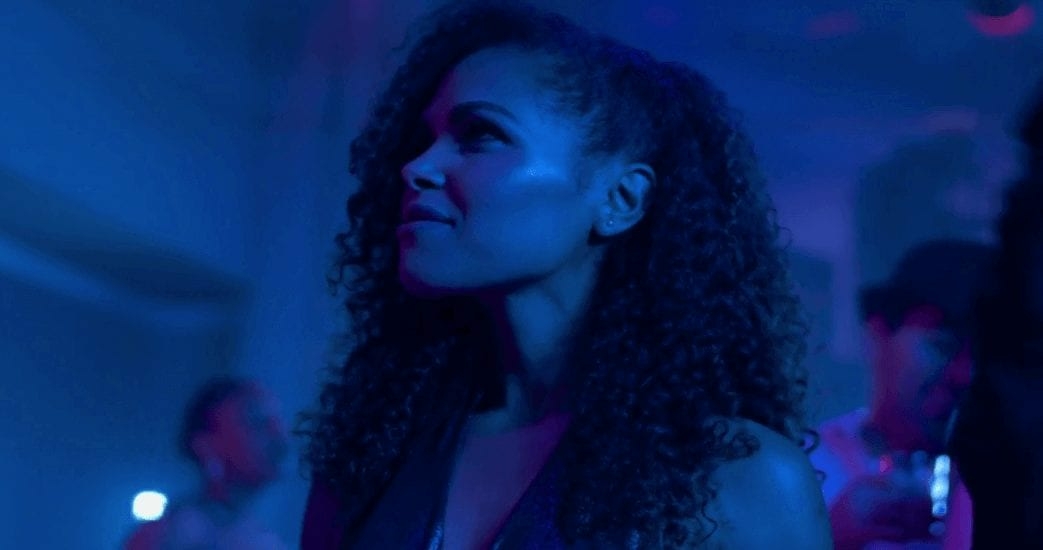 ‘MAMBA’, from the very choice of its title to its titular character is a well thought out short film with a surgeon’s precision. Right from the first scene, the camera ensures that the audience stays hooked, for the ambiguity of the genre alone is a biting suspense. The frame follows Kali, a woman who will remain the most pivotal character of the film. She enters the club, her eyes soaking in the ambience, ensuring you soak in hers. Her purposeful gait, the confident strides that only a seasoned actress could have pulled off; Sonalii Castillo as Kali, is Kali.

The music in ‘MAMBA’ is a character in itself. Supporting every frame, every character, it blends in effortlessly without adding too much, and just enough to the scenes. As the camera (cinematographer: Luke Dejoras) follows Kali, we sense her resolute. Her costume notwithstanding, we know she isn’t like the usual party heads. Honey-trapping a guy (Edward played by Chad Michael Collins) to extract information with only the aid of her trusted partner, Sam (Sam Puefua), Kali is the fierce, rogue assassin on a mission of her own. What makes the plot even more complex, however, is the lack of subtext offered, which one needs to know to fully comprehend Kali’s motives and burning desires to bring to an end, what seems like an empire. The character arch is developed primarily relying on actions than on any thoughts or emotions. This, although interesting to watch offers a visual appeal which works best considering the minuscule length of the film. The pace of the narrative is kept steady with crisp editing by Guglielmo Cuellar & Wilder Herms.

After several bullets shot, quick cuts and smooth action sequences, effortlessly pulled off by the cast, the plot thickens to reveal dark details of what made Kali go rogue. Castillo is a natural when it comes to action as she is with writing, with credits of this film to her kitty. The camera-work is exquisite. The action scenes which constitute the majority screen time of the film are shot to perfection. With limited dialogues, the script sticks to the convention and in true congruence with the characters of the film, complete it in relatable narration.

What doesn’t work in favour of the film is the complex background story that is left out from the existing plotline. It would perhaps make for a great mini-series, but to hold on its own seems a tad bit difficult. For instance, the ambiguity of the title, its purpose remains unexplored. But, on the other hand, on the production front, the film brings a lot to chew on. The direction (Sam Puefua) makes it even better as the action sequences are minimal and hence, believable. The music as mentioned before adds a veneer of flesh to the characters & plot.

The film leaves room for more context through visual imagery of the past as it seemed needed for better understanding and relating to the characters. Regardless, it’s a brave attempt at bringing to the forefront a female-led, action-packed story of a woman who knows how to settle her scores.