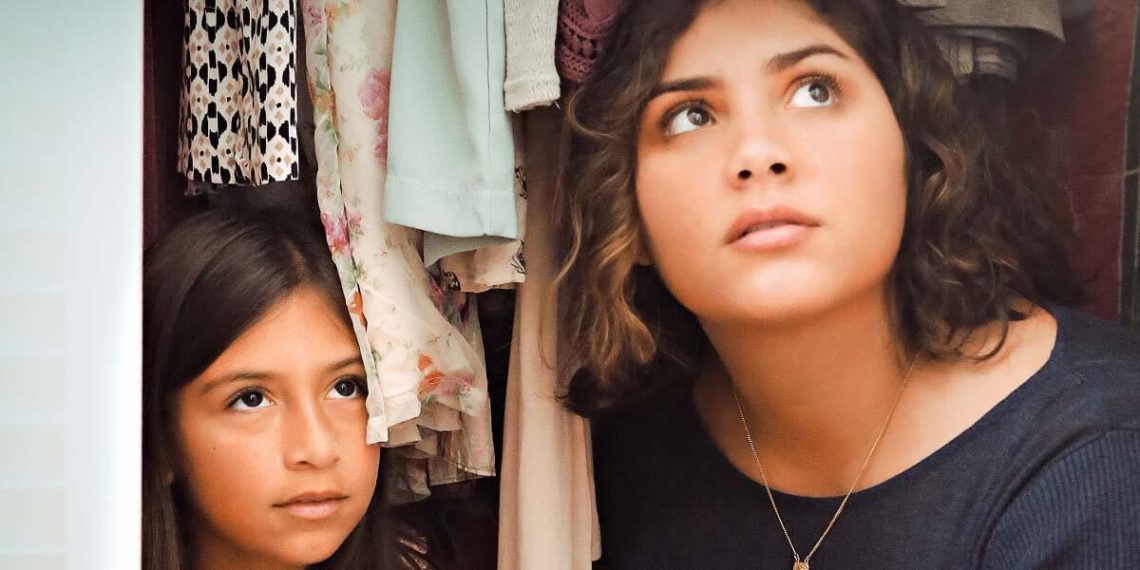 The film opens to a news byte in the background. Nicholas Maduro‘s Venezuela is getting worse by the day, it says. An eventual dictatorial rule is looming in the air it predicts. As if these lines weren’t enough to prepare the backdrop, cinematographer Evan Butka’s lens captures the framed photographs. It’s a family in arms, with an invisible thread holding them all together. And, in another 6:59 minutes, Analisa Moreno & collaborating writer Houry Magarian, bring forward a watertight screenplay of an immigrant family and their daily dilemma.

‘I.C.E CREAM’ is the story of a small family, comprising of a father and his two young daughters. Their lives as immigrants are made clear with not much subtlety. The Venezuelan flag proudly clinging to the wall is a testament to that. It’s their unease and fear that is well disguised. On the outside, they seem like any other family, content in their small world. But, the gripping fear they live with is palpable, to say the least.

One fine morning, when a letter addressed to Jonathan (Omar Andrade) arrives home, the veneer cracks. It doesn’t take long for the I.C.E officers to land at their doorstep. It’s from here on the sheer genius of director Aditya J. Patwardhan is put to display. Instead of sticking to the usual narrative style or plotline, Patwardhan spins the story to unimaginable consequences. The characters which are well-established by then, be it Daniella (Analisa Moreno) or Jonathan (Omar Andrade) or even the youngest of the house, Sofia (Zoe Lopez) undergo such spectacular character development that it is too moving for even words. Moreno’s writing ensures that the plot never wavers from its course, yet brings out fresh, never-seen-before scenes with such relatable, yet sub-texted dialogues that they are outstanding.

The simplicity of everyday life in a small family is well captured by Evan Butka’s camera. Complemented with Raphael Bittencourt’s still photography, the film offers sufficient backdrop to the former life of its characters. Callie voice-over is used as a background score along with Marconi de Morais’s music, which mixes so well with the narration, that it assumes another character in the film. The editing by Daniele Joi is sharp. At no stage does the film seem slow or dragging. Not just that, the pace is kept steady and not allowed to rush through to reach its climax, thus allowing the audience to soak in the seriousness of the situation and invest in their characters more.

One thing that supports the script is its location. Production Designer Carol Inoue has chosen a house that is very colourful contrary to the family’s life. The juxtaposition isn’t lost to its viewers. Instead of sticking out like a sore thumb, it adds a poignant tenor to the film. The acting is brilliant. Moreno as Daniella is moving. Her character arch is perhaps the best explored. The rest of the cast do justice to their characters as well, despite their limited screen time.

What’s most appealing about ‘I.C.E CREAM’ is the fact that its story is universal and in a short period of time, Patwardhan manages to take you into the world of love, fear and separation like none other… Watch out for the moment you realize what the title of the film truly means and how the family deals with their situation.