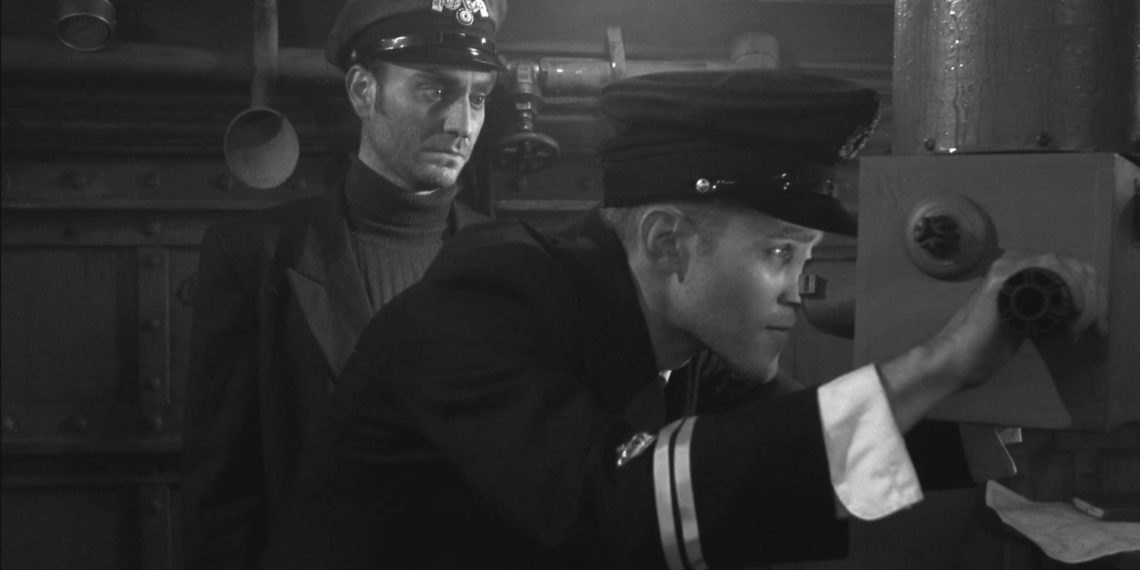 Writer/Director Juri Ferri chooses to film ‘UB-13’ on a 35 mm to make it look authentic to the WWI era. And lo and behold, we have ‘UB-13’; a ghost escaped from the hellish submarines of the early 20th century that remains the inspiration of the film.

‘UB-13’, based on a true story, follows the terrible wait and subsequent changes the crew of a submarine undergo due to the decisions made by an ambitious captain. Oberleutnant z. S. Arthur Metz (Dan Anderson) directs his crew to fire at an enemy torpedo ship much against the advice of his navigating officer, misses, instead; giving away their position and is forced to spend an extended period of time at the bottom of the sea. 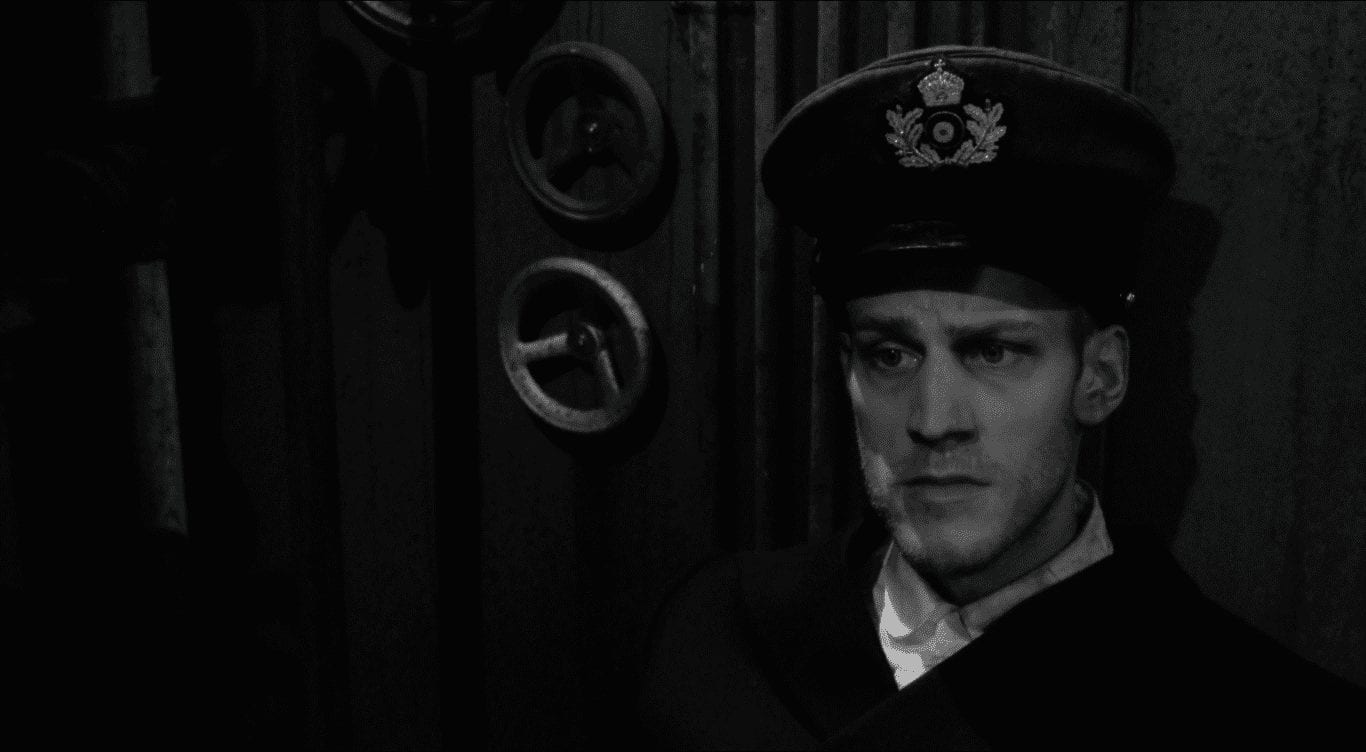 ‘UB-13’ is impressive for more reasons than one and not the least for its production design (Andrea Vigoni). Built in three days, the set looks completely authentic and deftly conveys the claustrophobic air – all the action takes place in the tiny control room that looks too small to contain six men and every set piece looks straight out from the 1900s. The claustrophobia is enhanced and heightened by its cinematographer Tom Hudson, who expertly creates a neo-noir look. Even a couple of low angle shots that are strongly reminiscent of Lumet’s 12 Angry Men benefits the film with its resemblance. This, coupled with Ferri’s decision to go analogue plus black-and-white, we have with us an honest treat for the eyes.

UB-13 explores themes of personal ambition versus humble leadership, embodied in the characters of Oberleutnant Metz and Steuermann Johannes Nierlich (Atilla Akinci) and their interpersonal dynamics. While Metz craves recognition, Nierlich moves with good sense and caution. Akinci portrays Nierlich with the quiet gravity that the character deserves, yet moving with a brusque self-assuredness, and the effect is calming; indeed he takes on the responsibility of soothing and reassuring his crew and even his captain while the latter gives up almost instantaneously. Anderson is best when he performs wordlessly, relying on his face to relay the ambition, the storm, the defeat, and the hopelessness within. When, by the end, Metz has undergone a drastic change in visage and nature, you cannot but be moved with empathy for him. 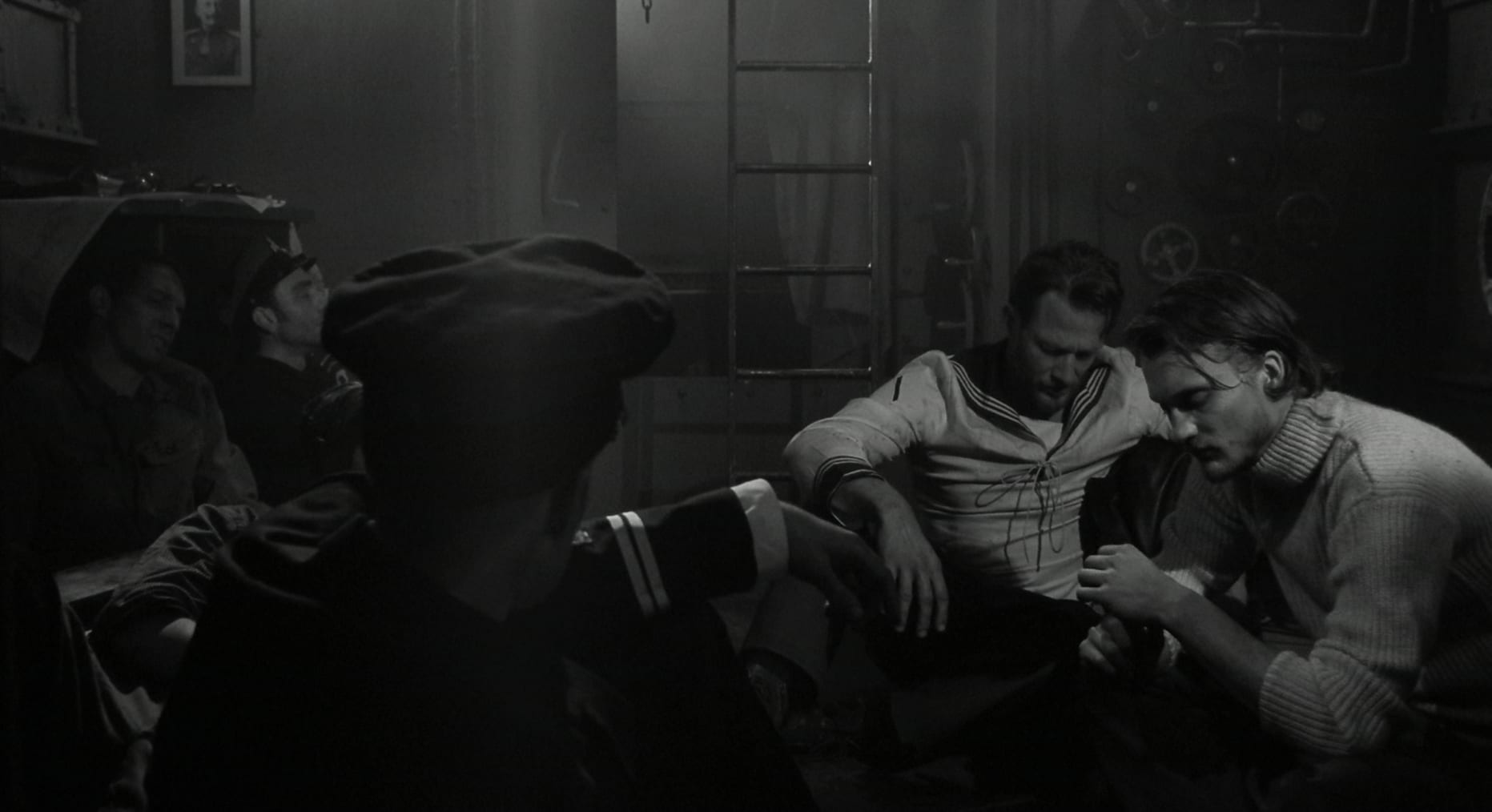 The film, however, falters in the pace of its narration. It begins to build tension so suddenly that it leaves the audience vague and lost, not having given them the time to invest into ‘UB-13’. This absence of neat escalation ends up needing a boost and the film uses its music – good music – to tell the audience how to feel; the effort is apparent and feels forced. Barring this misfiring, ‘UB-13’ is an absolute treat!

The film is worth watching for its masterful realisation of the director’s vision.

‘Aperture’ Is The Suspense You’d Have Preferred To Know Beforehand...