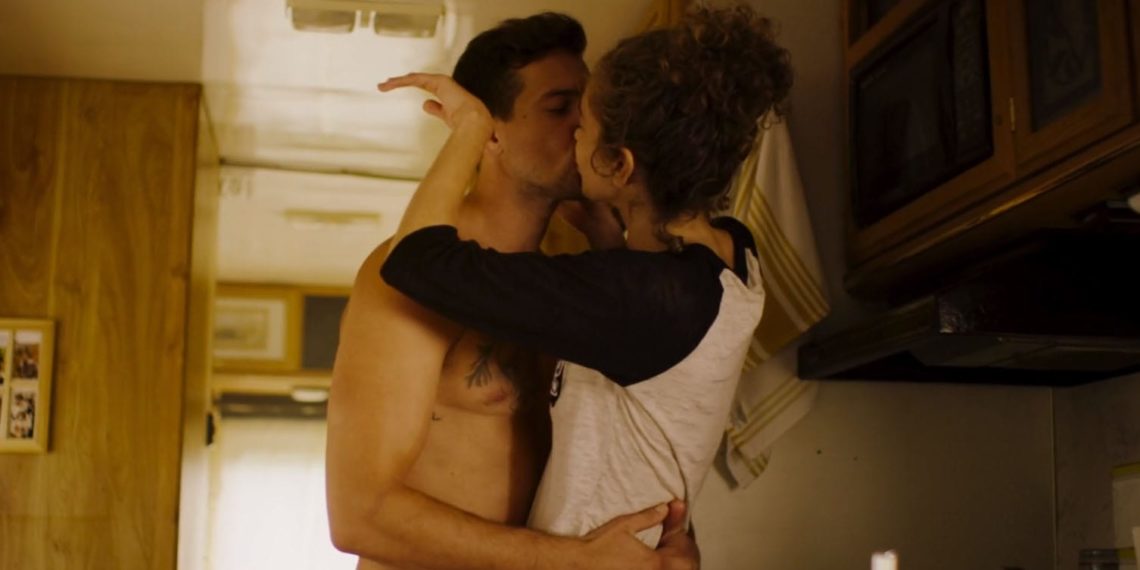 Produced by Jaden Braunwarth and Zlatina Pacheva, ‘Camping Trip’ is the thriller you’d probably find time-tested, but uniquely told under Amy McLeish’s able direction. At 16:13 minutes, the film is short enough to leave an impact, but also carries the bandwidth to be tried into a feature length. The lead roles played by Clayton Chitty (Gary) and Carmel Amit (Mandy) hold the film together as they grab the maximum screen time. The film is centred primarily on this couple, their dynamics, their secrets and the thin line they cross so often that it’s almost a blur. When during one of their secret rendezvous their hideout becomes exposed, the story makes for a thrilling shift from an illicit affair to a case of stark suspense and ominous fright.

Mobiles play an important role in this film, besides the cast. It’s used to the best advantage as a prop, overlooking the fact that perhaps, a place as remote as the one where the movie is filmed could possibly have had network issues. Regardless, it’s so convincingly pulled off by Chitty and Carmel that one wouldn’t worry much. The calls and texts pour in, incessantly, giving way to the holes of the script which would have been better off plugged. Even in the throes of their passion, the mobiles remain an active part of their relationship almost forming a ménage à trois. To, however, cap the suspense, Alessandro Saini skillfully composes a calm and relaxed soundscape that complements the storyline. The lighting is intentionally kept natural to not make the film seem like the quintessential thriller-suspense, which works in its favour. The dark undertones and warm hues used belies the narrative. The editing (Holly Pavlik ) is crisp; lending the extra note to each scene by deftly adopting cuts and smooth transitions at select points.

The shots of cooking are so well executed that they alone add a layer to the film’s storytelling. The location of the film which is based in the woods helps create an aura of utter isolation. These are all complimentary, but not sufficient enough to pull off a film of this genre had it not been supported with an engaging writing and cast. As the film progresses it becomes increasingly obvious as to the trajectory of the narrative, but when the suspected plotline is revealed, it’s done with such cinematic nuance and beauty that it makes for a must re-watch.

‘Camping Trip’ is an interesting story, told in an even more interesting way. It touches upon societal themes that one wouldn’t have considered while dealing with a film of this particular genre. It’s a film for those who don’t understand the black and the white and prefer to instead find a home in the grey.

‘UB-13’ Explores A Facet Of War The Other War Films Overlook...