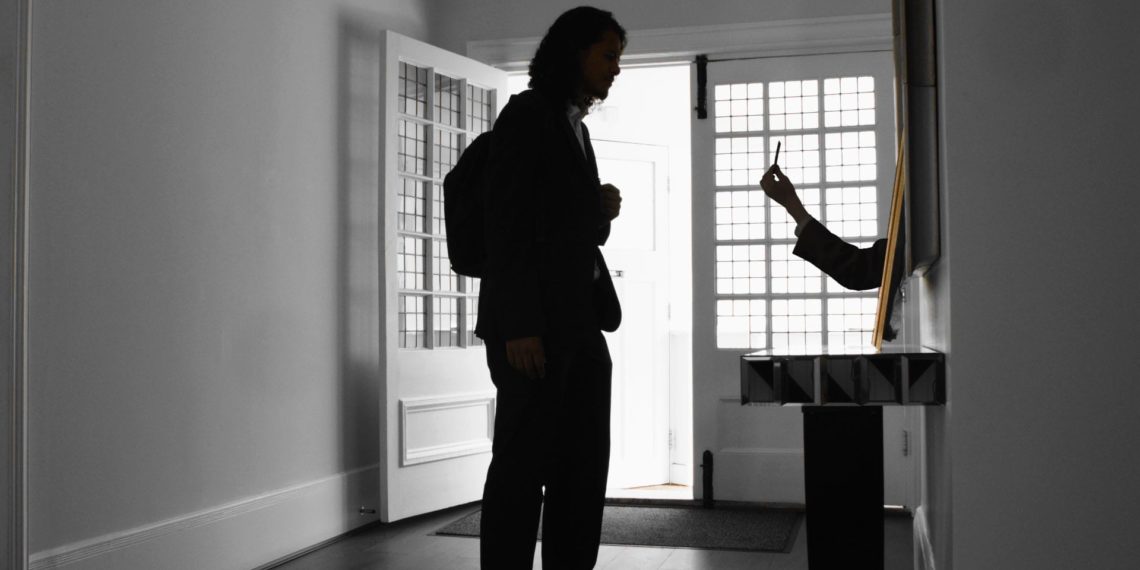 Each painting is a story. But, this one tucked in its golden frame is a living tale. For, it can deceive you with its tricks and magic. ‘The Portrait In The Lobby’ by Mycle Scheuer is the telling of a living fresco, a magician caught within the confines of a frame. Any trespasser would be intrigued by its strange, yet engaging liveliness. Even a moment’s trepidation wouldn’t drown the curiosity of going near it, revelling in it… But, is that a wise choice?

The movie in just 2:43 minutes of duration leaves you delighted, puzzled and captivated all through the way. The film is purely Mycle Scheuer’s brilliance. From being its director, editor, writer and actor Scheuer tackles with a rather complex narrative in a very simplistic manner. The colour palette of the film is limited to shades in monochromes. The effectiveness of the storytelling relies heavily on its content which is well accentuated in the vignette of shots that are limited in cast, colours and usage of minimalistic props. Alexandra Julien & Eric Nascimento’s music blends so perfectly into the storytelling that the background score doesn’t sound like its hovering to add dramatization. 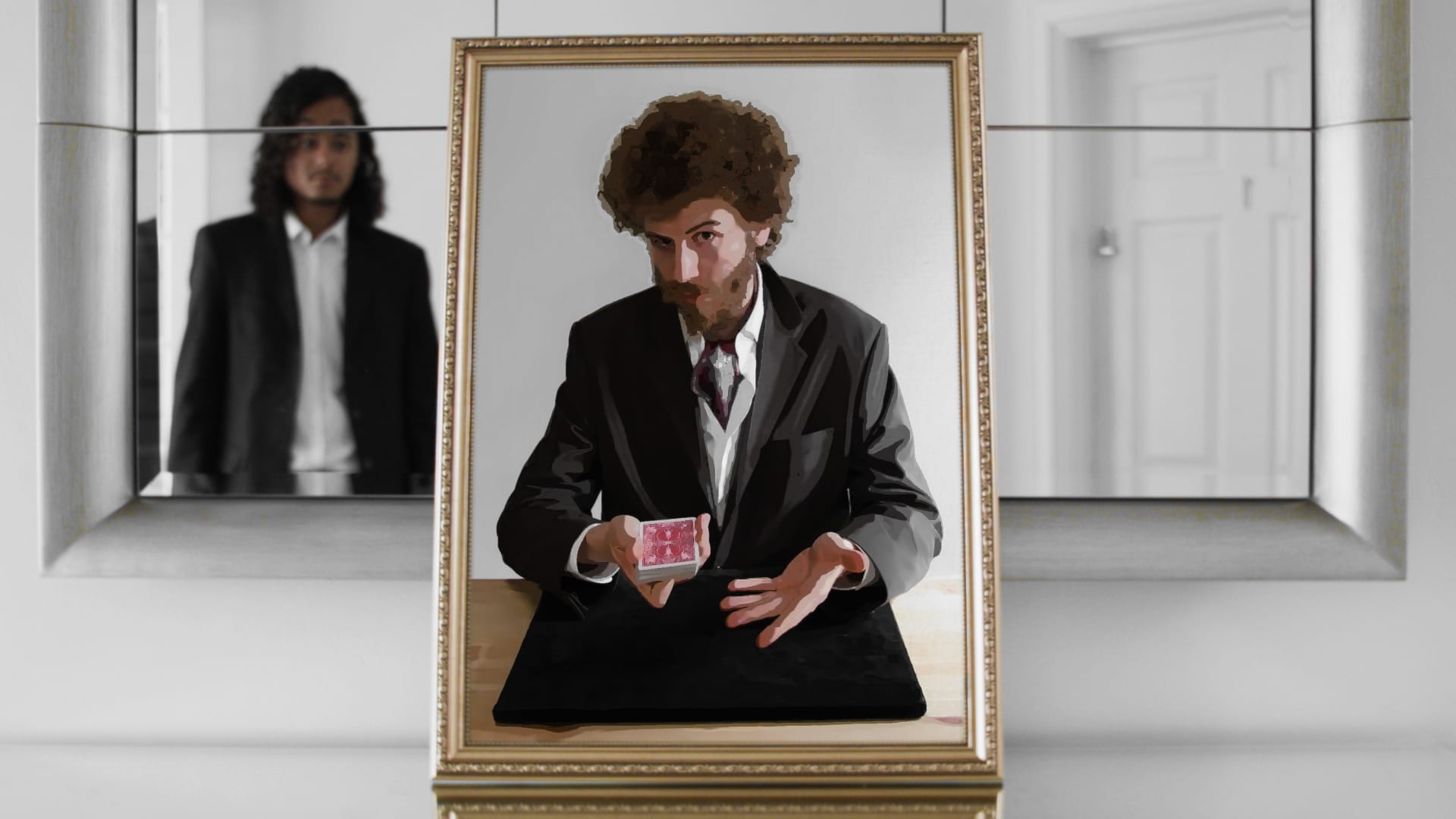 The movie contains no dialogues and is devoid of multicast. A case like this requires exceptional script and direction; both of which seem to have been a success in ‘The Portrait In The Lobby’. The USP of the film lies in the fact that it is appealing to all demographic groups, breaking boundaries of age, gender and genre-preference. Roles played by the actors (Mycle Scheuer & Eric Nascimento) are exemplary as they had the challenge of purely relying on their acting chops, since there is no way a dialogue delivery would have eased their performance. Even the slightest smirk or raising of the brow added volumes to their characters.

The story has an old-world charm to it, as if its taken from some book of fantasies and tales. So, although the story may seem vaguely familiar; the freshness in terms of acting, setup, and ambience captured within the frame makes ‘The Portrait In The Lobby’ truly magical!

‘The Portrait In The Lobby’ Is The Perfect Blend Of Magic & Amusement!
3.5 / 5 Stars
Direction
Cinematography
Screenplay
Editing
Music

Watch The Portrait In The Lobby Short Film

‘Mister Swolo’ Is a Eccentric Piece of Surrealist Comedy…

'Mister Swolo' Is a Eccentric Piece of Surrealist Comedy...