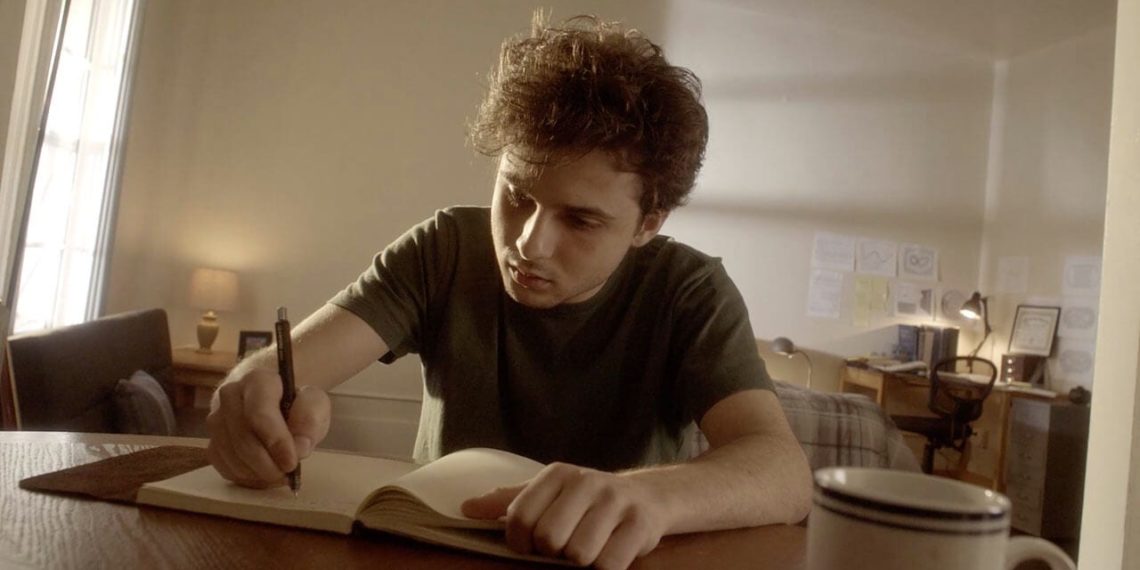 Written and directed by Nicholas Davidoff, ‘Disorder’ follows Adam Huxley (played by Dylan Schmid) through his spiral into utter chaos following psychiatric treatment. We meet him first in his college dorm, restless and anxious, before going back into his high school days when he is on the cusp of his college and perhaps, an illustrious career in neuroscience.

The film shows us right off the bat that this is a brilliant but “odd” student – he corrects his teacher, isn’t very social, everyone openly whispers about him, gives him strange looks, and he makes a sketch of a girl in his class who, for all we know, has smiled at him but once. Soon, Adam is at the doctor’s, who lists off his symptoms and initially diagnoses him with social anxiety disorder and suggests medication as the most effective line of treatment. His symptoms quickly worsen and he begins having violent impulses. Meredith Salenger and Jamie McShane play his parents. He eavesdrops on them having an agitated conversation about his mounting symptoms and later, has violent delusions about them while standing outside their bedroom door. It’s the start of the spiralling downward. 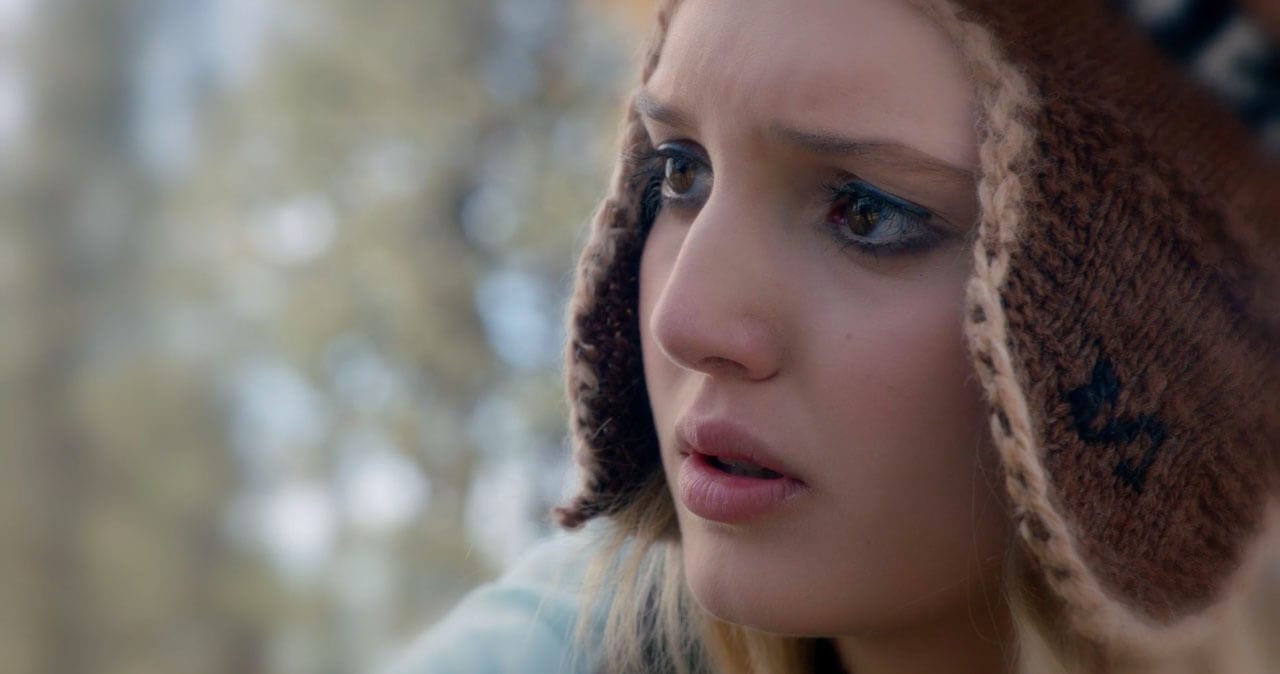 Coming back to the present, Adam stands in front of his bathroom mirror, drugs in hand as he has torturous, violent visions of himself. He does not take his mother’s calls and has been effectively been suspended from his university. He has visibly worsened since high school. His sketches have now moved onto horrific portrayals of his mental torment. The film often shows Adam with his high school classmate Lizzie (Kaitlyn Bernard) but is ambiguous as to their reality; perhaps intentionally so.

As he describes to his doctor, he has dreams and visions of people screaming and suffering – a mirror to his own distress and he takes comfort knowing that they suffer from what he suffers. In response, his doctor ups his dosages and prescribes new drugs, despite Adam’s misgivings.

Davidoff (also the writer) uses Adam’s college application video to show the stark change in him and it’s ingenious because it’s effective! The slow transition into a mere shadow of his former self lays out the arch of the character. ‘Disorder’ does a laudable job at portraying mental illness from the perspective of the patient; it is real and raw. Schmid is unbelievably convincing and gets Adam’s behavioural ticks and symptoms right. What does not work in the film are the high school scenes which feel too contrived and overdone, relying on tropes to shape Adam’s character and life. His parents’ characters are again, tropes and are underwritten, their conversations feel dull and lack the synergy it could have added to the story.  The acting, however, isn’t! Schmid beautifully captures the agony of his character, the brilliance of a mind that once shone bright, the aching heart and soul of a sensitive person who can’t save himself from the ultimate destruction he has prepared himself into… 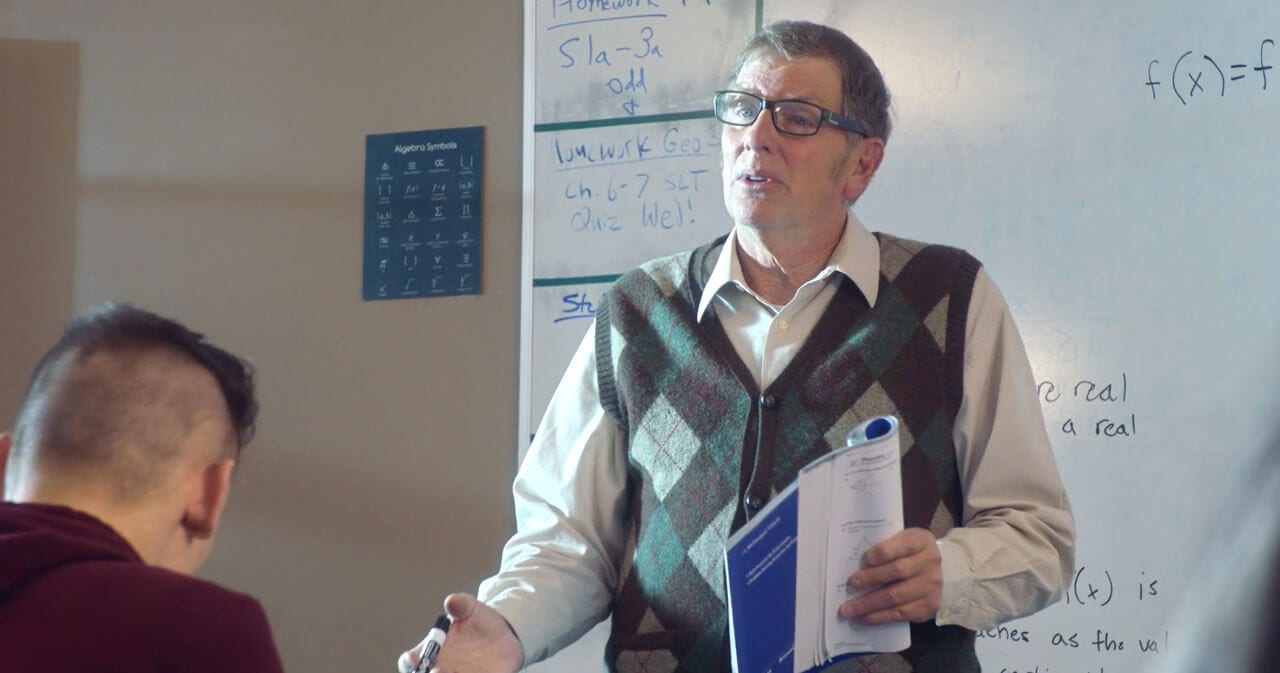 ‘Disorder’ is a well-edited drama that shows us the inside of Adam’s head to get into ours and successfully leaves the audience tingling from the horror, of not just the physical tragedy but of the biting agony of mental illness while also questioning, if the help we receive is not all the more aggravating.