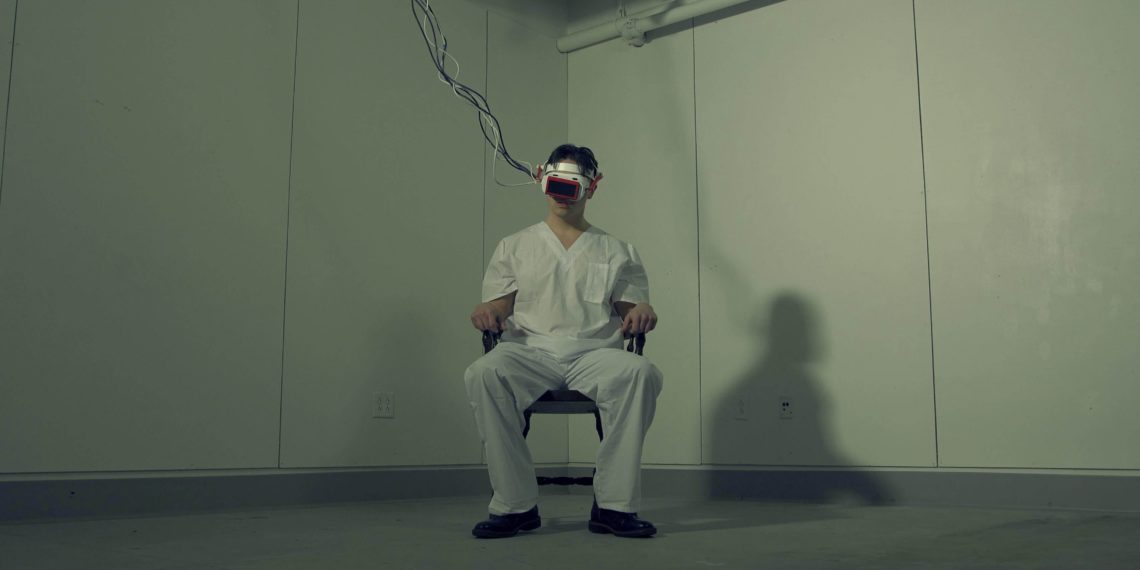 ‘When Mentioned’ impresses from the get-go with its cinematography (by Jenny Whipple) and sound design, diving headfirst into the story and then pulling the audience in along with it. Featuring Han Matthews as Tyler and Samuel Caswell as Dan, ‘When Mentioned’ offers an unsettling glimpse into Dan’s efforts to wrench out Tyler from a distorted reality Tyler created to protect himself from the memories of a trauma.

Opening with Dan reminiscing about their schooldays, the narrative gives the audience limited information, making us an outsider to the conflict between Tyler’s warped reality and Dan’s seemingly nostalgic recollections as they drive through a forest & their early years. Dan, as it appears, is trying to get Tyler to remember their past — and present — while Tyler chatters away in a lifeless tone, oblivious.

Matthews is impactful, thanks to both his performance and the editing; Caswell is believable. He would have, perhaps, done full justice to his role in a longer runtime. At a little over 5 minutes in duration, ‘When Mentioned’ benefits greatly from its tightly paced narrative and editing. The VFX effects are expertly placed, giving clue to the underlying truth and is used as an instrument to emphasize the mood of the film.

The other tools that director Chris K. Daniels uses are low angle shots and tilts (often both) — mostly effective but sometimes a little too in the face. The film is ironically bereft of any warmth despite Tyler talking of a sunny weather or Dan of their warm, happy days. It’s inconsequential as the mood stays forbidding and tense all through, which is to the credit of the filmmaker. Overall, Daniels uses mostly traditional methods to craft an interesting suspense, building up to a satisfying climax and dénouement.

‘When Mentioned’ offers you a satisfying suspense in a matter of minutes!
3.9 / 5 Stars
Direction
Cinematography
Screenplay
Editing
Music