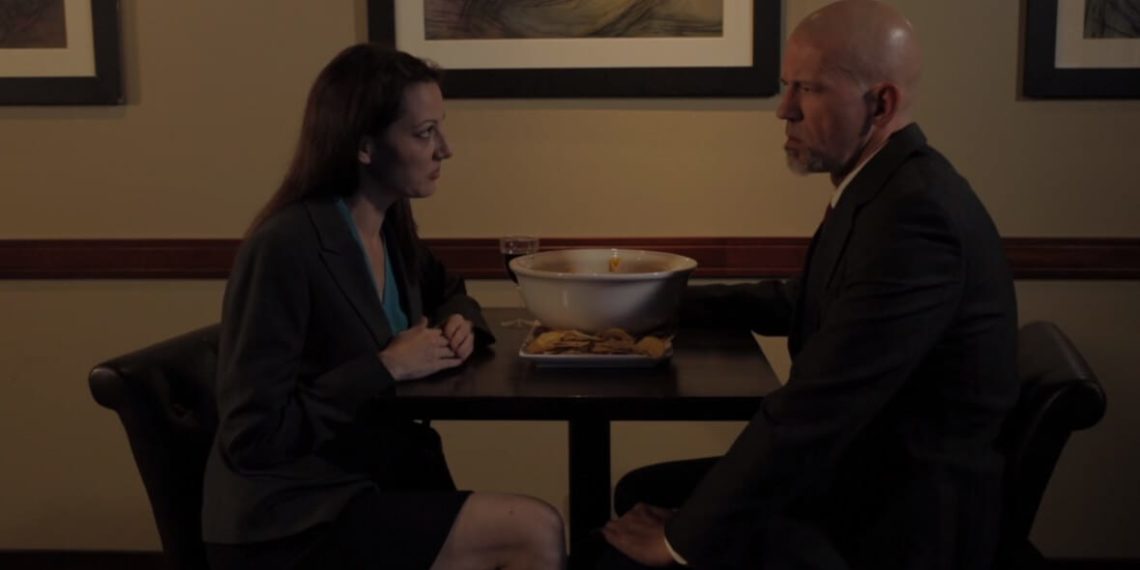 At 5:58 minutes, ‘Corporate Shenanigans’ is as entertaining as it can get! The plot follows an estranged couple who despite their reserve and obviously feigned detachment can’t help but notice and be bothered by one another. They belong to the same workspace after all! Jimmy (Charles A. Bush) and Lexie (Sarah Ratan) are in a race to outdo one another, and this time it’s a potential client that is the prize. The coveted prize, Derek (J. R. Kerr) is the president of one of the largest cleaning solutions company in America & Jimmy and Lexie can’t try any harder to win him over, or is it?

Director, editor, writer and actor, all-rolled-into-one Charles A. Bush has done a marvelous job in kicking in right proportions of humour, drama and subtle hints of romance. However, where the script could have done better is in the development of its characters. For instance, Jimmy’s best friend David (Cooper Carr) seems like an unnecessary addition as he doesn’t have much to contribute to the storyline, save for breaking the narrative into caricature-ish portrayals. 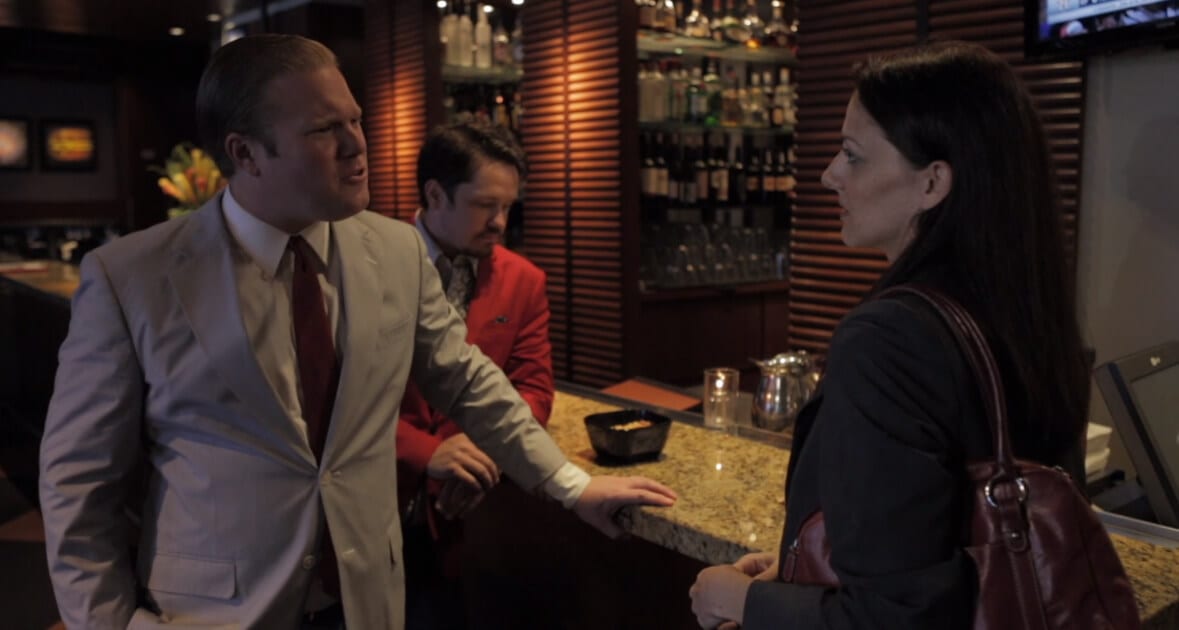 The saving grace is that Cooper Carr despite having only minimal dialogues shines through in his performance. With a great body language to fall back on and neat dialogue delivery, he owns the scene every time he appears on the screen as does Kerr.

The songs ‘Alright’ and ‘What it feels like’ are both very slap-up but as a viewer, one might find the former number somewhat ill-suited. But it’s hard to complain when the rest of the background score fits in seamlessly. 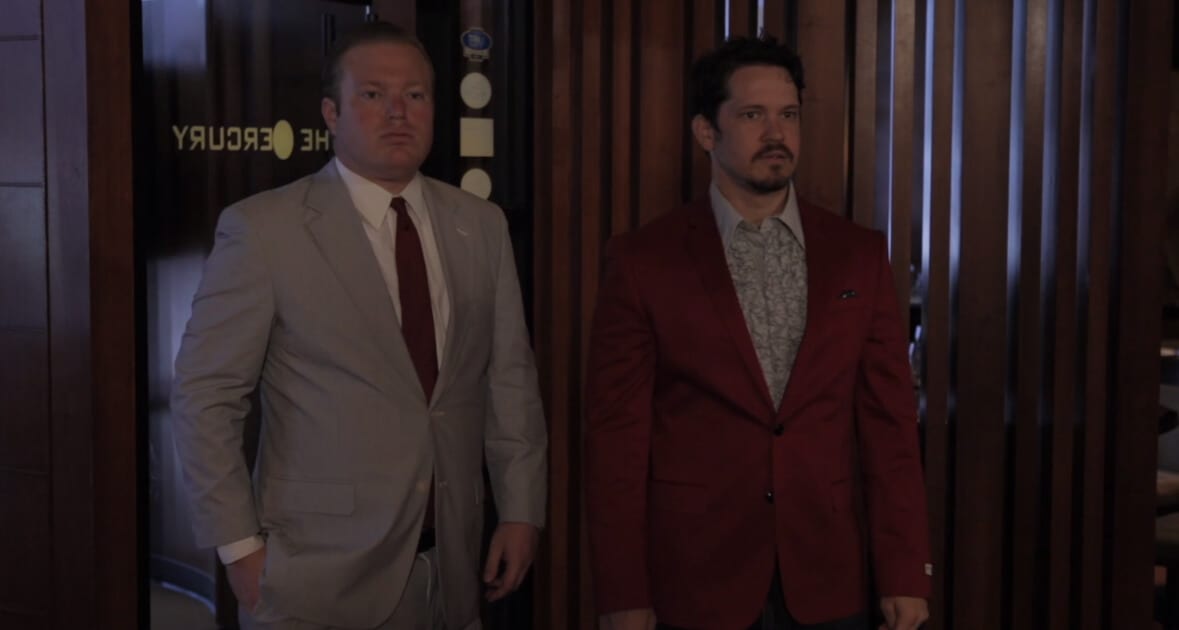 Director of photography, Sophia Basiliadis adds beautiful frames of well-shot interiors. The editing, however, could have made it seem neater. Overall the film sails through effortlessly due to its simplicity in execution.

If you’re looking for a light rom-com meets comedy, ‘Corporate Shenanigans’ is right up your alley!

‘The Dos and Don’ts of Doomsday Cult Dating’, Is An Unusual Workplace Comedy...